How Sinn Féin would build an additional 6,600 homes on top of current Government proposals 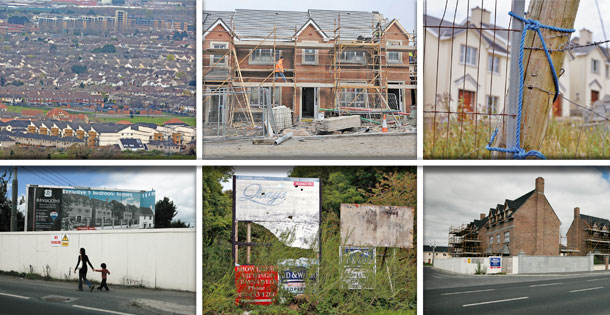 • Sinn Féin demands an end to the housing crisis anois – make housing a right, not a privilege!

Some 90,000 households are in housing need across the 26 Counties. Each one of those 90,000 is a family or individual without a proper home.

THE HOUSING CRISIS is deepening by the week.

Some 90,000 households are in housing need across the 26 Counties. Each one of those 90,000 is a family or individual without a proper home.

Many are living with relatives or friends in grossly overcrowded conditions; others are living in sub-standard and over-priced private rented accommodation; others still are in emergency accommodation for the homeless provided by local authorities or charities, or are among the growing numbers sleeping rough on our streets.

This is a shocking indictment of the abject failure of housing policy (if it can be called policy) on the part of the last Fianna Fáil-led Government and the current Fine Gael/Labour Coalition.

The crisis is directly related to the property bubble that led to the collapse of the economy in 2008. The building boom was based not on fulfilling the social need for housing but on the greed of the developers, bankers and politicians who inflated the property bubble with catastrophic consequences. Those who got on the ‘property ladder’ were saddled with unsustainable mortgages and negative equity and those who relied on social housing were left even further out in the cold.

Yet the Irish Troika (Fine Gael, Fianna Fáil and the Labour Party) failed to learn the lesson. They continued to rely totally on the private sector to provide housing, even after the private housing sector collapsed. Since 2008 they have cut over €1billion from the housing budget, not including cuts to Rent Supplement.

The current Government’s ‘Housing Policy Statement’ of June 2011 compounds that failure. It rules out large capital-funded construction programmes by local authorities and it continues to rely on the private sector to meet the massive need for housing.

The ‘Housing Policy Statement’ commits to “making the private rented sector a stable and attractive option for all”. But the very opposite is happening, especially in Dublin. Rents are rising, exceeding Rent Supplement rates, and forcing many people into deeper poverty as rent consumes their incomes, or pushing them out of rented dwellings and into emergency homeless accommodation or on to the streets.

Urgent action is required to address the housing crisis. Current Government policy must be dumped and the local authorities must be given a lead role once again. 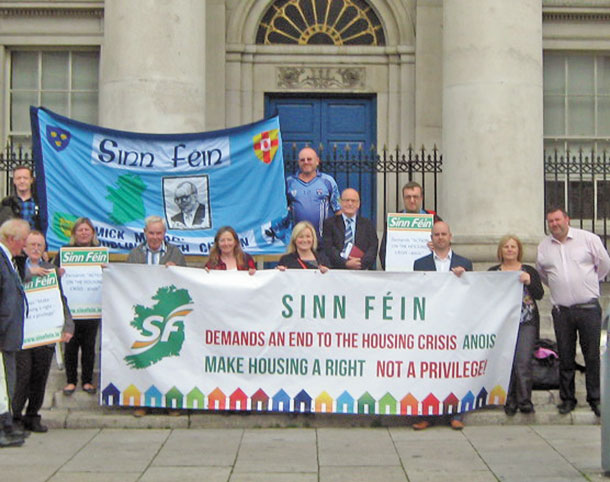 How we can deliver more

We have identified €1billion of unused money in Ireland’s Strategic Investment Fund.

Current cost projections from the Department of Environment state the average cost of building a new social housing unit is €151,477

Originally we had planned to spend part of the €1billion on renovating the remaining long-term vacant units which the Department of the Environment had identified but Minister Jan O’Sullivan has committed other funds to do this recently following continued pressure from Sinn Féin to deliver housing.

Using this money we have identified, the Government could provide an additional 6,600 homes on top of their current targets.

The 6,600 projection is based on costings from the Department of the Environment as well as DoE figures on long-term vacant social housing units.

These are conservative estimates based on real Government figures but which would have a dramatic effect on the lives of many people in desperate housing need.

In 2012, when Sinn Féin originally proposed a large-scale investment, we projected as many as 9,000 homes could be built for the same money. Regrettably, the Government failed to act and this inaction has meant numbers have had to be revised down.

Sinn Féin is dedicated to offering realistic and achievable solutions to the housing crisis. This investment is part of that. We are not interested in plucking numbers out of our imagination or accepting the status quo where over 100,000 people are not adequately housed and more and more are homeless or at risk of homelessness.