Water tax to be turned off by Sinn Féin in Government 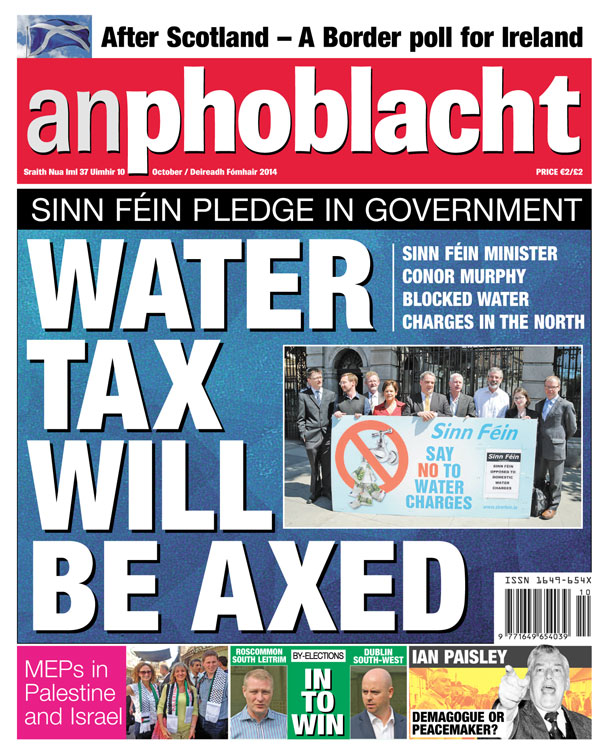 Taxpayers are funding “a corporate monster” that the public is picking up the bill for, Brian Stanley, Sinn Féin Environment & Local Government spokesperson said.

IN GOVERNMENT, Sinn Féin will abolish the water charges in the 26 Counties, the party has said in launching its proposals on what Gerry Adams has called this “unfair and unacceptable” new tax imposed by Fine Gael and Labour but devised by Fianna Fáil.

The Sinn Féin leader says consumers are being forced to pay twice for water and sewerage services as they already pay once through their income tax.

Bills from Irish Water – Uisce Éireann will start dropping through the letterboxes of almost two million households from January with an average annual charge of €280 for already-struggling families to have to pay.

The household water charge was conceived by the previous Fianna Fáil/Green Party Government who agreed the policy with the EU/IMF/ECB Troika as part of the financial bail-out in December 2010. 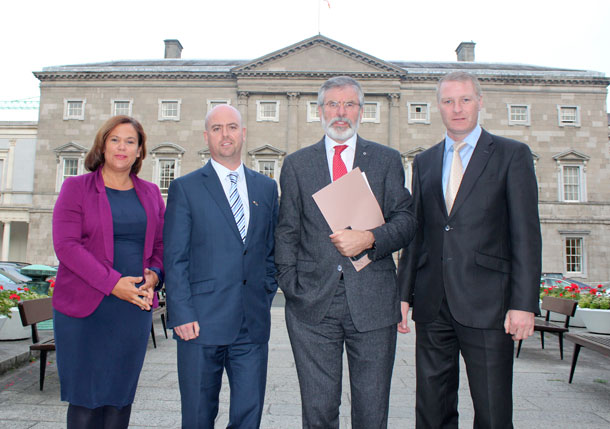 “Sinn Féin believes that households already pay for these services through their income tax. Citizens should not be forced to pay twice.

“Ordinary citizens and families across this state are being forced to pay yet another regressive tax to repay a banking debt that is not theirs.

“Those responsible for causing the economic crisis, the collapse of public finances, the forced emigration and mass unemployment remain unaccountable for their actions.

“Households already do pay for water and sewerage services through general taxation.  This is how we have financed these vital services to date.

“The Government are imposing a second charge through a household bill which Sinn Féin rightly opposes because it is unfair.

“Sinn Féin in Government will commit to reverse these household charges if they are not stopped.” 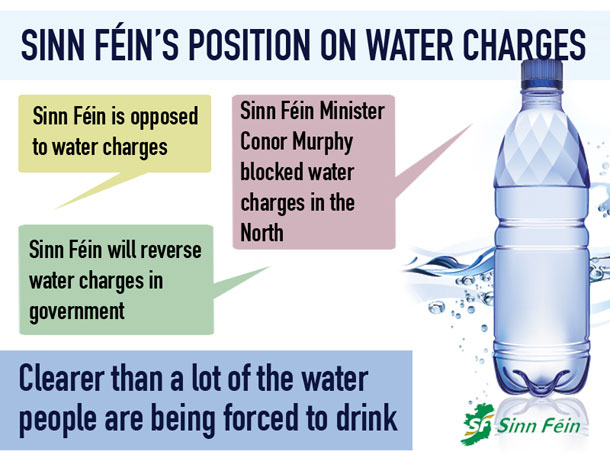 Gerry Adams pointed out that, in 2007, Sinn Féin in the power-sharing Executive government at Stormont reversed the plans of British ministers from Westminster to introduce water charges in the North. Stopping the introduction of charges saved households an average of €490 a year, according to the Utility Regulator.

Sinn Féin also ruled out any future privatisation of “this critical public service”.

With Sinn Féin in government in the North, more than one billion pounds was poured into a major upgrade of the water and sewerage infrastructure, benefiting almost one million households and businesses in a programme that has improved drinking water quality, protected the environment and supported the local economy

Some of Sinn Féin’s proposals 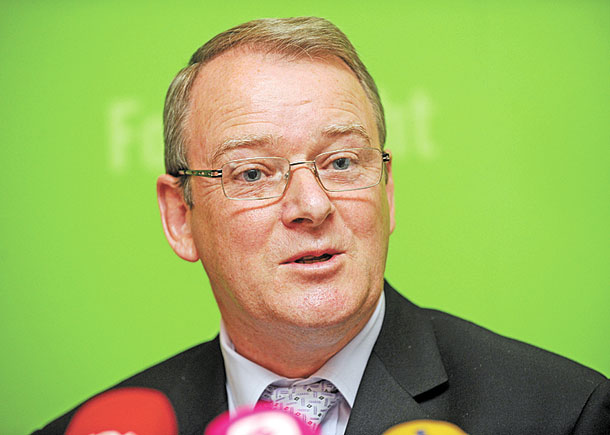 Taxpayers are funding “a corporate monster” that the public is picking up the bill for, the Laois/Offaly TD said.

“Control of the water service ought to have been left in the hands of reformed local authorities.”