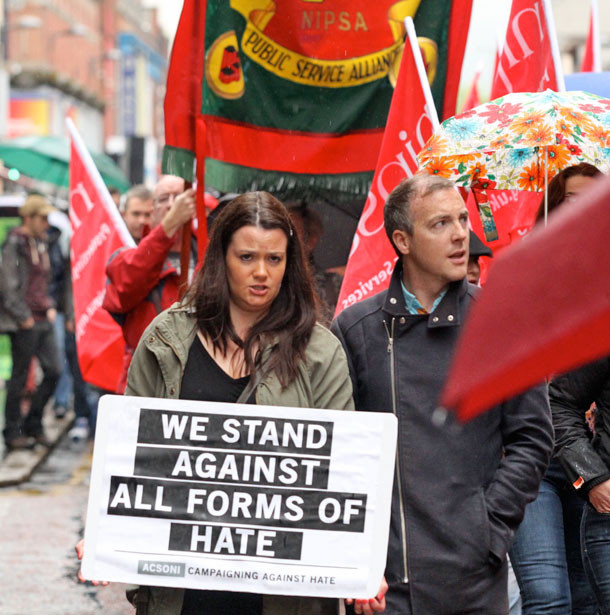 The political process is in trouble. Politics has become paralysed by a toxic mix of heightened sectarianism and increased racism. This status quo challenges us all

SEVENTIETH anniversary ceremonies to mark events that changed the direction of the Second World War have just concluded.

Massive human carnage was caused in that conflict. After two wars within 30 years, Europe then had to compromise so as to find a relationship with its history and avoid recycling past pain for later generations.

In July of last year, Richard Haass and Meghan O’Sullivan from the United States began preparing for the inter-party talks here. They facilitated an inclusive process on how to resolve some of the Peace Process’s unfinished business.

A package of compromise proposals was produced aimed at a way forward. Political unionism opposed its implementation and continues to be emboldened in its stance by British Government prevarication.

As a result, a two-year long political impasse has deepened and the potential for a worse vacuum is very real.

The two governments have a joint responsibility to stop that happening. The significant influence of the US is now more important than ever.

The political process is in trouble. Politics has become paralysed by a toxic mix of heightened sectarianism and increased racism. 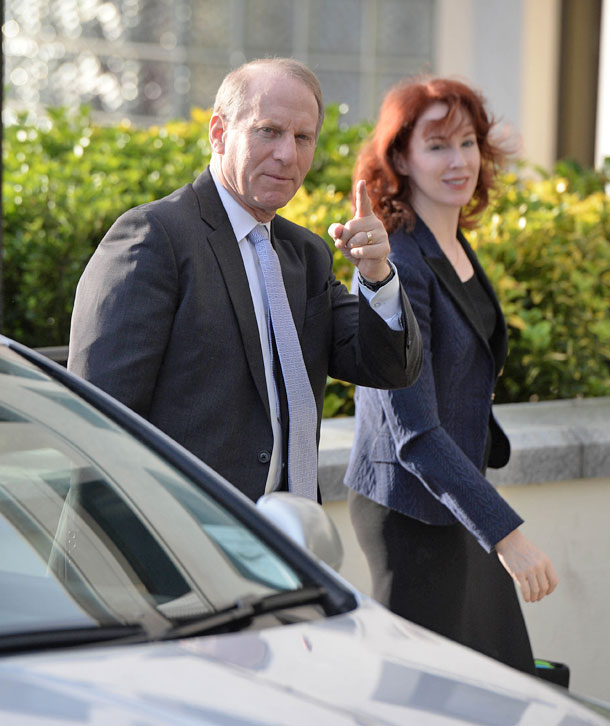 This status quo challenges us all.

In the absence of serious political engagement, wider society needs to explore what more can be done to break down division and create trust.

A positive, critical mass supporting reconciliation is needed within our society.

Over two years ago I wrote in An Phoblacht that republicans should “recognise the healing influence of being able to say sorry for the human effects of all actions during the armed struggle”.

Some responded positively; others didn’t respond at all.

“The future will not be found in denying collective failures and mistakes or closing minds to the plight of those who have been hurt. That includes all of the victims of the conflict, combatants and non-combatants.”

Words are important. So too are actions. 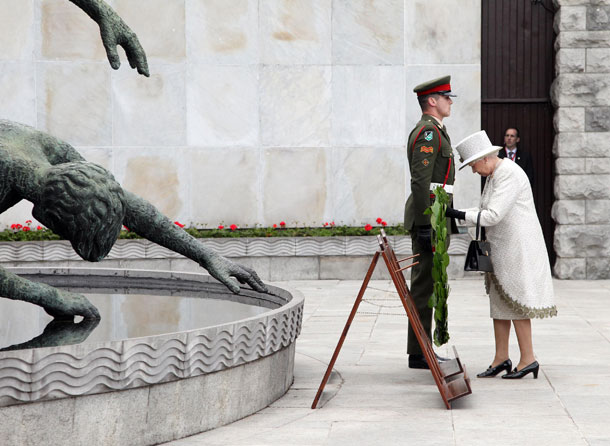 In June 2012, Martin McGuinness met Queen Elizabeth in an unprecedented act of reconciliation. That followed her own seminal words in Dublin on the past that things could have been done differently or not at all.

We all have much to forgive and have forgiven.

We may never agree on the multiple narratives of our past. They are a reality. But they must not be allowed to destabilise our present or future.

We can, however, surely agree that we have all been hurt — orange and green, republican and unionist, all religions and none. Political gridlock should not stop us addressing this fact.

There is no hierarchy of humanity. Acknowledgement of the suffering of each other would be a very important gesture. The challenge is to do so without recrimination.

In the absence of political agreement on dealing with the past, this would require huge grace and generosity from all sides. But it is possible.

Regardless to the context, no war or conflict should be romanticised. We should try to agree that all hurt is the same and therefore warrants acknowledgement with sincere remorse.

The expression of remorse and regret for death or injury during the conflict could help deepen understanding and respect. And whilst perhaps an “uncomfortable conversation”, this does not need to imply self-reproach or accusation.

Its importance would be as a step towards reconciliation and healing.

Sinn Féin believes that, with good faith, sincere remorse should be embraced. It should not be confused with attempts to achieve repudiation of political responsibility or allegiance.

Political differences must not be contested on the hurt or suffering inflicted by and upon all sides.

The Good Friday Agreement is the Rubicon over which we passed, away from political conflict.

The Haass proposals are a new potential watershed framework.

Moving forward will inevitably require risks to be taken.

In the midst of current difficulties, civic society has spoken out powerfully against racism. That momentum should now be harnessed to bring our society over a new Rubicon, one which finds expression through the sharing of remorse and regret for the hurt of all victims, and their families who continue to suffer.

Political extremists and ‘blame game’ politics are stopping engagement and progress on reconciliation.

This broken society will not be healed with continued recrimination. The present status quo is untenable. Sustained positive leadership from within civic society on the need for grace, generosity, remorse and acknowledgement would introduce an entirely new dynamic.

Civic society must challenge politics, make demands of political leaders and set tests for all political parties to do better.

Sinn Féin will respond to that in good faith.

It is time for our community to move forward.

Developing reconciliation and healing must no longer be undermined by negative politics.