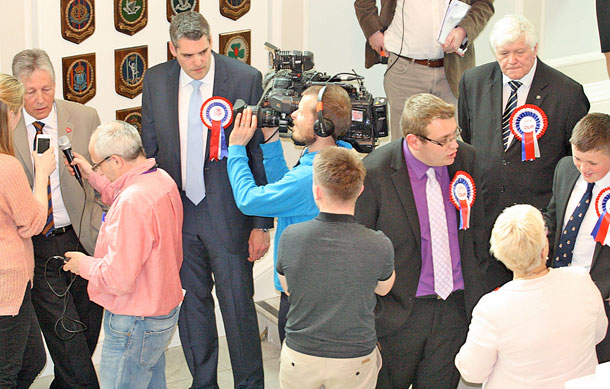 • Peter Robinson: The focus is on the DUP leadership

THE European and local election campaigns in the North took place against the previous 22 months of impasse in the political process and instability on the ground. The agenda for political unionism has been set throughout by Orange and unionist extremists, and that has resulted in both the Democratic Unionist Party and the Ulster Unionist Party failing to unambiguously support power-sharing and partnership government.

A sectarian race to the bottom between unionist politicians and unionist paramilitaries defined the lead-up to these elections. That’s reflected in the electoral deals made between some of them and the electoral turf competition among others in Belfast.

The European and council election results within unionism are a product of all these factors – and the over-riding absence of positive unionist political leadership.

Instead of standing up against the rejectionist, right-wing of unionism – and those who sought to exploit flags and parades disputes to inflame sectarian tensions for electoral and political reasons – both the DUP and the Ulster Unionists became complicit.

In the process, the Ulster Unionists attempted to outflank the DUP by trying to be even more intransigent, as evidenced most recently by withdrawing from the party leaders’ talks. Ironically, its own European electoral project was still run very close by Jim Allister’s Traditional Unionist Voice. 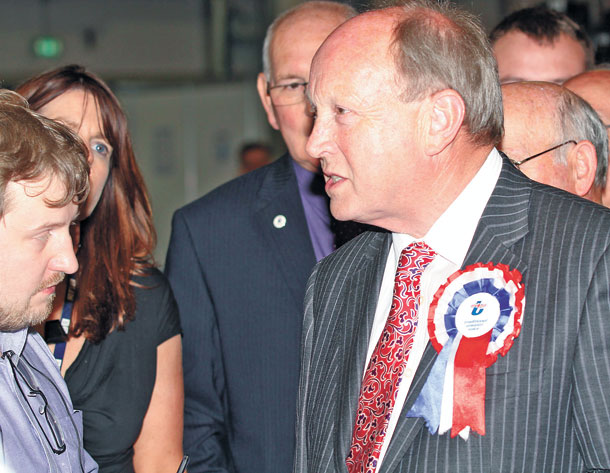 Meanwhile, the DUP haemorrhaged support and lost seats to both the Progressive Unionist Party and the TUV in Belfast, and particularly to the TUV in Counties Antrim and Derry. The combined European and council interventions of the TUV, PUP and UKIP restricted the DUP’s overall share of the vote to 23.09% and 20.09% in the council and European contests respectively.

The implosion of  Basil McCrea’s NI21 48 hours before polling day means there is no way of measuring the extent to which it might have  energised and appealed to a dormant popular unionist vote which was not sufficiently attracted to the Alliance Party.

Significantly these elections show that Alliance held its own despite the concerted intimidation of its party organisation and supporters in Belfast, and Counties Antrim and Down. That very resilience has now revealed the existence of private talks about unionist unity pacts to take back Westminster seats such as East Belfast presently held by Alliance.

The PUP had two council seats beforehand, now it has four, three of them in Belfast, and two of these at the expense of the DUP. This party’s future prospects depend on whether it will concentrate upon developing a constructive form of unionist class politics or remains locked into a negative strategy based on sectarian agitation.

One strategic question arising is if these election results for unionism will add to the political impasse or might they become a catalyst for immediate discussions on actual implementation of the Haass compromise proposals and making partnership government work.

That will depend on whether the DUP, in particular, embraces its electoral mandate with confidence as the main unionist party and adopts a progressive direction, ignoring the extremist influences of the TUV and also some within its own party. That would be the right position to take.

Likewise, Ulster Unionist leader Mike Nesbitt has to decide if he will use his party’s electoral mandate to give positive leadership or not. 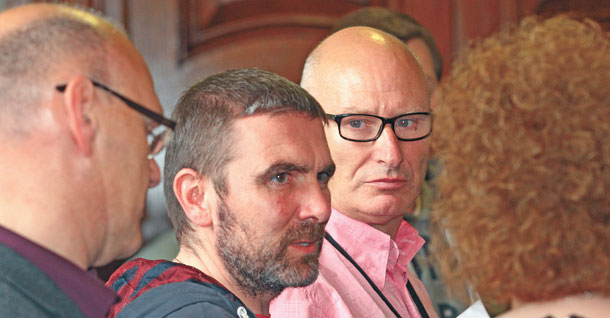 The onset of new local councils should represent an opportunity for real power-sharing in local government. That’s power-sharing which is free from the sectarian hostility contaminating Northern politics and directly preventing the political institutions from delivering the change our citizens deserve.

The DUP and Ulster Unionists should commit to power-sharing now.

Moreover, given the electorate’s punishment for those parties which have supported austerity measures elsewhere on the island, there is a compelling case now for all parties in the North to unite in full opposition to the British Conservative welfare cuts agenda.

These challenges and others will both test and demand leadership of and from all parties. If political unionism (and especially the DUP) is prepared to move forward, progress can and will be made. The opportunity will exist to do so in the coming period but only if the potential for street instability during this summer’s marching season and Conservative/unionist horse trading in advance of the next Westminster elections are not used to block progress.

Unionism faces new questions and will have decisions to make when the dust settles on the Northern election results.

Whilst republicans can take confidence from our all-Ireland electoral advances, in the North, Sinn Féin must continue to be conciliatory, generous and to stretch ourselves in the interests of developing reconciliation among all traditions.

There is only one future for everyone. Realising its potential will require acceptance that the status quo is not an option and an agreed, positive political strategy between all parties and the Irish and British governments is inevitable.