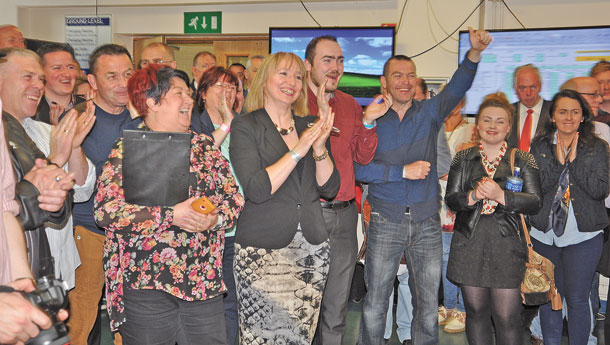 In some areas (such as the Collin district in Belfast, where five Sinn Féin candidates were elected), Sinn Féin strategists gave other parties a master class in the intricacies of vote management

SINN FÉIN is now the largest party in the Six Counties following the May local government elections.

More people voted for Sinn Féin across the North than any other party, with 151,135 voters giving Sinn Féin candidates their first preference.

The party secured 24.7% of the vote, the largest share of the votes among all parties.

105 seats were secured for the 11 new ‘super councils’ created as part of the Review of Public Administration, the largest transformation of local government in the North for 40 years.

Voters across the Six Counties went to the polls on Thursday 22 May and the long process of counting the votes began the following morning and continued until the early hours of Sunday morning before the full results were known. 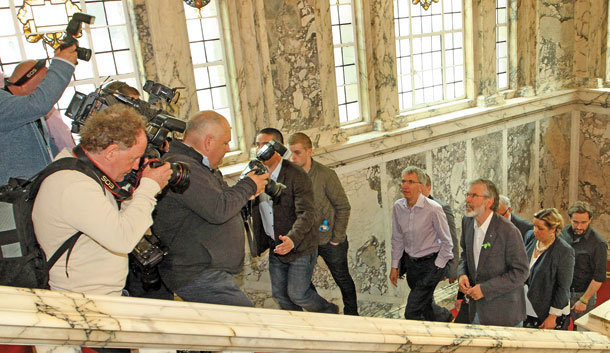 At count centres across the North, tally figures were examined, quotas set and transfers debated as candidates, and party activists gathered with pundits and the press to await the results.

One thing that was clear, however, is the large numbers of people in every part of the North – from the Bogside to Belfast, Antrim to Armagh – supporting Sinn Féin.

In some areas (such as the Collin district in Belfast, where five Sinn Féin candidates were elected), Sinn Féin strategists gave other parties a master class in the intricacies of vote management.

The boundary changes brought on by the Review of Public Administration created new opportunities but also new challenges. 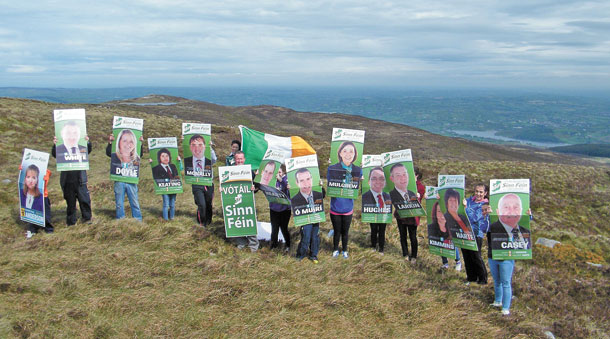 In some areas it provided an opportunity to pick up an additional seat or increase the party’s share of the vote, while in others it presented difficulties for sitting councillors whose traditional area had changed.

In Derry, Sinn Féin picked up an extra seat in the newly-created Ballyarnett ward, bringing the total to ten seats in the city, overtaking the SDLP to become the largest party for the first time.

In Belfast’s Titanic area, boundary changes meant former Mayor Niall Ó Donnghaille faced an uphill battle to retain his seat but, thanks to hard work and a reputation for representing all of the people of the city, he secured the support of practically all the nationalist voters of the new area to return to the benches of Belfast City Council.

Alongside those who were elected to sit on the new councils, candidates who did not get a seat helped to increase the party’s share of the vote, making Sinn Féin the largest party in the Six Counties in percentage terms.

Candidates of the calibre of Nuala Toman in Castlereagh, Mary Kate Quinn in Glenavy and Michael McCrossan in Derry and many others showed that Sinn Féin will continue to grow across the Six Counties in future elections. 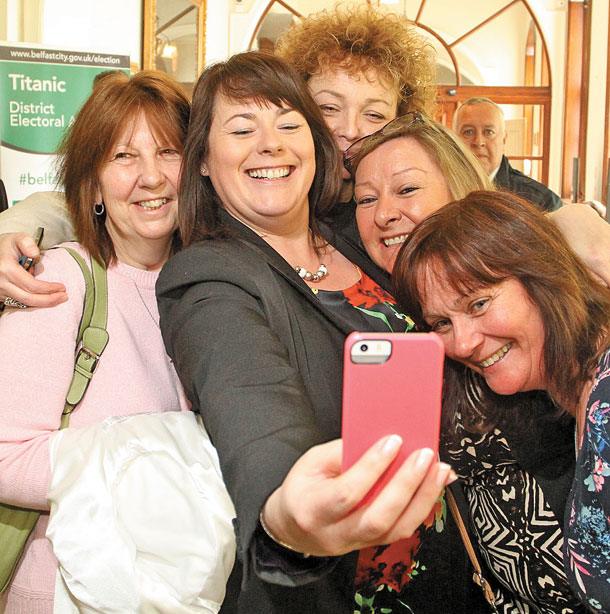 Despite the long wait for declarations, activists at count centres were buoyed by reports on social media of Sinn Féin successes in other areas across the North and news on polling from comrades across the 26 Counties.

By contrast, the SDLP faced mounting pressure at count centres with the meltdown in traditionally strong areas such as Derry. Tensions came to a head in Derry when a senior party figure, a brother of former party leader John Hume, was ejected from the count centre by police after he was involved in an altercation with an SDLP candidate.

As the count progressed and more and more councillors were elected, some went off to celebrate, take down posters or take a brief but well-earned break while the thoughts of party strategists were already turning to the next step in Sinn Féin’s advance, the Westminster election which is just 11 months away – when we’ll do it all over again.