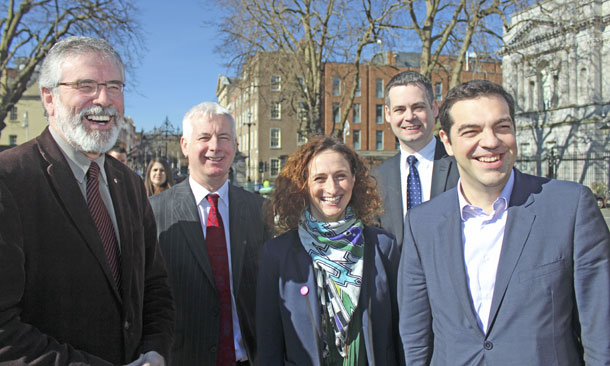 ‘The debt crisis is not a Greek problem, or an Irish one – it is a European problem. Therefore we need a European solution’

ALEXIS TSIPRAS is the leader of Syriza and widely tipped to be the next head of government in Greece. He is also the European Left Party’s candidate in the election for the next president of the European Commission.

He visited Dublin for two days in March to meet political parties, trade unions and activists.

How is the situation now in Greece? After six long hard years of austerity what is the mood among the people?

Right now Greece is in a depression. This is a word with a lot of meanings.

At the level of the economy it is a very tough recession, like the recession in the United States in the 1930s. It is a depression.

At the psychological level it means that people are deeply disappointed and are trying to find a solution. If somebody is 50 years old and has lost his job and he cannot find a new job and he is unemployed it is very difficult for him to have hope.

That’s why I think that after the big shock in the first years of the crisis (with the Troika Memorandum and the big anti-austerity demonstrations) people are now waiting for the day that we will have real political change in Greece.

After the disappointment after the 2012 elections, a lot of people now believe that a solution will only come with a change of government. That is why there are not so many demonstrations on the streets. This is something that I don’t know is good or bad. The majority of the people are counting on Syriza to win the next election to change the situation. 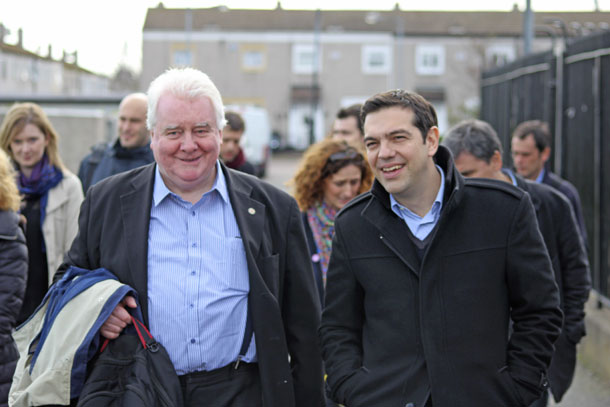 There was a lot of interest across Europe before the 2012 Greek parliamentary elections. People thought that Syriza may form the next Government. If you had have won that election, what would you have done in Government?

First of all, I think that we would stop the austerity measures. Stop the catastrophe.

Our position was and still is that we would take the decision in the parliament to replace the Troika Memorandum with a national plan of reconstruction.

We would then go to negotiate hard with our partners in the EU.

So our position is very clear. We will replace the Troika Memorandum with a realistic plan based on growth. We would have public investment for growth and public security and then we would renegotiate the loan agreement with our partners to secure a significant cancellation of the debt, not only for Greece but for the entire periphery.

We believe that there is a need for a European debt summit like the summit of London in 1953 which cancelled 60% of Germany’s Second World War debt, with a growth clause and a moratorium on debt repayments.

The debt crisis is not a Greek problem, or an Irish one – it is a European problem. Therefore we need a European solution.

It is very clear for us that if we were the Government in 2012 or if we form the next Government we will stop austerity. This is not something we have to negotiate with our partners in Europe because it is not negotiable to try to stop the humanitarian crisis in Greece. It is not acceptable for any European country to have youth unemployment at 60% or official unemployment at 30%.

We have to renegotiate the debt crisis and find a viable win-win solution that saves the Eurozone but with social cohesion and dignity. 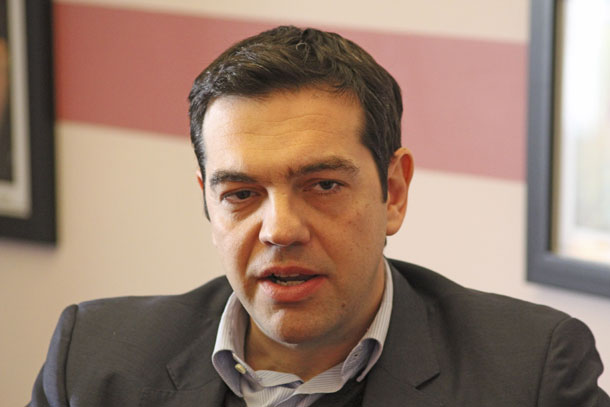 You are the Left Party’s candidate for the European Commission President. What is your platform in this election?

The programme of my candidacy is based on three key points.

The third point is solidarity. We want a Europe of solidarity and not the neo-liberal Europe.

These are the three basic points of my campaign. We also have a lot of ideas for the reconstruction of the productive base in the European Union in a more environmental and ecological direction. We want to support movements that protect human rights. 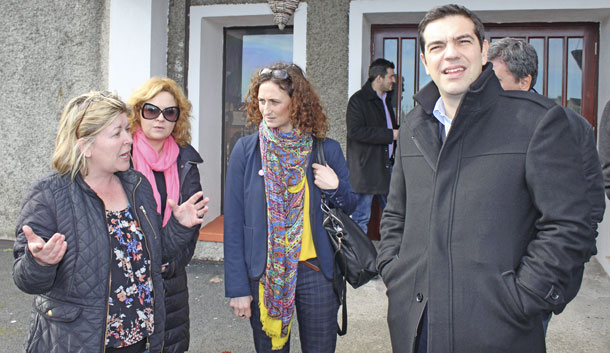 Sometimes it’s more difficult to manage growth than it is to manage decline. Syriza is a very interesting model because we are a coalition with a lot of tendencies and we all co-operate under the idea of unity and common action.

This idea was very attractive, especially to the people of the Left, because although Greece has a strong Left tradition we also have a history of splits and divisions.

Syriza’s proposal for common action was very attractive to left-wing people because they want the Left to play a central role in the political system rather than to be on the sidelines.

The combination of this basic idea of unity with the idea we declared before the election of 2012 – that we are not only here to protest but also to govern – has done a lot to convince people to support us.

In Greece after the dictatorship [the Greek military junta of 1967-74, also known as ‘The Regime of the Colonels’], the Left usually had about 10% of the vote but never enough support to form a government. But we have changed this. In the past, people voted PASOK or New Democracy because they wanted to vote for parties that govern. Now the Left is not only seen as a political force that stands with the people but could be able to make things happen in Government.

Syriza is now not only a party of the Left. It’s like the story of David and Goliath. We are the force that is trying to stand up to the powerful interests in the European Union. This has given Syriza a new dimension.