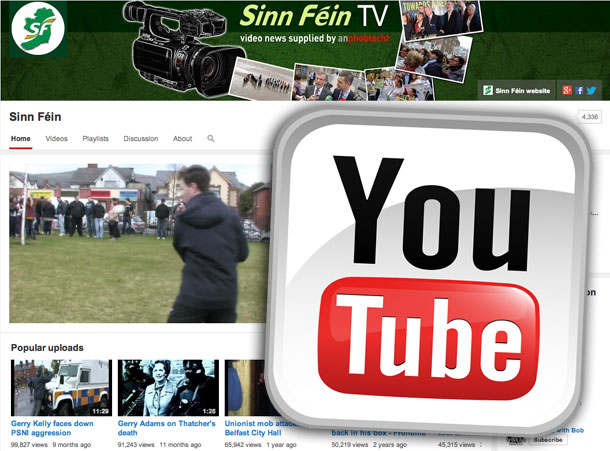 “Just three years ago, only a small number of people were accessing content on their mobile devices. Now that figure is over 40% and growing rapidly."

SINN FÉIN’S YouTube account (which features news reports, interviews and other videos provided by An Phoblacht) has passed two million views – more than the combined total of all the major Irish political parties, North and South.

Social media will be a key platform in the all-Ireland European and local elections in May. As smartphones and tablets have become commonplace, more and more people are informing their political opinions with what they see online.

“Just three years ago, only a small number of people were accessing content on their mobile devices. Now that figure is over 40% and growing rapidly.

“This has meant that we have to consider what content will play best on mobile devices and this has led to Sinn Féin becoming the first Irish political party to create a fully responsive website capable of being viewed equally on mobile devices and PCs without loss of content or quality.”

“We are delighted with the figures so far across all our social media platforms but can see that there is massive room to expand and improve,” said Michael Nolan.

“Although we have the most subscribers and followers of any political party in Ireland we feel we are only barely scratching the surface when it comes to engagement with the wider public.”

The level playing field of the web also makes it easier for parties that are normally sidelined or ignored by the mainstream media to get their message out.

“Social networks will play a key role in our upcoming election campaigns, North and South, and we will be encouraging our online supporters to play a greater role in spreading our political message,” Michael Nolan said. “Share, share and share again is the message we will be pushing between now and the elections in May.”

Which Irish politicans have the most followers on Twitter? 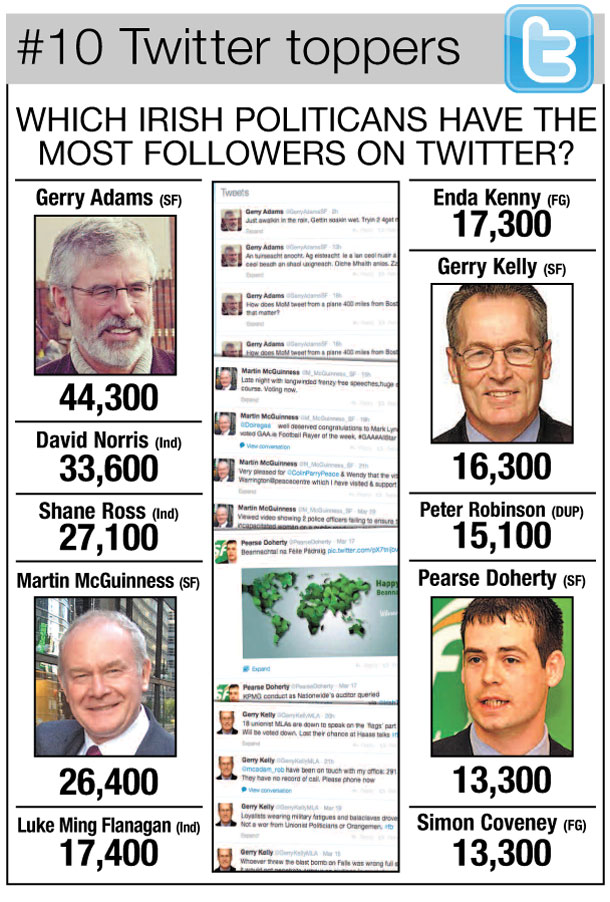