Desperate to change the subject 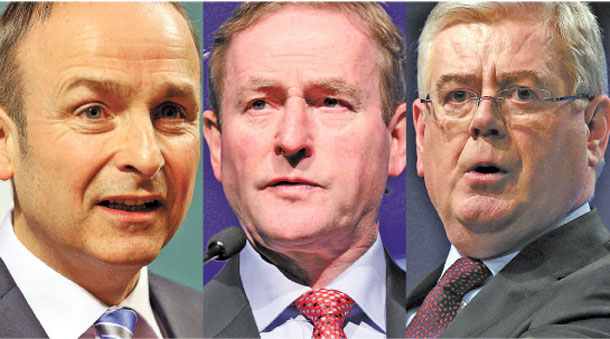 When Fianna Fáil cut Job Seeker’s Allowance for the under-21s in 2010, Labour strongly opposed it; last October, they supported it

WHAT do you do when you are losing an argument? Do you admit you are wrong? Do you concede the point? Not if you’re in Fianna Fáil, Fine Gael or Labour you don’t.

When confronted with the litany of broken promises and bad decisions the stock response of Government TDs and their Fianna Fail predecessors is to try and change the subject.

Last October, I was on The Late Debate RTÉ Radio show with Labour TD John Lyons. We were talking about the Government’s decision to cut Job Seeker’s Allowance to the under-25s by 40% – a decision which John supported.

When Fianna Fáil first cut JSA for the under-21s in 2010, Labour strongly opposed it, saying that it would force young people to emigrate. And they were right.

So how did John react when confronted with this uncomfortable fact? Did he hold his hands up and admit that Labour in government was doing exactly what Fianna Fáil did before them? Did he accept that Labour in opposition and Labour in office were two very different things?

John tried to change the subject. He informed the listeners that, in the North, job seeker’s payments to the under-25s had already been cut.

Unable to defend his own U-turn he tried to undermine Sinn Féin’s right to criticise on the grounds that, in the North, Sinn Féin are implementing the very same austerity policies that Fine Gael and Labour support down south.

Unfortunately for John, the truth is very different.

On his particular point the cuts to social welfare rates were made in Westminster, not in the Assembly – and Sinn Féin opposed the cuts. But why let the facts get in the way when you are so desperate to change the subject?

As election day approaches, we can expect to hear a lot more of this, particularly from Labour candidates keen to limit the damage of their party’s shocking performance in government.

You will also see Fianna Fail join this chorus when challenged with their own record in office.

So for those of you out on the campaign trail here is my handy guide on how to respond to the ever-desperate attempts by Fianna Fáil, Fine Gael and Labour to deflect attention away from their own broken promises and bad decisions.

Don’t let them change the subject

When they throw the predictable ‘Sure, Sinn Féin in the North...’ line, get in there quick. Use the line, ‘You know someone is losing an argument when they try to change the subject.’

Keep the conversation focused on their broken promises and the impact of their austerity measures on hard-pressed families. 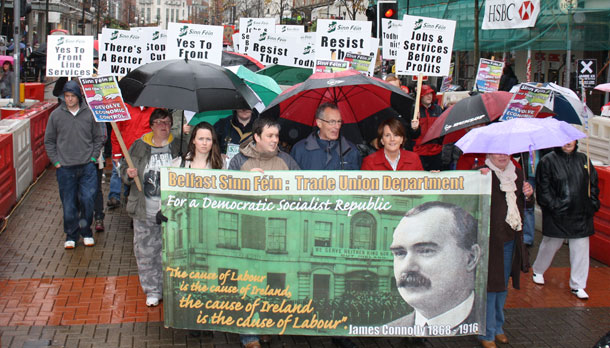 • Sinn Féin are opposed to cuts, North and South

Of course our opponents will keep trying to change the terms of the debate. Don’t be defensive and don’t be evasive. Our record is one we should be proud of.

And we are doing all of this with a £4billion Tory cut in the block grant and without tax-raising powers to compensate, not to mention the very difficult work of keeping the Peace Process on track.

Welcome our opponents’ interest in the North, no matter how belated and poorly informed

Sinn Féin’s growing strength in the South is forcing Southern parties into Northern politics. That is a good thing. Of course, their knowledge is pretty poor, so don’t be shy in pointing this out.

Poor old John Lyons didn’t even know that social welfare rates are set in Westminster. Others don’t understand that the Assembly doesn’t have tax-raising powers.

But now that they are interested, let’s get them on board with the campaign to transfer more powers to the Assembly, all the better to oppose austerity and make better decisions.

Fianna Fáil, Fine Gael and Labour are mistaken if they think that Sinn Féin’s Achilles Heel in this election is our record in the Assembly. The very opposite is the case.

So bring on the debate and let’s expose them both for running scared of their own record of broken promises and bad decisions in the South and their ignorance and disinterest in the North.