Shatter should walk the plank 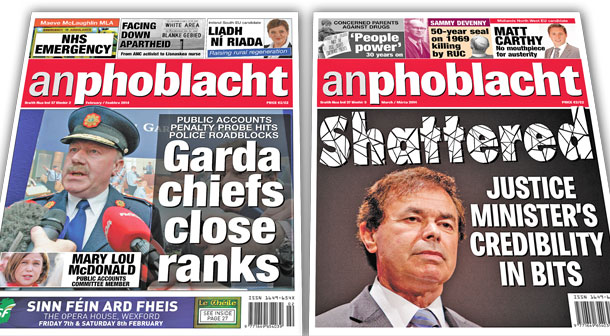 If Martin Callinan has to go because his position is untenable then the very man who defended him up until this point, Justice Minister Shatter, should go as well – Gerry Adams TD

THE SHOCK REVELATION that the Garda have been illegally recording phone calls at Garda stations for more than 30 years – coming on the same day as the sudden resignation of Garda Commissioner Martin Callinan (25 March) – has ramped up the pressure on Justice Minister Alan Shatter to also “walk the plank”, Sinn Féin TD Pádraig Mac Lochlainn said.

The recording of phone calls at Garda stations has such huge ramifications for the judicial process andconvictions that the Taoiseach personally briefed Gerry Adams and other party leaders before announcing to the Dáil that he has instituted a commission of inquiry into the practice.

Justice Minister Shatter was to make a statement to the Dáil as An Phoblacht went to press.

The Garda Commissioner chose to resign rather than apologise to the two Garda whistleblowers whose actions in exposing widespread malpractice within An Garda Síochána he described as “disgusting” when he appeared before the Oireachtas Public Accounts Committee.

Announcing his resignation, Callinan said he felt “recent developments were proving to be a distraction from the important work that is carried out by An Garda Síochána on a daily basis”. 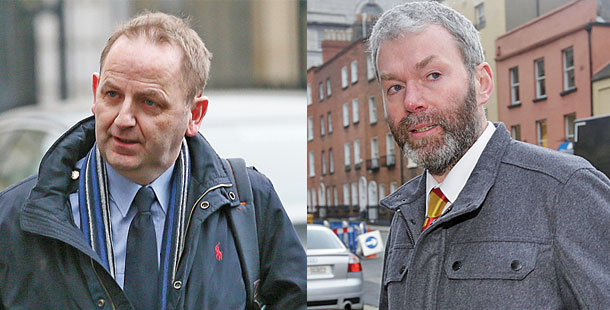 Garda Sergeant Maurice McCabe and retired Garda John Wilson helped to expose the mishandling of cases and thousands of incidents where penalty points notices and fines were ‘fixed’ and cancelled on the Garda computer system.

On 23 January, while being quizzed by the Public Accounts Committee, the Commissioner (who was appointed to his positon by Fianna Fáil) described the actions of the two Garda whistleblowers as “disgusting”.

While Sinn Féin and Independent TDs had long called for the Garda Commissioner to withdraw the remark and apologise or resign, he  finally walked after Fine Gael Transport Minister Leo Varadkar – eight weeks later! – ramped up the public pressure on him by adding his voice to calls for an apology. The Labour Party then came out to play catch-up, with no fewer than five of their Cabinet ministers also belatedly calling for an apology. 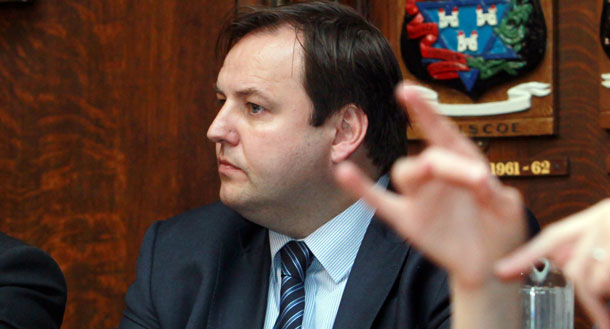 Sinn Féin Justice Spokesperon Pádraig Mac Lochlainn, who chairs the Joint Oireachtas Committee on Public Service Oversight and Petitions, welcomed the Commissioner’s resignation, calling it “the right decision”. Criticising the Commissioner for his attempts to downplay and dismiss reports of widespread malpractice within the police service, he added:

“Worse, he repeatedly sought to discredit the credibility of the two whistleblowers which culminated in the outrageous ‘disgusting’ comment at the Public Accounts Committee.”

Now the spotlight is firmly on Justice Minister Alan Shatter, who has come in for widespread criticism over his handling of the scandals.

In October, Shatter wrongly claimed that whistleblowers had not co-operated with the internal Garda inquiry into the penalty points issue. Some claimed he misled the Dáil although there were claims he was given wrong information. Despite that, he refused to set the Dáil record straight, withdraw that allegation or apologise to the two whistleblowers.

Pádraig Mac Lochlainn told Jonathan Healy on Newstalk radio on Tuesday 25 March immediately after the Garda Commissioner’s resignation that the Justice Minister too “should walk the plank. 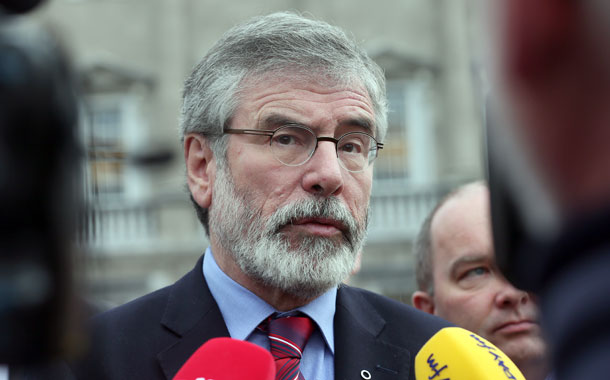 “The culture that Martin Callinan came to represent in the end was to attack the whistleblowers. The lead on that was given by the Minister for Justice who attacked them on a number of occasions and set the tone, right back to when he attacked Mick Wallace TD, who raised the issue in the first instance.

“If Martin Callinan has to go because his position is untenable then the very man who defended him up until this point, Justice Minister Shatter, should go as well.”