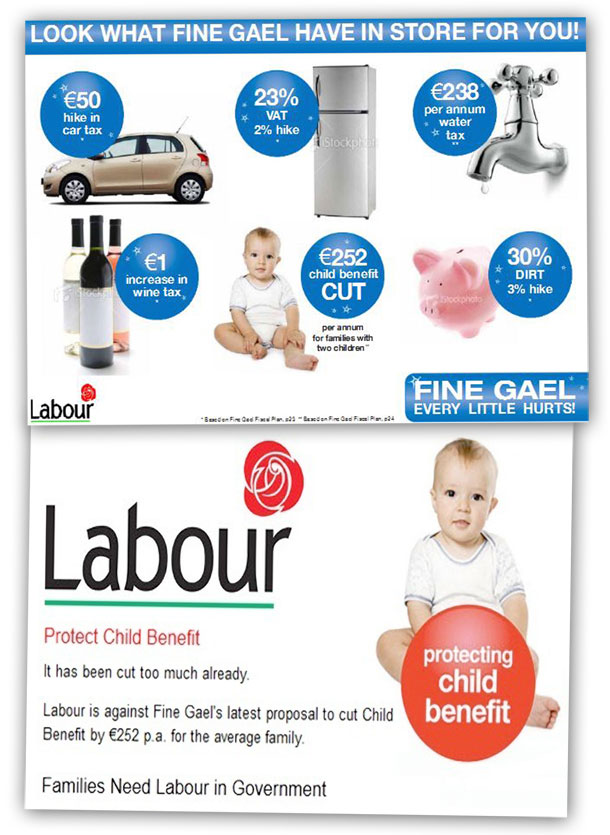 Labour were right – every bit does hurt, but it’s Labour doing the hurting

EAMON GILMORE’S address to the Labour Party conference was strong on rhetoric but short on specifics.

With the local and European elections only months away, the Labour leader seemed reluctant to make any big commitments.

But old habits die hard and Gilmore just had to promise something.

Near the end of his speech he tantalisingly dangled reductions in income tax and Property Tax to a public desperate for some relief after six long years of crippling austerity.

In the final weeks of the 2011 general election campaign, Labour’s poll numbers were starting to slide. The party panicked, fearing that Fine Gael would form a government without them.

The heavy-hitting strategists at Labour Party HQ came up with a bright idea.

Their wordsmiths and graphic designers got to work and produced an ad campaign under the slogan “Fine Gael – Every Little Hurts!”

Fine Gael wanted to increase VAT by 2%, DIRT by 3%, motor tax by €50, add a euro to the price of a bottle of wine, impose water charges of €238 per year and cut Child Benefit by €252 for families with two children.

The message was very clear – vote Labour and in coalition with Fine Gael they would make sure these policies would never be implemented.

So how did Eamon Gilmore’s six promises fare in the subsequent Coalition budgets?

In Budget 2012 the Government raised VAT by 2%. Promise Number 1 was broken.

In the same Budget, they raised DIRT by 3%. Promise Number 2 was broken.

Motor tax was also hiked – and in some cases by significantly more than the €50 promised by Fine Gael. Promise Number 3 was broken.

The Government also cut Child Benefit – not just once but twice. 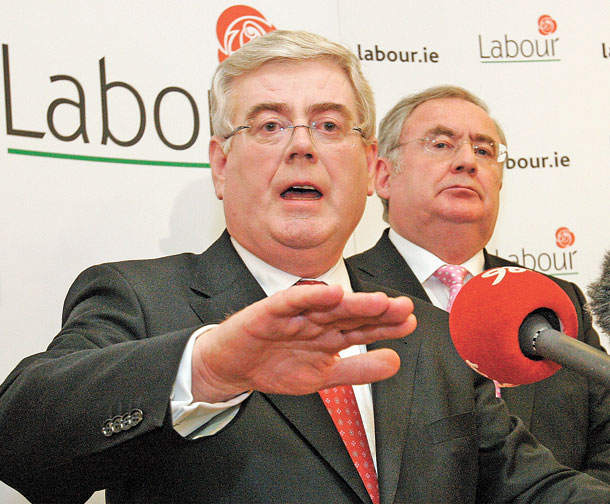 In Budget 2012, families with three children lost €228 per year and those with four children lost €432 per year. The following year, Child Benefit was cut by an additional €120 per year for the fourth and each subsequent child. Promise Number 4 was well and truly broken.

Budget 2013 also saw the Government put an extra euro on a bottle of wine. Promise Number 5 was broken.

And later this year (though probably not before the local and European elections) we will know how much we have to pay in water charges.

The IMF has estimated that the average price per house could be as much as €370. Promise Number 6 is soon to be broken.

Labour were right – every bit does hurt, but it’s Labour doing the hurting.

Given that the Labour Party have demonstrated such a propensity to do this, it’s hard to imagine voters taking any new promises seriously.

Page 16 of the 2011 Labour Party manifesto committed the party to introduce a Site Value Tax.  However, they promised to introduce it after 2014. They also said that it would be “fair”, taking account of the value of “property in different regions, the need to exempt some categories of homeowners, and the need to take account of those who have recently paid large sums in stamp duty or who are in negative equity”.

Within a few months of taking office this promise was broken and an annual charge was placed on all residential homes with no exemptions, no regional variations, and no compensation for those in negative equity or those unable to pay.

Does Eamon Gilmore really think that people are stupid enough to believe that the party that lied about the introduction of the Property Tax will keep a promise to cut that tax?

Unfortunately, dishonesty and deception are all too common in politics and no party is completely clean. But Eamon Gilmore’s Labour Party has taken the art of pre-election lies to a whole new level.

When Pat Rabbitte was put under pressure by RTÉ’S Seán O’Rourke to justify Labour’s broken promises he said: “Isn’t that what you tend to do during an election?” An ‘unfortunate slip of the tongue’ it may have been but it reveals a lot about the Labour Party’s attitude to honesty.