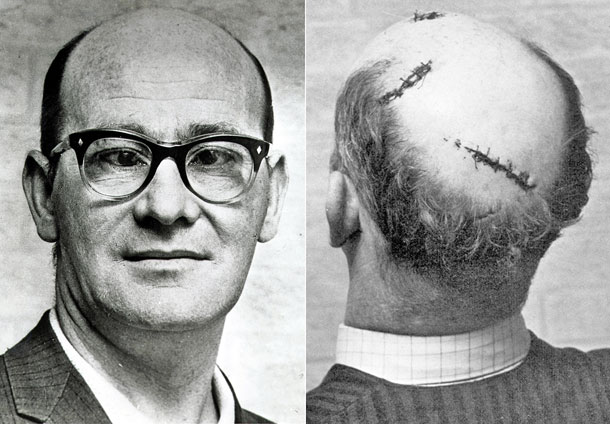 A METROPOLITAN POLICE investigation into the death of Derry man Samuel Devenny after he was severely beaten with police batons by the RUC in 1969 is to stay secret until 2022 – at least.

British authorities’ reclassification of the findings of Chief Superintendent Kenneth Drury’s independent inquiry in 1970 for at least 50 years has naturally raised further suspicions about the motives.

Sammy Devenny’s family say they are “disgusted” by the move, which has all the hallmarks of a state cover-up.

A Freedom of Information request by investigators from the Pat Finucane Centre for access to ‘The Drury Report’ was denied in early February. Disclosure, the Metropolitan Police claimed, “would not be in the public interest”.

“The officers involved have never been charged and were protected by others. There is information in those files that we have a right to see.”

“We can only assume that these files contain information damaging to the RUC.”

Only 12 copies of the Drury Report were delivered at the time – to the then RUC Chief Constable Sir Arthur Young and Government figures.

Even the RUC Chief Constable spoke of  “a conspiracy of silence motivated by a misconceived and improper sense of loyalty to their guilty comrades”. 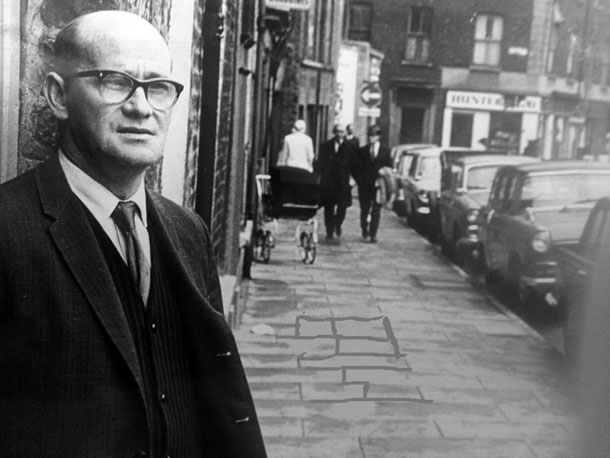 The North’s Prime Minister, James Chichester Clark, noted that “some members of the RUC are aware of who the culprits are but, perhaps through a misguided sense of loyalty, as the Chief Constable puts it, are unwilling to co-operate with the authorities to establish the truth”.

Sammy Devenny, a 42-year-old taxi driver, died on 16 July 1969, three months after RUC officers broke into his home and attacked him and his family with batons.

Two days earlier, on 14 July, 67-year-old Francis McCloskey was found dead in a doorway following an RUC baton-charge on a nationalist crowd that had been throwing stones in Dungiven on 13 July.

They are considered to be the first two fatalities of ‘The Troubles’; Sammy Devenny is regarded by many as the first.

On Saturday 19 April 1969, a planned Civil Rights march from Claudy to Derry via Burntollet was called off. A large crowd gathered in Derry’s Guildhall Square and was attacked by stone-throwing loyalists. The RUC then intervened by attacking the nationalist crowd. Rioting began and the RUC sealed off the nationalist Bogside area.

During the rioting that Saturday night, the RUC smashed down the door of the Devenny home in William Street, rushed in and used their batons on the family members, including a five-year-old boy. 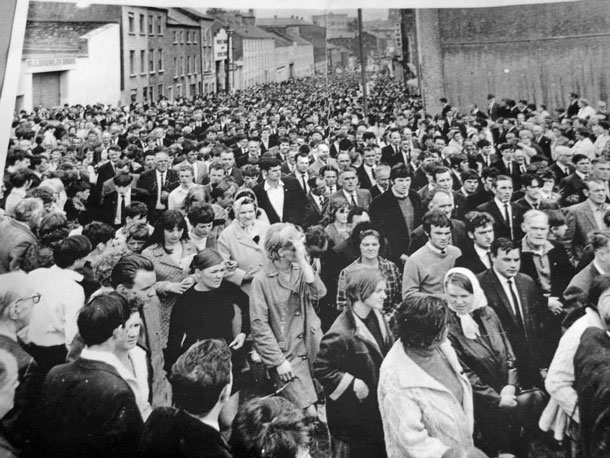 • Thousands attend the funeral of Sammy Devenny in Derry, July 1969

Sammy Devenny was severely beaten on the head and body and taken to hospital. He suffered a heart attack and remained ill after his release from hospital. He died after a second heart attack.

Not one RUC officer was made amenable in respect of any aspect of misconduct, never mind an offence, as a consequence of Sammy Devenny’s death even though the Metropolitan Police chief interviewed 123 officers of varying rank, 38 of whom were members of the Land Rover force that charged the rioting crowd in William Street.

“There is little doubt that Constables A, B and other members of the force are in fear of retribution from colleagues if they tell the truth.”

And there is little doubt that senior figures in the unionist and British Establishment at New Scotland Yard and Westminster are still in fear of the truth.