Ireland, North and South, is changing 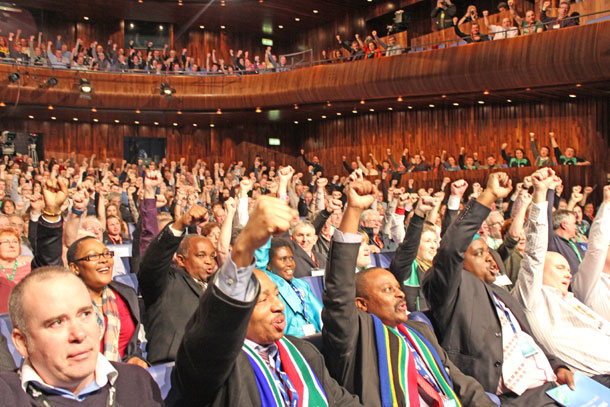 • ‘Amandla!’ – Members of the ANC lead a clenched fist salute in memory of Nelson Mandela at the Sinn Féin Ard Fheis

Lively fringe events taking place throughout the weekend focused on such varied topics as ‘Women in Struggle’, youth affairs, the pylons controversy, rural regeneration and the Cuba Five.

OVER JUST TWO DAYS, ten thousand people logged on to the Sinn Féin website during Ard Fheis 2014, joining 1,200 delegates and visitors at the Wexford Opera House in early February.

On Facebook, the Ard Fheis reached 45,000 people. Gerry Adams’s closing address was broadcast live on RTÉ and BBC TV and the YouTube/Ustream video of his speech alone has had 3,500 views.

Just a few hundred metres from the Opera House in Wexford Town stands a monument to the 1798 Rebellion depicting a United Irishman wielding a pike. Situated in an area known as the ‘bullring’ where Cromwell massacred the local civilian population in 1649, in 1798 the same area became an open-air armaments factory where pikes, swords and other weapons were made and repaired for the rebels.

Labour Party Mayor of Wexford George Lawlor hosted a civic reception to welcome the Sinn Féin Ard Fheis to the town for Friday evening and Saturday, 8 and 9 February. Local radio reported that the Ard Fheis had given a million-euro boost to the local economy.

Lively fringe events taking place throughout the weekend focused on such varied topics as ‘Women in Struggle’, youth affairs, the pylons controversy, rural regeneration and the Cuba Five. 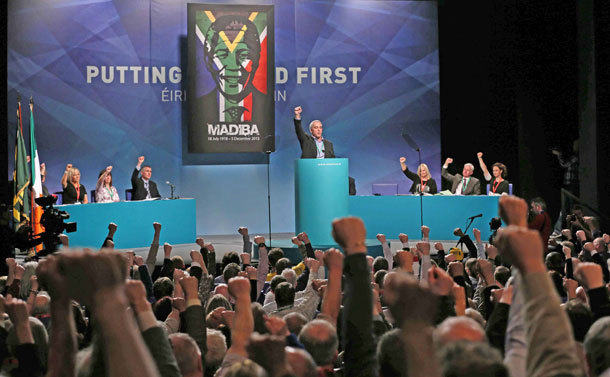 An emotional highlight was a special memorial event remembering the legend of Nelson Mandela (chaired by former H-Blocks Hunger Striker Pat Sheehan MLA) in which the thousand-strong crowd gave the clenched fist salute and the freedom cry “Amandla!” It was a scene that got more than 20,000 views and shares across the world via social media from the An Phoblacht and Sinn Féin sites alone.

One of the most stirring moments was the appearance on stage of Sinn Féin Councillor Catherine Seeley, the young teacher hounded out of her job at a Protestant boys’ secondary school in north Belfast by outsiders and online sectarian abuse.

“Protestant working-class boys are entitled to the same life prospects as everyone else,” the Sinn Féin councillor and teacher insisted, and added:

“I want to take this opportunity to publicly send a message of gratitude to those pupils of the Boys’ Model School in north Belfast who have courageously offered me their full support.”

Martin McGuinness, joint First Minister in the North’s Executive government, made a direct appeal to the broad unionist community.

“To ordinary unionists out there – who believe in the Peace Process, who want to see a better future built for our children – make your voices heard and embolden your political leaders to do the right thing and build a shared future together on the basis of equality and respect.”

Mary Lou McDonald said that Fine Gael and Labour are no better than Fianna Fáil. Scandal is the hallmark of their government and they put themselves and their friends first, the Dublin TD and party deputy leader said as she made “our pledge” to the Irish people:

“Sinn Féin is in nobody’s pocket.

“We are not afraid to ask the hard questions.

“We are not afraid to stand up.

“It is time for a change in direction.

“It is time for a government that stands up for its citizens, at home and abroad.

“It is time to put Ireland first and Sinn Féin is the party to do that.” 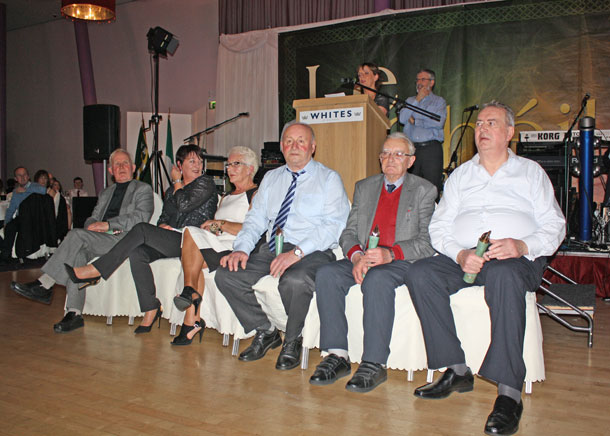 The theatre was packed for Gerry Adams’s Presidential Address on Saturday night, with standing room only.

He reiterated Sinn Féin’s ‘positive alternative’ to the austerity policies endorsed by Fine Gael, Labour and Fianna Fáil and renewed his appeal for parties of the Left to come together around viable policies to the status quo in the same way the conservative parties and lobbies unite around their issues.

Regarding the North, the Sinn Féin leader highlighted outstanding commitments from international agreements between the parties and the Irish and British governments.

And he extended an invitation to the Orange Order to have a dialogue on parades, identity and other issues.

“And Sinn Féin wants all our traditions freed up from sectarianism from any quarter, to live together in peace and respect and with tolerance from everyone for everyone,” Gerry Adams said.

“The tide of history is with those who seek to build a peaceful and inclusive future. And Ireland, North and South, is changing.”