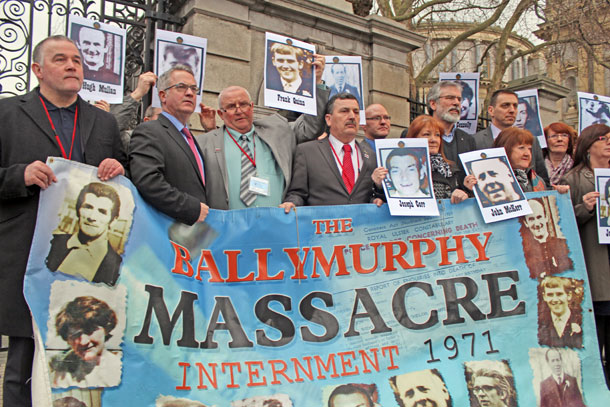 John Teggart’s father, Danny Teggart (44), was shot 14 times, mainly in the back, as he lay wounded

AN TAOISEACH Enda Kenny and the Irish Government have finally given their support to the campaign for justice by the families of 11 people murdered by the British Army during a shooting rampage in west Belfast in August 1971 known as the Ballymurphy Massacre.

Ten people – including a priest and a grandmother – were shot dead by the British Army’s Parachute Regiment during a 48-hour period between 9 and 11 August 1971.

Another man died of a heart attack when troops placed an unloaded pistol in his mouth and pulled the trigger.

The same British Army regiment would go on to be involved in the Bloody Sunday massacre in Derry six months later.

The shootings occurred in the immediate aftermath of the introduction of internment without trial.

The Ballymurphy families want the British Government to establish an independent inquiry similar to the one into the 1989 Hillsborough soccer stadium disaster in which 96 Liverpool soccer fans died. 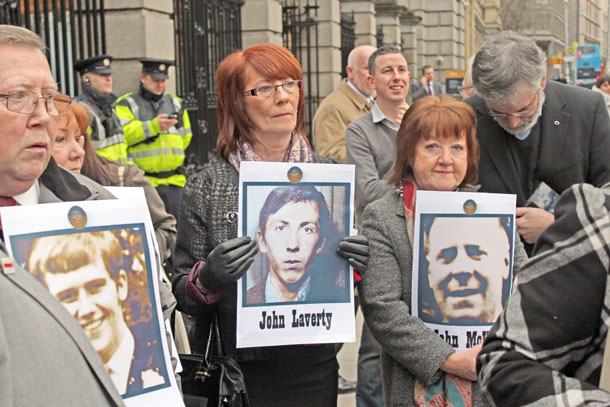 Speaking to An Phoblacht before their meeting with the Taoiseach in Leinster House, Rita Bonner said:

“My brother, John Laverty, he was 20 and an innocent civilian. I’ve campaigned for 42 years for justice and still my brother’s name is not cleared. For two days before he was murdered we were under siege. When the bin lids rattled, my brother went out to see what was going on in the area. That was very normal in those times. My other brother was 18 and he went out with him. The result was my brother John came back in a box.

“My other brother was tortured and humiliated by the paratroopers and served six months in prison for a crime he did not commit. I will not stop campaigning until every breath in me is done. And when I’m finished there’s people behind me and these other families to take over our campaign.

“We would like to see justice done very soon.”

John Teggart, whose father, Danny Teggart (44), was shot 14 times (mainly in the back as he lay wounded) told An Phoblacht:

“I was only 11. I remember the heavy gunfire. The first I heard about what had happened was coming into my house and my mother was in the process of telling my older brother that daddy had been shot by the British Army. It feels just like yesterday.”

He says the panel proposal used in the Hillsborough stadium disaster is tried, tested and cost-effective.

“The Irish Government needs to strongly support these families and other Irish citizens in the North.”

The families have already approached a number of individuals to sit on the independent panel, including Nuala O’Loan, the former Police Ombudsman in the North, and the author of the Hillsborough disaster independent report, Phil Scraton. 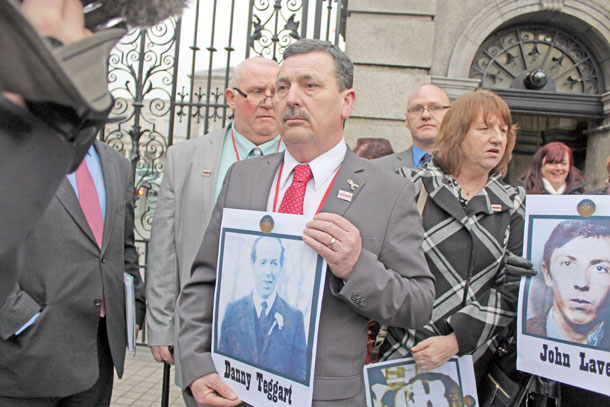 Following a 90-minute meeting with the Irish Government (during which the families were accompanied by representatives from Sinn Féin, the SDLP and Alliance Party), the Government announced it is “fully committed to assisting the families in their search for justice, finding out the truth and vindicating the good name and reputation of their loved ones. The Government supports the call for the appointment of an independent panel to examine all documents relating to the context, circumstances and aftermath of the deaths.”

The Taoiseach has also given a commitment to raise the issue personally with British Prime Minister David Cameron.

When the families left Government Buildings, many were in tears on getting the Government’s backing. John Teggart says the Irish Government has made the right decision:

“This is a significant development in our campaign for the truth. There is still much work to be done. We need the Irish Government to persuade the British Government of the merits of this proposal.”

Sinn Féin leader Gerry Adams TD, who is from the Ballymurphy area of Belfast, welcomed the news that the Taoiseach has backed the families’ campaign for justice:

“I welcome this commitment from Enda Kenny and I urge him to act upon it by talking to his British counterpart and urging him to make a similar commitment.

“The onus is very much on the British Government to give these families the closure they deserve and which they have been denied for over 40 years.”

The families told reporters in a statement that all of those who died were killed in breach of Article 2 of the European Convention on Human Rights, adding:

“The case raises serious questions regarding human rights abuses committed by the British Army and of a culture of impunity in the North of Ireland in which members of the security forces routinely were above the law.”