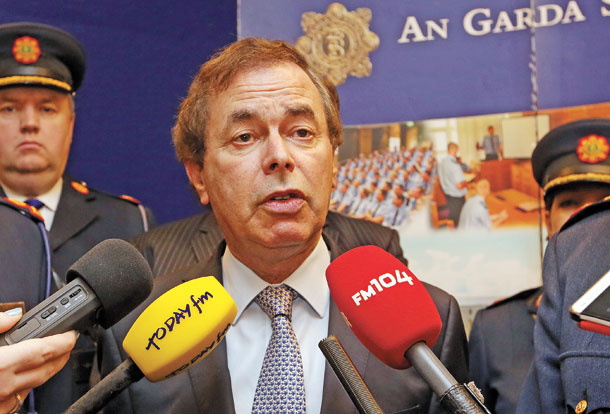 While it is clear that Minister Shatter’s position is untenable and he should resign, this is now about the confidence of the people in the administration of justice and policing in this state

SINCE late 2012, many accusations have come into the public domain surrounding the practices of senior members of An Garda Síochána, including the alleged bugging of the offices of the Garda Síochána Ombudsman Commission (GSOC) and the whistleblower controversy.

Each of these scandals has demonstrated Alan Shatter’s unhealthily close relationship with the Garda Commissioner, Martin Callinan, and an inability to properly address these issues in a manner befitting his title of Minister for Justice.

The first instinct of the Justice Minister on each occasion has been to circle the wagons around the Garda Commissioner and other senior gardaí rather than to get to the truth of the allegations before him without fear or favour.

While it is clear that Minister Shatter’s position is untenable and he should resign, this series of controversies is much more serious than his position. It is now about the confidence of the people in the administration of justice and policing in this state.

The approach that the Justice Minister has taken in all of these controversies has seriously undermined public confidence.

After the publishing of Sinn Féin’s Private Members’ Business motion calling for an independent inquiry into the matter, Minister Shatter appointed retired Judge John Cooke to carry out an independent review of the controversy. This half-baked review under Judge Cooke is simply not good enough to restore confidence. This Government must move to instigate a Commission of Investigation under the legislation into the alleged bugging of the GSOC offices and separately into this whistleblower and Garda Confidential Recipient affair. Why has Minister Shatter avoided utilising the Commission of Investigations Act 2004?

Under this Act, the person or persons appointed to conduct the investigation can compel all witnesses and documentation and make findings of fact without huge cost and in a timely fashion. This legislation is custom-made for this moment. This should have been the Justice Minister’s first port of call when looking to establish the mechanism for investigation. It is unacceptable that an inquiry has not been established under its provisions.

In the Six Counties, we have worked tirelessly to ensure that justice and policing is representative of the people and the communities they are working for. Sinn Féin recognises and supports the essential role of An Garda Síochána and the commitment that the overwhelming majority of gardaí show in fulfilling their duties. 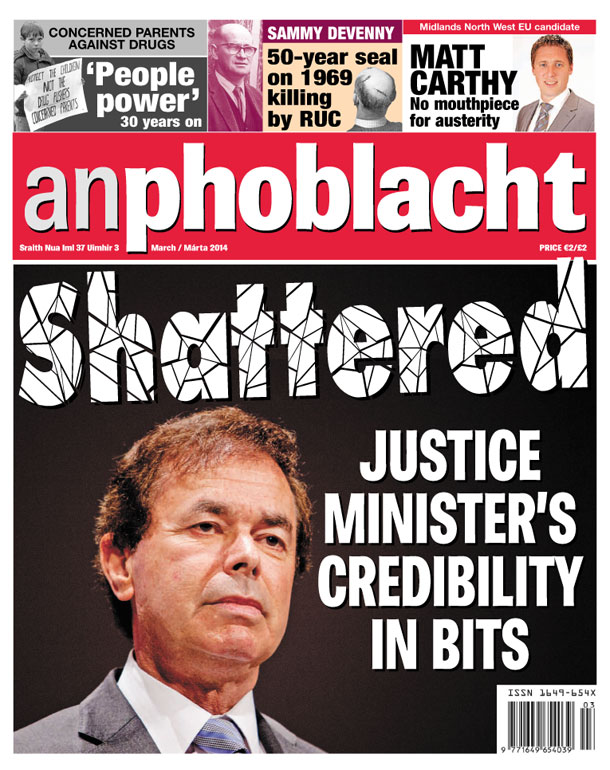 We believe that changes must be made to ensure An Garda Síochána is protected and strengthened through the establishment of an ‘Independent Policing Authority’.

Now, more than ever, it is vital that there is a clear separation of the government from the gardaí and this new independent policing authority should be fully accountable to a representative policing board, to the houses of the Oireachtas, and locally to Joint Policing Committees.

We also need to increase the powers of the Garda Síochána Ombudsman Commission so that they can fulfil their responsibilities effectively and make the Garda Commissioner fully accountable to the independent body.

In this Bill, our party will present our vision for change and our solutions to the problems so evident over the last 18 months, from the penalty points debacle to the failure of senior Garda management to fully co-operate with the Garda Ombudsman.

Change is needed to restore public confidence in a public service.