Stolen babies – The next campaign for justice 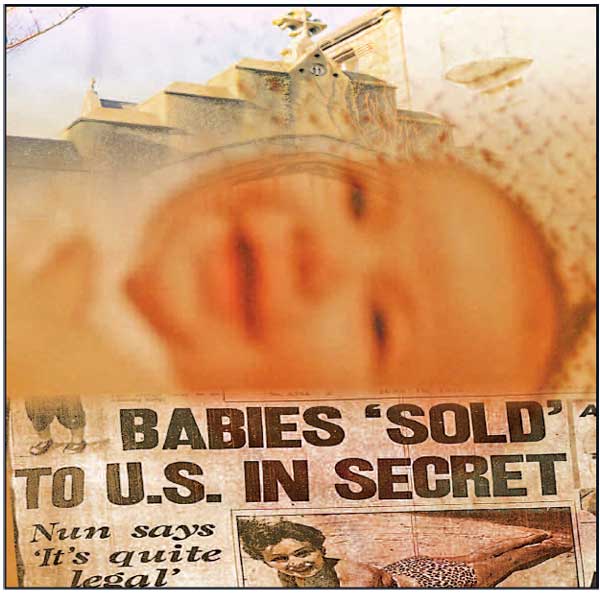 Up to a certain point in the not-too-distant past, being a pregnant, unwed woman was almost a crime

Joanne Spain tells her own heart-breaking story in one of the great scandals left in the  history of Catholic Church-run, state-supported institutions – the mother and baby homes

TYPE ‘mother and baby homes’ into Google and what will appear is a litany of tragedy: Mothers seeking children; children seeking mothers; adoptee connect; search and reunion. All pages listing story after story of desperate people trying to find some truth about where they came from or where their children ended up.

One of the great scandals left in the history of Catholic Church-run, state-supported institutions is the mother and baby homes. Most people reading this will be aware of what they were but many people, especially under a certain age, aren’t.

Up to a certain point in the not-too-distant past, being a pregnant, unwed woman was almost a crime. It wasn’t a solely Irish phenomenon. Secret homes for single women to have their babies existed in Britain, in Australia, in America, in Spain – in most of the world, in fact.

A lot of people in Ireland believe pregnant women were sent to Magdalene Laundries to have their babies. In some cases, pregnant women might have ended up in a Laundry and many women often ended up there after, but the majority of unmarried mothers were sent, or went, to mother and baby homes.

It’s difficult to put a number on how many women passed through these homes. Records are not publicly disclosed. This is part of the reason so many adopted people who want to know their birth parents are completely in the dark. They are reliant on either the religious institutions or the state to provide them with knowledge that should be theirs by right and it is either not forthcoming or painfully slow to acquire.

But we know that the numbers run into thousands upon thousands.

So what were the mother and baby homes?

They were places the women usually entered about six weeks before their due dates (or earlier if they were trying to keep the pregnancy secret), had their babies and stayed in for at least six weeks after but often longer. The homes were run mostly by nuns.

They were not some benign entity. Heavily pregnant women had to work right up to giving birth. The work was usually hard manual labour. They were often denied pain relief in childbirth. The Light in the Window, by June Goulding, lists arduous, humiliating labour tasks for women who were treated like pariahs by wider society. No doubt not every woman experienced unkindness and no doubt not every nun acted with cruelty but there are enough stories to know that the mother and baby homes were not good places. 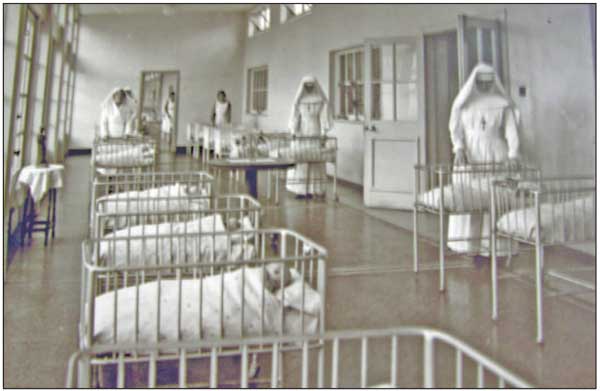 The most sinister aspect of these homes was forced adoption. Very few women, if any, who entered the homes left with their babies.

Society did not look kindly on single mothers and did not help them. And for the Catholic Church, babies were a cash cow.

Up to 1952, adoption in Ireland was technically illegal and not facilitated by the state. Placing ‘unwanted’ babies with non-birth families was the domain of the Church. But after 1952, the Church continued to carry out ‘illegal’ adoptions. Mike Millotte’s book  Banished Babies alleges that 254 babies were adopted illegally to the United States from St Patrick’s Mother and Baby home on the Navan Road in Dublin between 1940 and 1970. The babies were sold.

The stories behind the adoptions are heartbreaking. Stories of women, breastfeeding, who woke in the night to feed their children and found the cot empty. Mothers were forced to dress their babies to be handed over to their new parents. Babies were ripped from women’s arms as soon as they were born. It sounds like a horror movie but it’s very real and it happened here.

Many of the parents who received adopted children, especially in the United States, were incredibly confused by the experience. Excited and happy to be adopting, some were handed toddlers deeply traumatised at the enforced separation from their birth mothers. Yet the adoptive parents were told by the nuns that the children were orphaned or abandoned since birth.

Even of the women who allegedly wanted to give up their babies, we have to ask, how many actually genuinely wanted to and how many felt they had no choice? How would a single mother in 1950s Ireland have raised a child without the father’s or family support and with nothing coming from the state? It wasn’t like now, where adoption is a long thought-out process, generally arrived at after options (and there are options) are considered. 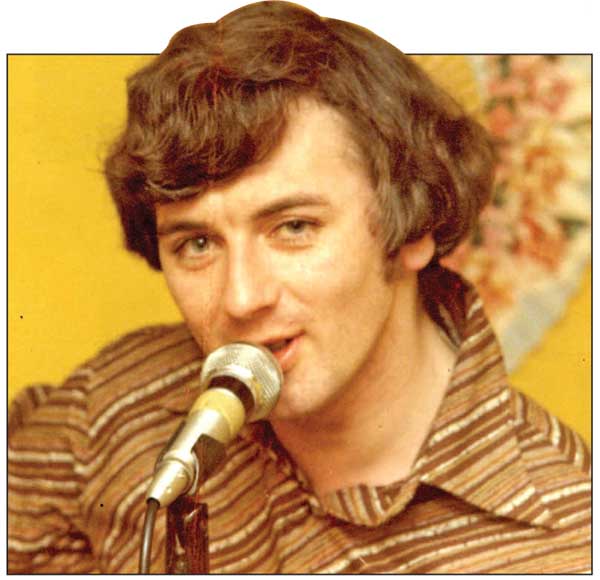 My father was adopted in 1955. I know my father was deeply disturbed by the fact of his being adopted. He never knew about mother and baby homes and held the view that adoption was something a woman chose to do. My mother says that it was my birth that triggered something in him – he looked at me and was filled with anger, confusion and sadness at how any mother could give up her child, at why he’d been given up. He lived a short, tragic life and died horrifically when he was 44. He died in 1995, before the stories of mother and baby homes, Magdalene Laundries and industrial schools began to be uttered aloud.

When I had my own children, I became filled with the desire to know what his story was. Had he been in a mother and baby home?

It took a long time and much pain-staking research to find anything out, and I was ahead of most people – I had his birth mother’s name.

It transpired my father had been born in 1951 in St Patrick’s on the Navan Road to a young woman from Leitrim. She had come up to Dublin to work in a hospital. Her story was tragic in itself.

The youngest of 11 children in a poor family, her father had died in a farm accident before she was born. Her mother died a few years later and she was sent to the nuns. Institutionalised for the best part of her life, she ended up single, pregnant and in a mother and baby home.

But she defied the odds, for a little while at least. After my father was born, she stayed with him until he was 18 months old, at which point she left St Pat’s and got a job. The records show she visited him every day and at the end of 1953 she took him out. At the end of 1954 – impoverished, alone and unable to cope – she brought my dad back to the orphanage and allowed him to be placed for adoption.

She saw him until he was adopted in late 1955, aged 4. All he ever remembered was being given a snow globe by a lady and told it was very important he keep the small gift. 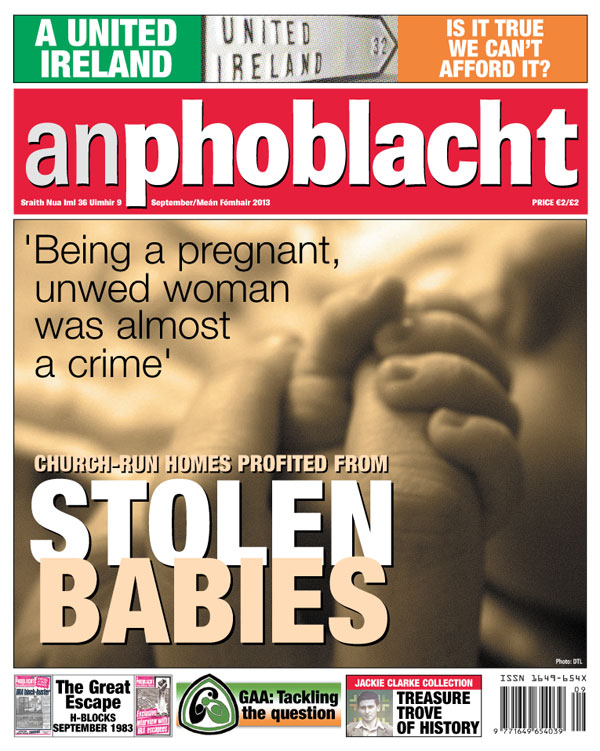 My grandmother defied society’s and the nuns’ expectations for as long as she could. There’s no imagining as to how horrendous it must have been to hand over a 4-year-old for adoption, for both her and my dad. Can you imagine his confusion when he was told this was his new mammy and daddy?

Earlier this year, the then Prime Minister of Australia, Julia Gillard, apologised to the women who’d been forced through the mother and baby home system there. The adoption rate for single mothers in Australia in the 1960s was 60%; in Ireland it’s believed to have been higher than 80%.

The last number of years has seen the mounting and successful conclusion to the campaign for justice for the women who were incarcerated in Magdalene Laundries.

Earlier this year, Sinn Féin TD Mary Lou McDonald worked alongside the former residents of the Bethany Home in Dublin to try to establish justice for them. The Bethany Home was both a mother and baby home and an orphanage but, because it was for Protestants, it was left out of the original redress scheme for industrial schools.

The Government has denied the Bethany Home victims justice, by way of either a proper apology or redress.

There’s been no apology for Catholic mother and baby homes in this state. The Government no doubt fears financial redress might be required. For many people, all that’s wanted is an apology and a right to information that may help reconnect them with a lost family or at least let them know the truth before it’s too late.

I’ve traced a lot of my birth grandmother’s history and talked to some Leitrim locals about her family before the 1950s. I don’t know what happened to her after that. I don’t know where she is, or if she’s alive. She doesn’t know her son died. She doesn’t know she has two grandchildren, myself and my sister, or three great grandchildren, my children.

What I do know is that another man went to the village asking about the same woman, who was his mother, several years ago. The evidence points to this being my dad’s brother. My dad was an only child. His adoptive parents are dead. Yet, I might have a whole family out there looking for me as I’m looking for them.

The Health Service Executive won’t tell me if I have and the Catholic Church certainly won’t.

This is the legacy of the mother and baby homes and it is shameful.

Mary Lou McDonald told me that someone had once said “adoption is the only trauma in a person’s life they are supposed to be grateful for”.

As a society, we need to address the wounds of historical forced adoptions and give the birth mothers the truth and adopted people their rights. This will only happen when we lift the lid on the history of the mother and baby homes.