A united Ireland – Is it true that we can’t afford it? 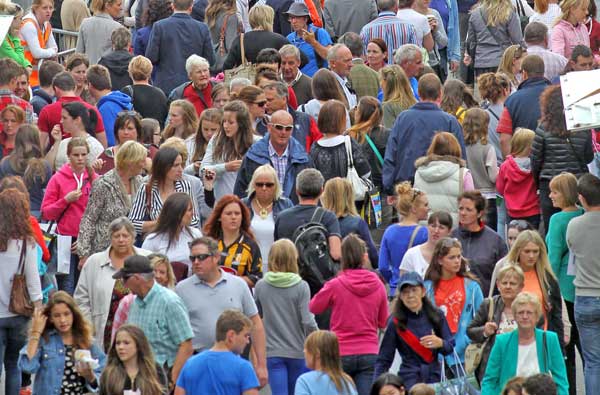 ‘A unitary state would promote administrative and economic efficiency in the island by ending duplication and separate planning and investment programmes and by facilitating integrated promotion of investment, exports and tourism.

‘Natural resources, oil, gas and minerals will be developed for the benefit of all the people of Ireland and could make a significant contribution to securing the economic basis of the state’

IT’S OFTEN SAID (and often glibly without contradiction by commentators or any real analysis), ‘We just cannot afford a united Ireland.’

Sinn Féin’s electoral rise in the early 1980s, with Gerry Adams becoming MP for West Belfast in 1983, has been described by historian Eamon Phoenix as “a shattering blow” to British Prime Minister Thatcher even after her trumphant return to power with a renewed mandate after the Falklands/Malvinas War.

In response, the New Ireland Forum was established between 1983 and 1984 to bring together Fianna Fáil, Fine Gael, Labour and the SDLP (and exclude Sinn Féin!) with the aim of developing options of constitutional change. These options included Irish unity, confederation, and joint authority for the North.

British Prime Minister Margaret Thatcher unceremniously dismissed the proposals one by one at her press conference in 1984 that has become known as her “Out, out, out” speech. Thatcher’s arrogance of the day was matched only by Taoiseach Garret FitzGerald’s impotence as he sat beside her like a scolded child.

Despite Thatcher’s rejection, the simple economic facts remain – and a single planned economy and public services on the island makes more sense than two disparate states.

Thatcher was a footnote in history and out of power when the Good Friday Agreement was struck and endorsed by the people of Ireland, North and South.

The Good Friday Agreement removed the British Government veto on constitutional change. No British Prime Minster could dismiss out of hand the issue of Irish unity. The agreement provided for a Border poll to be conducted North and South to determine the constitutional position and with Britain bound by the agreement to legislate for any change arising from a Border poll. 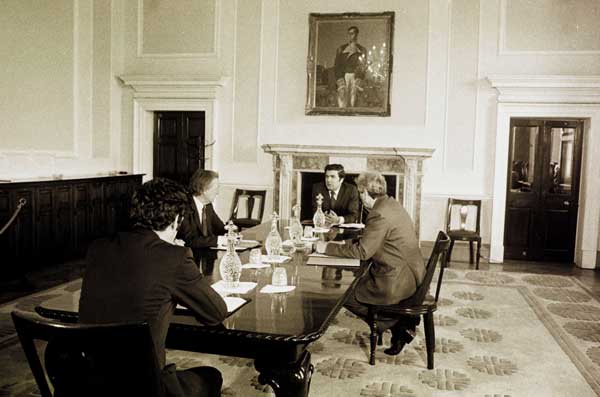 The Good Friday Agreement provides a peaceful and democratic path to deliver an agreed and united Ireland.

The challenge for republicans – and everyone in favour of Irish unity – is to promote the case for reunification and to build agreement on a united Ireland.

The starting point for the economics of Irish unity is the simple question: would our economy and our people be more prosperous in a single planned economy or with the continuation of partition?

While it may be claimed that the partition benefited the North and Britain with its large industrial bases, the past 40 years have marked the industrial decline of both Britain and the Six Counties. The shipyard, the mills and the manufacturing base have gone. The North is significantly more deprived than comparable regions in Britain. It is clear that partition has failed the test of time for all our people and failed to redress the industrial decline in the North.

Let those who believe in the case for partition make the case for its continuation. This must be free of misinformation.

It has been claimed that the deficit of the North is £10billion per year and the South could not afford the North.

This position is unsubstantiated.

This figure promoted by unionism includes costs that are solely associated with the administration of the British state, including England, Scotland and Wales.

These costs are estimated through a paper exercise undertaken by Whitehall civil servants and includes contributions to the Ministry of Defence budget, maintenance of the Northern Ireland Office, Bank of England debt and museums and railway lines that operate solely in Britain.

The figures also exclude many types of taxes and revenue such as tax on the profits of British multinationals in the North who generate £6billion in profit from the North each year. At present no one can claim to have a definitive picture of the deficit in the North but we can be sure that the real figure is at least half of that quoted by unionism. It is time for the British Government to open the books and allow for a full examination of costs and taxes raised to allow for a full discussion on the economics of Irish unity.

At the time of the New Ireland Forum, German reunification was seen as an aspiration. The Cold War was continuing. Interestingly, throughout this period the West German Government continued to plan and build for unity. Within six years of the New Ireland Forum, Germany had been reunited. Despite the major economic challenge of unity, with aid from Europe and the global community, after a period of significant restructuring the unified German economy returned to growth.

So the economics of Irish unity is not a simple exercise in adding together the sums of economies.

Irish unity would be an economic game changer. It would have the potential to readdress economic weaknesses, enhance public services, regain economic sovereignty and promote economic growth for the benefit of all our people. 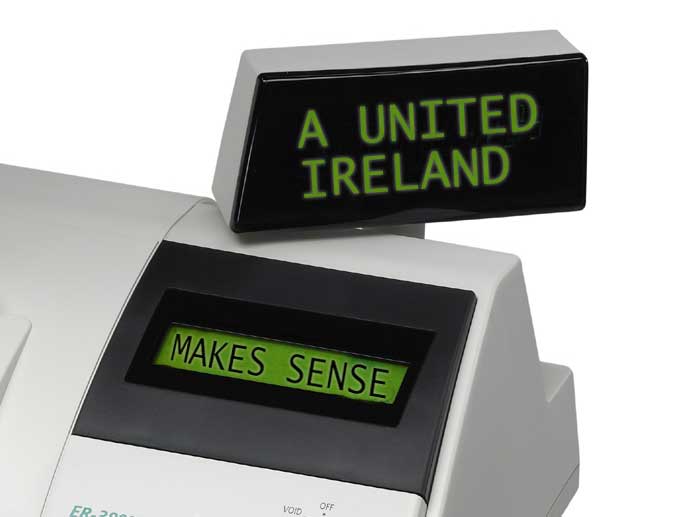 At present, both the North and South are struggling to find efficiencies in public services. Yet along the Border we have disjointed back-to-back provision. On a national level we have disconnected policies, programmes and ‘centres of excellence’.

Heath provides examples of where a better service can be developed by an all-Ireland approach. The new joint cancer centre in Derry will provide services for patients from throughout the north-west. No longer will patients from Donegal or Derry have to travel to Belfast or Dublin for treatments.

The same is happening with proposals to have one centre for paediatric heart surgery locate in Dublin. This will support the development and retention of skills and mean that children and parents in Belfast will not have to travel to Britain for life-saving surgery.

The design and delivery of public services on an all-Ireland basis makes sense and will deliver efficient and effective services.

The benefits of unity would also accrue within the economy not only through savings but by replacing the competition and rivalry between the two states for investment and trade with co-operation. With regard to trade, a unitary state would create a level playing field for trade not dependent on the whim of currency exchanges or taxation differences on the one small island.

The economy of a united and agreed Ireland would still be a member of the EU and have access to the British market which, along with the United States, would make up our largest trading partners.

It would also allow for a single ‘Brand Ireland’ to be promoted free from the confusion and the wasteful duplication brought on by having different state bodies promoting Irish produce and products. They are being marketed against and competing with each other but can anyone tell the difference in quality and taste between beef raised in Louth and Armagh?

The same duplication, cost and confusion is also found in the seeking of FDI (Foreign Direct Investment).

Infamously, John DeLorean pitted the North  against the South in the 1980s to get the best deal. In the end, the taxpayer in the North got the bill and no lasting employment. The same happens today with development agencies IDA and INI competing to attract investment, separately offering more costly incentives and tax breaks. Yet these same companies treat the island as a single labour market and draw employees from across the island.

There are examples in which joint working and co-operation has delivered significant gains for all our people and businesses.

The all-Ireland body, Intertrade Ireland, has worked hard to tackle barriers to trade and promote joint working. Co-operation within third-level research and development is high due to joint working of EU programmes such as the 7th Framework and the new approach being adopted by the Science Foundation for Ireland.

The landing of the joint North/South ‘Project Kelvin’ data connection at Derry should provide greater opportunity to a region that has long been neglected but the potential of this internet access should be promoted jointly for the benefits of all the people in the north-west.

For all of the benefits of co-operation, the Border remains and it costs business. It is a challenge at times to even make a call or connect to the internet along the Border without being hit by excessive roaming charges

Co-operation alone will not realise the full economic potential across the island.

If we are to address the current economic crisis, North and South, we need a bold long-term vision with a plan for all the people on this island. We need to build the resilience and sustainability of our national economy

The economic potential identified by the New Ireland Forum in 1984 still remains but the British Government veto is gone.

We now have the ability to address the economic weaknesses caused and perpetuated by partition. We need to remove the barriers to all-Ireland economic growth and to develop efficient and effective public services across the island.

We need to promote the case for Irish unity, for economic sovereignty and prosperity for all our people.

Partition never made economic sense and it never will.