Don’t be fooled by Fianna Fáil, Soldiers of Austerity 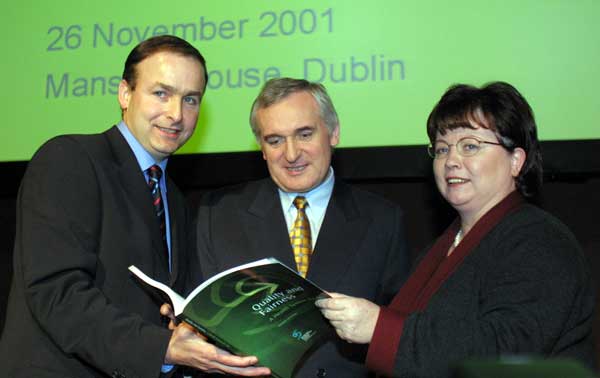 Fianna Fáil was the party that cut Child Benefit, introduced the USC and cut disability and carers’ payments

We put 10 of Fianna Fáil’s costings last year into the Department of Finance – four of them were correct; some of them were just made-up

IT’S A QUIET August and you’re sitting on the news desk at The Irish Times thinking how to fill tomorrow’s paper. A call comes in. It’s Michael McGrath from Fianna Fáil – their acceptable face, the one who wasn’t on the frontbench when they were garroting the state. He has a story. Fianna Fáil are now anti-austerity and want the Government to back off in this year’s Budget.

Well, we all now how that one went.

Tell me I’m not the only person in the country who picked up ‘The Paper of Record’ that day and used a string of swear words unprintable by any standard?

We in Sinn Féin are currently in the middle of our Alternative Budget drafting. Every year, we produce the most detailed, costed Budget alternative produced by any organisation on the island. We set a target – we show how it can be met by tax increases, savings in public spending and also how money can be raised to alleviate poverty and stimulate the economy, measure by costed measure.

We have opposed the Government’s deficit adjustment strategy every year since 2008.

The Budgets have tried to do everything too fast, full of the wrong measures and lacking in a complementary stimulus strategy. Sinn Féin always produced an alternative – at times matching the adjustment of the year, but with entirely different measures.

I know for a fact that Sinn Féin’s document is the most detailed document produced. Part of my job is reading all the other submissions. From lists of demands to vague proposals that ‘have the potential to raise billions’, the majority of ‘alternative budgets’ that go to the Department of Finance are extremely poor. 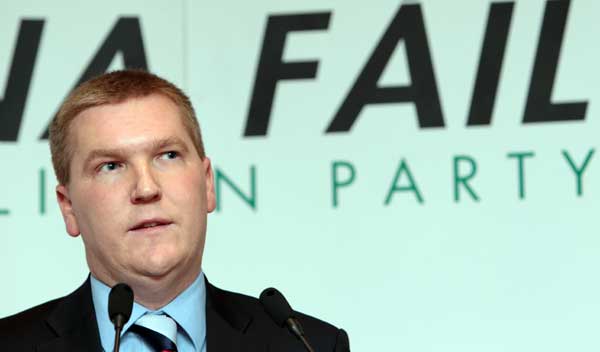 Last year, Fianna Fáil had a go at an alternative budget. Now, to be fair, they had the Civil Service and various vested interest groups writing their budgets for 14 years, so last year was only their second attempt at doing it on their own. After it was printed, we put 10 of their costings into the Department of Finance – four of them were correct; some of them were just made up.

€100million from a tax on high salt and sugar products? Even the lobby groups themselves didn’t put such an outlandish figure on paper.

Their cigarettes proposal allegedly came from the Irish heart and cancer foundations and Fianna Fáil claimed it would raise €100million. The foundations are advocating a .62cent increase in the price of smokes this year, saying it would bring in between €41million and €60million. 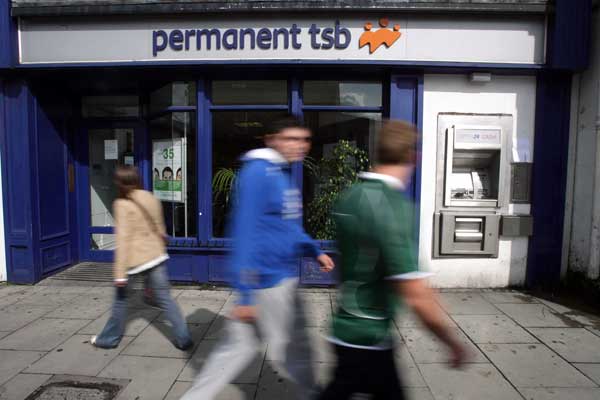 180,000 householders are in mortgage distress

Fianna Fáil’s budget was so full of holes a bus could drive through it.

Fianna Fáil has been out calling for an easing of austerity in this year’s budget. Has it anything to do with accepting the €28billion in taxes and cuts that have been inflicted on the Irish people since 2008 have taken their toll?

Is this Fianna Fáil, the party that started the attacks on Child Benefit, introduced the USC, cut disability and carers’ payments, and tried to cut the old age pension, realising that people and the economy can take no more?

This is Michael McGrath sitting down with his abacus, chewing the end of his pencil and realizing — if we don’t want to annoy any potential voters and yet still produce something that looks vaguely like a budget submission – I need the adjustment to be less.

I’ve seen his Budget preparation Parliamentary Questions. They don’t add up to even €2billion, let alone the Government’s target of €3.1billion.

Aside from some minor tinkering, one of his bigger proposals to bring in a few million is a tax on Lotto wins. Ah, Michael – you thought trying to cut the pension brought strife? Wait until you tell them your taking some of their Winning Streak money. 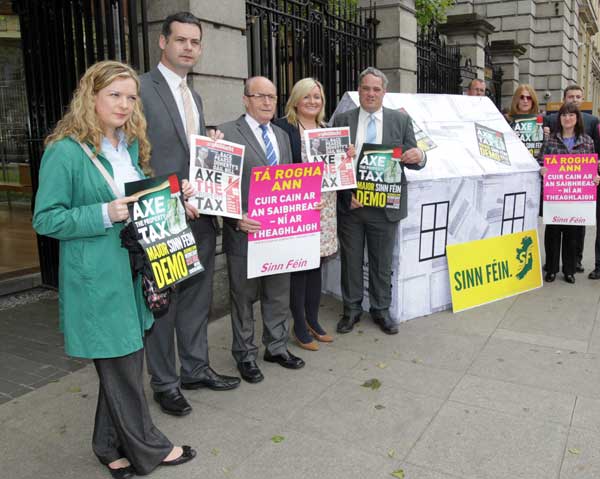 What has Fianna Fáil actually committed to reversing of the austerity measures they supposedly oppose?

A key commitment in Sinn Féin’s Budget submission this year will be to reverse the Property Tax. We opposed it, so we will find the €500million to abolish it.

Fianna Fáil sort of opposed it. They jumped up and down a bit anyway. They won’t be reversing it. At least not until the economy’s books are ‘in a better place’, and they’re trying to get back into government on a platform of abolishing everything that people don’t like, a la Jack Lynch in the 1970s.

Sinn Féin does not believe the Government should make a €3.1billion adjustment this year. The economy is on its knees. We are back in recession. 300,000 people have emigrated in the last four years. There are 420,000 people on the live register and almost 180,000 householders in mortgage distress. Businesses are still closing daily. One in ten children are living in consistent poverty. The harsh deficit adjustments year after year have lengthened and deepened a crisis that should have been fixed by now.

This has to be the budget that halts the hardship. A budget of more frontline cuts, of water charges and other unfair taxes will be the straw that breaks the camel’s back. Scratch that. The camel’s back was broken a couple of years ago. This would be taking away its wheelchair.

That’s not to say there aren’t measures that could and should still be taken. Throughout the last five years some sections of society have been insulated from austerity. Politicians, for example – yep, they’re the ones who make the Budget decisions. They’ve had some minor cuts. Let’s face it, when you’re on €100,000 a year plus expenses, you probably don’t notice the odd aesthetic pay cut. 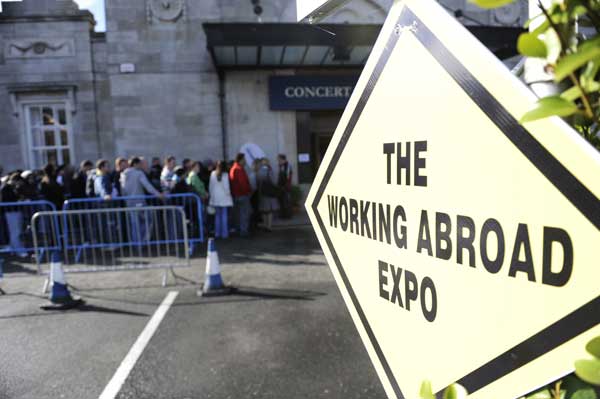 There are a range of tax measures which should still be introduced.

To have come through the last five years with only two tax bands and rates is remarkable. A third band and rate for high-income earners must be introduced. The costly tax relief regime, particularly for private pensions, must be dealt with. The state can barely pay public pensions yet it is still propping up an industry that lost a lot of people’s pensions during the crisis.

Nearly every representative body of people in the real economy is calling for this year’s adjustment to be less – from ourselves, to the unions, to IBEC, the Irish Business and Employers’ Confederation.

We are all doing it because it is necessary and a concerted pressure mounted on the Government just might pay off.

Fianna Fáil has added its voice to the call because it’s a party of career-driven cute hoors who would say and do anything to get their greedy, grasping claws back into power.

It’s our job to make sure the Irish people don’t get fooled by them. 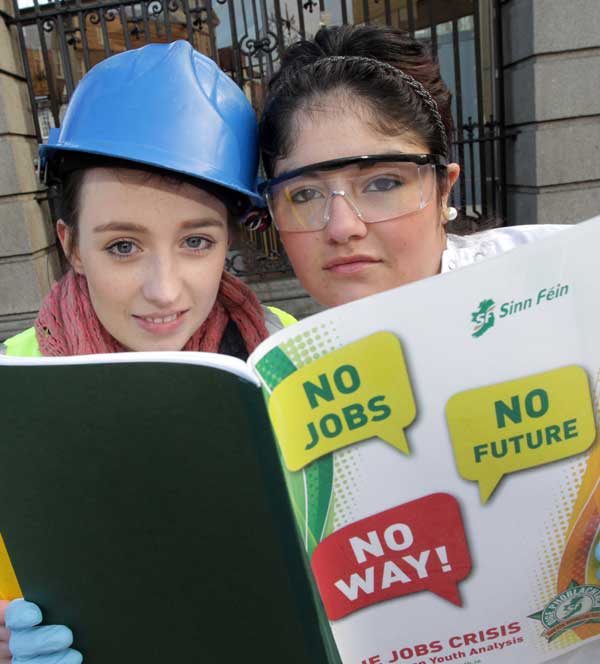