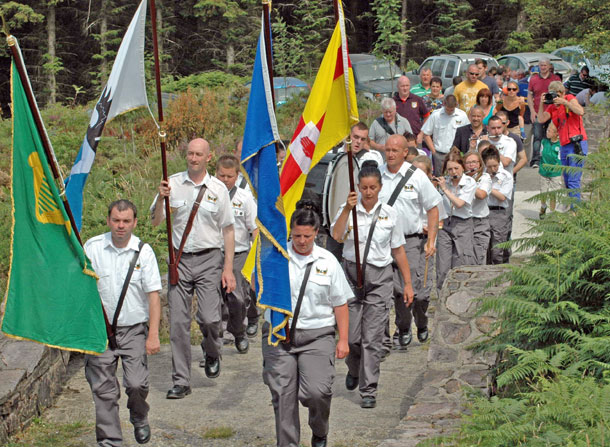 THE Sinn Féin MP for Mid Ulster, Francie Molloy, called for unity among republicans at the 90th anniversary commemoration of General Liam Lynch on Sunday 21 July in the Knockmealdowns near Goatenbridge.

A crowd of over 200 made its way up the 5km dusty mountain track leading from Goatenbridge to the 50foot-high round tower monument that marks the place where Lynch was mortally wounded in the last days of the Civil War on 10 April 1923 by Free State forces.

He was Chief of Staff of the IRA at the time although he was only 29 years old.

Veteran republican Marcus Fogarty explained that the monument to Lynch was erected in 1935 by republicans with donations from all over Ireland and beyond.

Liam Lynch did all in his power to prevent civil war and disunity in the Republican Army and argued on many occasions for no attacks on Free State forces. Lynch did not want civil war but he was committed and determined to protect the Republic which they all had fought for, so many died for, and to which he had sworn an oath of allegiance.. 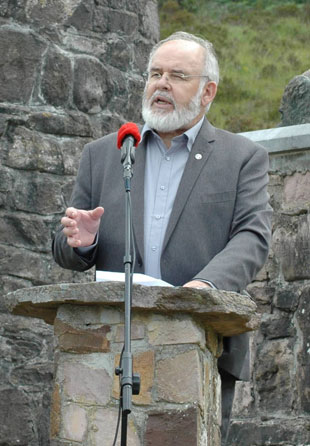 Francie Molloy MP urged unity among all republicans. Addressing those in the crowd who were not members of Sinn Féin, he said:

“It is important now we bring together the republican family that was so divided in the past to achieve this aim.

“Republicans are proud of our past, we are proud of where we came from and those who paid the supreme sacrifice in the cause of freedom.

“We have an opportunity to build a real democracy and Ireland of equal opportunity to cherish all of the children of our nation. Bobby Sands said our victory will be the laughter of our children. We must bring the republican family back together we must work to build the nation that Liam Lynch could only dream of. We have it within our grasp.

“Republicanism is stronger today than ever before: we are in government in the North and we are the main opposition in the South.

“We need unity now, like we never did before. We need unity to bring about the united, democratic republic that will see Ireland as an island of equals moving forward together towards the republic of which Liam Lynch dreamed.”