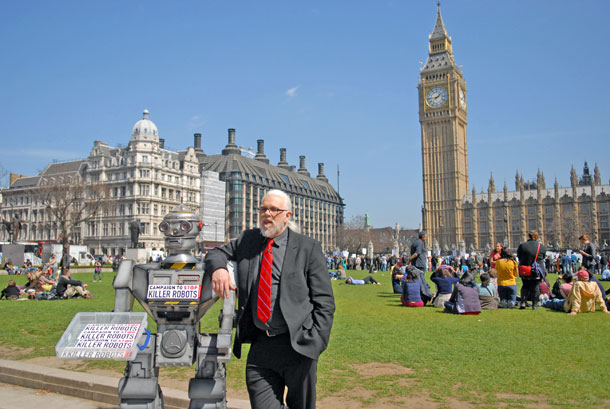 Professor Sharkey notes that it is still impossible for robots to distinguish between humans and vehicles, never mind combatants and civilians

IT’S A SCARY THOUGHT straight from a sci-fi blockbuster but, in the near future, killing machines with absolutely no human input could be let loose to engage and kill at will.

At this very moment, the USA, China, Israel, Russia and Britain are pouring millions into research projects aimed at developing fully autonomous military robots. Human rights groups are calling for a treaty to ban such weapons before they become a reality.

Belfast-born robotics expert Professor Noel Sharkey is a leading expert on artificial intelligence and a spokesperson for the ‘Campaign to Stop Killer Robots’. The campaign wants a pre-emptive ban on lethal autonomous robots:

“These things are not science fiction. They are well into development,” Noel says,. “In America they are already training more drone pilots than real aircraft pilots, looking for young men who are very good at computer games. They are looking at swarms of robots, with perhaps one person watching what they do.”

Already, states have begun testing robotic weapons. While they have not yet been deployed operationally, a United Nations Human Rights report notes that military documents show the US, Britain, Israel and South Korea have development programmes at various stages of autonomy.

Both Britain and the USA have developed and tested intercontinental fighter jets which, once activated, can seek out and destroy targets at will with absolutely no human input.

The US has also been testing an unmanned seven-tonne autonomous combat vehicle nicknamed ‘The Crusher’, designed to provide fire support to troops on the battlefield and act as a robotic sentry guard.

Other programmes, such as a submarine which will roam the oceans destroying ‘enemy vessels’, are in the pipeline

US activist Jody Williams, who won a Nobel Peace Prize for her work at the International Campaign to Ban Landmines, has said:

“I find it personally terrifying to consider that people are trying to research, develop and produce weapons that on their own can kill human beings with no human being involved in the process other than programming the machine and letting it go. I think that crosses a moral and ethical boundary that should not be crossed.” 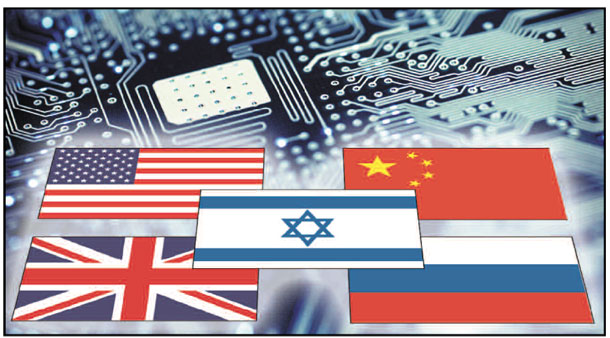 The use of fully autonomous weapons creates a huge legal, ethical and moral grey area.

At a meeting of the UN Human Rights Council in May of this year, Special Rapporteur Professor Christof Heyns said:

“The possible introduction of LARs [lethal autonomous robots] raises far-reaching concerns about the protection of life during war and peace. If this is done, machines and not humans will take the decision on who lives or dies.”

If a completely unmanned robotic weapon is let loose on the battlefield, devoid of human emotion, judgement and common sense, how can it decide who is or is not a combatant?

Is it possible for combatants to surrender to a robot?

Can it adhere to the rules of war and, ultimately, if the robot commits war crimes with no human input, who is to be held responsible?

There has been such concern at international level that a UN report into the matter states that if it is not possible to identify who is responsible for the actions of an autonomous weapon then “its use should be considered unethical and unlawful as an abhorrent weapon”.

Professor Sharkey also notes that it is still impossible for robots to distinguish between humans and vehicles, never mind combatants and civilians.

Steve Goose, Executive Director of the Arms Division at Human Rights Watch, says it will be civilians who will pay the ultimate price in the future:

“It is essential to stop the development of killer robots before they show up in national arsenals. As countries become more invested in this technology, it will become harder to persuade them to give it up. Action is needed now, before killer robots cross the line from science fiction to feasibility.”

Intercontinental combat aircraft which select and destroy their targets