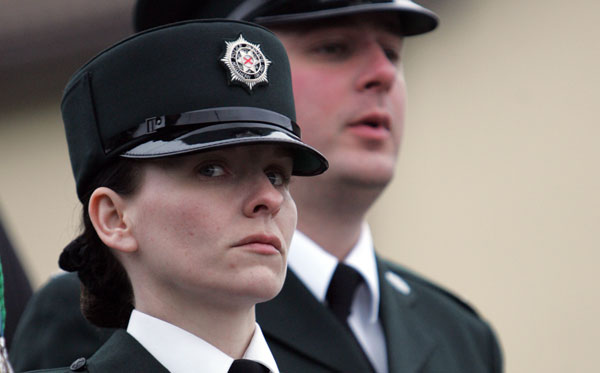 THE PSNI stands accused of “incoherent and in many cases indefensible decision-making” from the latest report by the Criminal Justice Inspectorate watchdog, Sinn Féin Policing spokesperson Gerry Kelly MLA says. 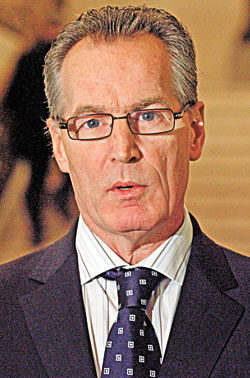 The Sinn Féin Justice spokesperson says that the surreptitious rehiring into PSNI civilian posts of former members of the RUC (5,000 of whom took substantial ‘Patten’ redundancy packages to leave the police) is a major stumbling block to developing a new policing service that is democratic and accountable.

On 9 May, the CJI published Finding the Balance: Matching Human Resources with Priorities in the PSNI.

Rehiring and the revelation in the report that the PSNI spends more than a third of its budget on what is called “national security duties” (i.e. dictated by Westminster) that are unaccountable to the Assembly undermine progress on policing in the North, Gerry Kelly says.

With a civilian complement of less than 25%, the PSNI has a lower standard than forces in England and Wales (around 33%), and many of those on PSNI civilian contracts are ex-RUC. This is a concern of Sinn Féin echoed by the CJI report.

In December 2011, Gerry Kelly met the North’s Audit office and handed over information uncovered by the Policing Board that exposed the PSNI policy of rehiring retired police officers.

At the same time, Sinn Féin met the CJI and raised the matter with them. It was then agreed that the Audit Office and CJI would carry out investigations but would share information.

In its findings (released in October last year), the Audit Office was scathing about the PSNI’s governance of the contract arrangements for hiring former serving members as agency staff. It said:

“Before 2011, there was no corporate policy or procedure governing the engagement of agency staff and decisions were taken at local discretion. As a result, the number of temporary posts increased from just over 100 in 2002 to over 800 by 2007 when, in our opinion, their use appeared out of control.

“Many posts were not subject to adequate job evaluation. An internal review in one department identified that more than half the staff were being paid at a higher grade than the post warranted.

“PSNI did not always have sufficient management information to understand the extent and costs of using temporary staff.”

The Public Accounts Committee subsequently opened its own inquiry which is due for publication in the coming weeks.

The PSNI in numbers

Former officers on contract Up to 1,000