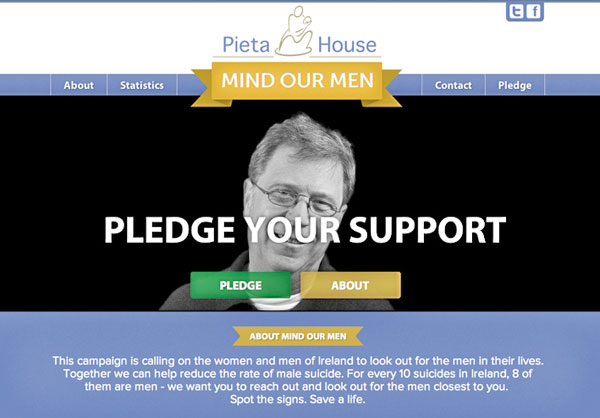 “BY THIS DAY NEXT WEEK, 10 people in Ireland will have died by suicide, and 8 of them will be men,” Joan Freeman of Pieta House tells An Phoblacht. It is this shocking statistic that brought the suicide and self-harm crisis centre to launch the ‘Mind Our Men’ campaign.

Pieta House has called on people to educate themselves on the signs and symptoms of suicide. The Mind Our Men campaign aims to give people the skills and training needed to reach out to men in their lives during times of crisis.

Joan says that while there has been a huge increase in suicide awareness in recent years, it is still not enough.

“There are hundreds of organisations doing great work but it’s family and friends who are on the frontline and who need to educate themselves on the warning signs to look out for,” she says. “Research shows that more suicides are prevented by family and friends than by any organisation or institution. This is why we’re targeting the women and men of Ireland and empowering them to tackle the problem of suicide – spot the signs and save a life.” 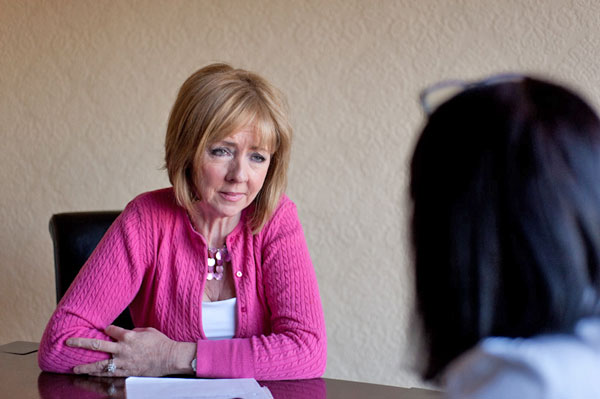 Men are far less likely to get help for themselves and often believe that they can ‘fix’ the situation or that their feelings will pass. Joan says that in the vast majority of cases men are referred to the organisation by their partner or mother. Pieta House says its research shows that the two traumatic life events that would most likely lead men to taking their lives are: the loss of a major relationship, through break-up or bereavement; or problems with employment, either redundancy, unemployment, retirement or job uncertainty. The fact that most suicides are prevented by family, friends and colleagues explains why knowing how to react is so important. If a person has noticed multiple signs that a person is suicidal they should:-

ASK: Tell him that you have noticed he is feeling down. Ask him the question: “Are you suicidal?”

PERSUADE: Persuade him to allow you to get help. Do not leave it up to him.

REFER: Refer him to an organisation like Pieta House or his GP if no service is available.

People are also reminded that if somebody expresses suicidal thoughts they should be taken seriously and it should never be assumed that a person is attention seeking.

“It’s frightening to think that there are women and men across Ireland today whose loved ones may be contemplating suicide without their knowledge,” says Joan. “It could be your father, your son, your partner, your brother, your friend; this is why it’s so vital that we all take a proactive approach in learning the signs to look out for.” 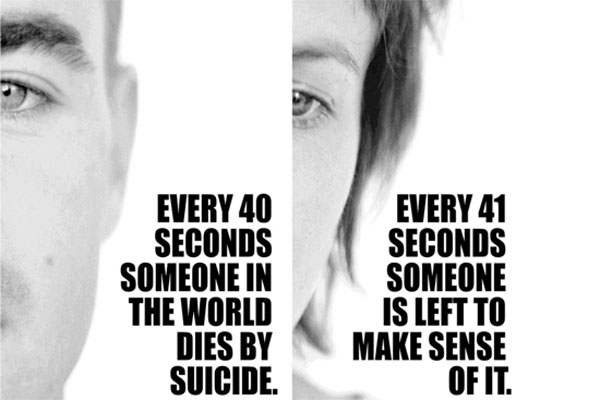 Signs that somebody may be in distress:

If someone you know is displaying one or two of these signs – don’t worry. Chances are they’re fine. If they’re displaying multiple signs, then you might need to take action

MIND OUR MEN: To pledge your support for the campaign and join the growing community of people across Ireland minding their men, log on to www.mindourmen.ie

Every year, in every country in the world except China, more men die by suicide than women

Every week, 10 people die by suicide in Ireland 8 of them are men