North’s economy under attack from Westminster 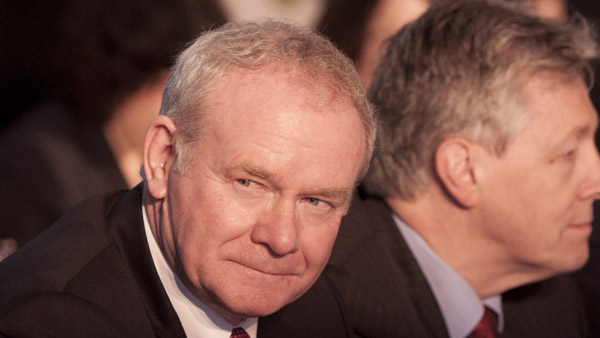 • Martin McGuinness: I find the targeting of the most vulnerable and hard working low-income families by these welfare cuts as unacceptable. I have told the British Prime Minister this very directly

A NUMBER OF WEEKS AGO, myself and Peter Robinson met with the British Prime Minister David Cameron in Downing Street. It was one of only a handful of meetings that have taken place since the Tory/Liberal Democrats coalition came into power.

Throughout their time in government they have not been as engaged as they should have been in the Peace Process and have undermined the work of the Executive:

At the centre of all of this is a failure to understand what is required in a society moving out of conflict.

What is urgently needed is an investment package to stimulate the economy.

That is why all of the parties ensured a key outcome from the negotiations at St Andrews which led to the establishment of the current Executive and Assembly was a commitment from the then British Government for a significant Peace Dividend. This was a negotiation presided over by the British and Irish governments and in conjunction with the US through their Special Envoy.

This was a recognition that society in the North is emerging from conflict and had suffered from decades of under investment during Direct Rule, particularly in our infrastructure.

One of the first actions of the current British Government was to renege on this commitment.

By this action it removed from the Executive the ability to deliver a capital investment programme in key infrastructural projects which would have had the dual effect of providing much-needed employment in the construction industry and bringing our roads, hospitals and schools up to the necessary standard.

The next action of the British Government was to cut the Block Grant.

Within the fiscal constraints of the Executive collectively we managed to raise some additional revenue and tried to offset the worst effects of the cut to the Block Grant.

But this approach was clearly stretching our finances to the limit.

Now, to compound this difficult situation, the British Government are seeking to impose welfare cuts under the guise of reform.

This will, in effect, remove millions of pounds from the economy in the North.

I find the targeting of the most vulnerable and hard working low-income families by these cuts as unacceptable. I have told the British Prime Minister this very directly.

Having invested so much in this process and in these institutions I am frustrated that the British Government are undermining our work to this extent. 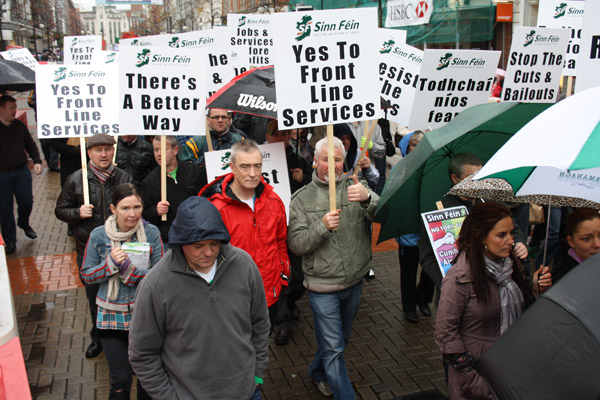 People rightly expect the Executive to try and deliver, however it seems the British Government are intent on trying to get us to operate with our hands tied behind our backs.

We have recently met the British Secretary of State Theresa Villiers to discuss an economic package for the Executive. It was not a good meeting and in many ways mirrored our previous discussions with David Cameron.

This cannot continue. The Executive simply cannot sustain attack after attack from the British Government undermining its ability to work effectively and deliver for the community.

It is my view that the Executive cannot sustain these three attacks on our finances.

Put simply, the British Government need to think again. They need to return to the commitments they have made. They need to recognise the unique situation the Executive is in and the political reality that we will not countenance the continuation of this agenda or acquiesce to it.

The British Government need to re-engage with the parties in the Executive. They need to come to the table with a sensible economic package which will allow progress to be made.

We do not want or expect blank cheques. But what we do demand is that ability to be allowed to deliver on the basis which was previously agreed.