ALTHOUGH any criminal investigation into contamination points of origin in the horse meat scandal is in the competency of individual states and must be pursued, the major supermarket chains cannot escape their responsibility for creating the conditions which encourage such criminality.

The pressure placed on suppliers by multinational chains for cheap as opposed to quality has only served to encourage unscrupulous elements within the supply sector to cut corners and substitute cheaper alternative ingredients in products.

There is a clear case of fraudulent criminal activity involved and while investigations must be undertaken by the relevant authorities in individual states there is an onus on politicians as legislators to develop regulations that will frustrate those who would attempt to contaminate our food chain in the future.

While those opposed to ‘Country Of Origin Labelling’ (COOL) claim that the issue concerns undeclared species in meat rather than COOL, proper point of origin information would assist in identifying the source.

In keeping with this primary goal of ‘Traceability’ — and to avoid any damage to the reputation of our food industry should a problem be detected on the island of Britain — the North of Ireland should be allowed a derogation from any COOL regulations referring to ‘State’ or ‘Country’. This derogation would allow producers in the North of Ireland, in keeping with the terms of the Good Friday Agreement — an international treaty — to choose Irish or British designation. With maximum co-operation between Assembly departments and their Oireachtas counterparts, traceability of goods labelled ‘Irish’ would be relatively straightforward.

With modifications to cater for unique situations as that presently pertaining in the North of Ireland, the introduction of a mandatory country of origin and ingredient labelling system for meat products, including frozen and processed meals, would act as a deterrent to those contemplating substituting unspecified alternatives into food products. Such regulation would inject transparency and a higher degree of traceability which in turn would help restore consumer confidence. 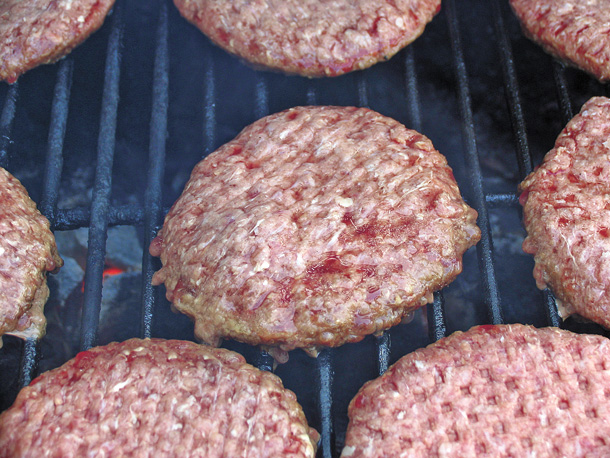 COOL labelling would encourage supermarkets to take responsibility for their supply chain and, because of the expanse and complexity of the chain, would make it less difficult to police.

While there is a responsibility for individual countries to ensure the reliability of the food chain domestically, I believe that there is also a requirement on Europe to do whatever is required to standardise regulations throughout the European Union. This should include regulation of all food products imported from outside the EU.

And while the EU Commission may claim that it has the most developed legislation in the world for food labeling, it clearly isn’t good enough. Existing traceability mechanisms may have worked to a degree in identifying that there was a problem but they did not succeed in tracing those responsible for the contamination.

I welcome the fact that the EU Commission has appointed an external study on the feasibility and costs of introducing legislation on COOL to be published in the autumn. In supporting the COOL proposals in principle, any legislation must make allowance for the unique situation of the island of Ireland in keeping with the spirit of the Good Friday Agreement.

While this scandal may not constitute a food safety issue it is a major consumer confidence issue and raises many more questions about what other undeclared species may be entering the food chain. Consumer confidence is the mainstay of any industry and we must do all in our power to ensure that consumers can have confidence that what it says on the packet is exactly what they are getting.

Therefore, taking full account of the specific characteristics of the member state, thereby allowing beef from regions such as the North of Ireland identify as Irish, and Scottish beef to retain its ‘Scottish’ label would aid traceability in general and prevent scandals like this from recurring.  Being able to retrace our meat from the ‘fork to the farm’ would also offer consumers the fullest possible information and renew confidence.