US colonel who resigned over Iraq War talks to An Phoblacht

‘Telling the truth these days is a very difficult thing to do’ – Ann Wright, ex-soldier and US State Department diplomat, now peace activist 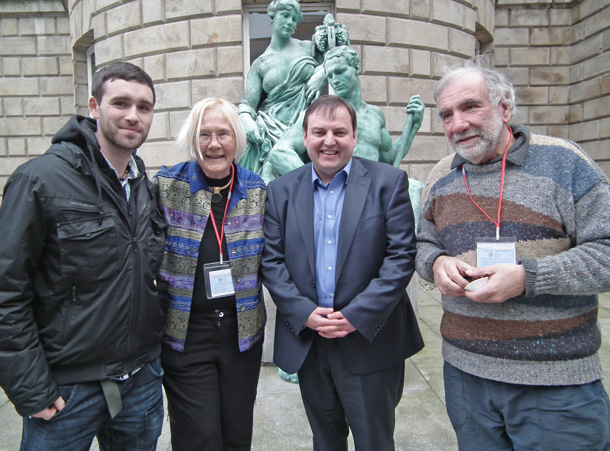 ‘Ireland’s unique role is to stand for neutrality, peace and dialogue’

FOR 13 YEARS, Ann Wright was an active duty US soldier. She spent another 16 years in the Army Reserves, retiring as a colonel. Part of her army work was special operations in civil affairs. She later joined the State Department and received an ‘Award for Heroism’ for aiding in the evacuation of civilians during the civil war in Sierra Leone.

Over the next 16 years she served as a foreign diplomat in countries such as Nicaragua, Somalia, Uzbekistan, as well as Sierra Leone. She was on the team that reopened the US Embassy in Kabul, Afghanistan, in December 2001 after the fall of the Taliban to US forces.

In 2003 she was the highest-ranking military official to resign over plans to invade Iraq. She has since become an outspoken critic of US foreign policy and interference in Middle Eastern and African countries. She has been arrested on board in the Gaza aid flotilla that saw nine Turkish activists shot dead by Israeli commandos, and she accuses the Irish Government of helping the CIA (Central Intelligence Agency) by allowing it the use of Shannon.

In February, Ann was on a speaking tour of Ireland organised by the Peace and Neutrality Alliance (PANA) and the Irish Anti-War Movement, including meeting MLAs at the Assembly in Stormont and briefing Oireachtas members at Leinster House. Ann took time out to talk to An Phoblacht’s MARK MOLONEY.

ANN WRIGHT became a household name in the US in 2003 as George W Bush and the Pentagon prepared for their illegal invasion of Iraq.

Writing to then US Secretary of State Colin Powell just hours before US forces landed on Iraqi soil, Ann said:

“I believe the Administration’s policies are making the world a more dangerous, place, not a safer one. I feel obligated morally and professionally to set out my very deep and firm concerns on these policies and to resign from government service as I cannot defend or implement them. I hope you will bear with my explanation of why I must resign. After 30 years of service to my country, my decision to resign is a huge step and I want to be clear in my reasons why I must do so.”

She also cited her disapproval of US policy on Palestine and North Korea. Two other senior State Department officials also resigned over the invasion.

When I meet her in Dublin, the short, bespectacled woman in her mid-60s carrying a peace symbol handbag certainly doesn’t meet the stereotype of a former US military colonel.

“It’s my first time here in Ireland,” she says cheerfully. “Before I left America, my friends were saying, ‘What? You’ve been all over the world but have never been to Ireland?” She laughs. She has just come from giving a talk to cross-party members and advisers in Leinster House. Sinn Féin TDs Pádraig Mac Lochlainn (Justice & Defence) and Seán Crowe (Foreign Affairs) were both there.

Afterwards, Ann happily talked to An Phoblacht in the Irish parliament buildings.

How did her colleagues react to her resignation? Did they consider what she had done to be unAmerican or unpatriotic?

“When I resigned I received over 400 emails from people in the State Department telling me ‘You’re doing the right thing; we should all be resigning over this; the Iraqi people are going to get smashed.’

“Lots of them wanted to resign with us but they all have kids in college, mortgages, families to keep, so they felt they couldn’t give up their careers the way we did.

“Behind the scenes there was a massive amount of dissent and opposition to the decision to invade and occupy Iraq but the politicians wouldn’t allow any dissent.” What did serving US troops make of her actions?

“Sometimes there are active duty military at anti-war rallies and they will be shouting at the protesters, telling them, ‘You gotta support the troops.’ I’d go over and talk to them and by the time I’d get through talking to them they’d be acknowledging, ‘Well, we do have concerns about what is going on.’

“I’ve never had a person who, after I’ve had a chance to speak to them one-on-one, that ever kept saying, ‘You were wrong to do it.’” 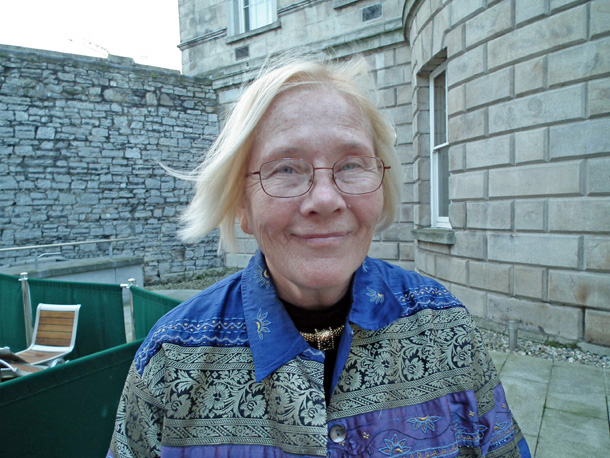 Ann arrived in Ireland the same week that NATO Secretary General Anders Fogh Rasmussen told a Dublin audience that Ireland should participate more in NATO-led operations and missions and encouraged the Irish Government to consider membership. Ann says involvement in NATO “is essentially kow-towing to the United States”. NATO, the former US Army colonel and diplomat says, is a vehicle “for the extension of US foreign policy”.

As we were talking in Leinster House, Defence Minister Alan Shatter and the Fine Gael/Labour Government was agreeing to send Irish troops to Mali as part of a British-led training element for the Malian Government (which came to power during a coup) in the three-sided civil war taking place there.

Ann says the Irish people need to be cautious about such a move.

“Now that the Middle East has been over-run, America needs another enemy and it looks like the African continent has become a target.

“There have been small teams of US and British special forces in every African country for decades training troops. So the idea that you need to send more troops, such as the Irish and British team, to train Malian troops is a pretext. When the coup happened in Mali, senior US officials were saying, ‘We trained the Mali military but we weren’t supposed to be training them to overthrow that Government.’”

At the time of the coup last year, Washington condemned it and called for the restoration of the civilian government. The US is now backing the government it initially opposed.

“I’d tell the Irish people to be very wary of this mission,” says Ann. She says US military exports, including a recent €1billion sale of military drones to NATO, are a major factor in perpetuating ongoing military conflicts and that foreign involvement in such conflicts “is not for the best interests of the people who live there”.

She also says the US denunciations of states such as North Korea and Iran as an “Axis of Evil” are unhelpful and only put these countries into a corner where they are now saying “Screw you!” to the West.

What does she think about the use of Shannon airport by US forces.

Is the Irish Government, by allowing the US military to use Shannon Airport, assisted the CIA in illegal activites? Her answer is unequivocal.

“These politicians don’t think they’re ever going to be held accountable but that’s not always the case.”

The Italian Government’s intelligence chief, Nicollo Pollari, was jailed for 10 years in February after he helped the CIA kidnap a Muslim cleric in Milan in 2003. Twenty-three CIA agents were also convicted in abstentia.

In January of this year, John Brennan, a high-ranking CIA chief whose parents hail from Roscommon, was named as the incoming Director of the CIA. Mainstream Irish newspapers were giddy with headlines like: “Irishman who planned bin Laden raid to be named as new CIA head.” Ann is less impressed.

Just before Ann arrived in Ireland, she and eight others were arrested and charged with “Disruption of Congress” for standing up and speaking out against the new CIA chief during his nomination hearing. She’s now awaiting trial and faces a fine and possibly a stint in prison.

“During the Bush administration he was part of the torture programme, advanced interrogation, kidnapping and rendition,” she tells me of Brennan.

“He was a part of all of that. The icing on the cake is that he is the key person in the assassin drone programme. Every Tuesday he brings in a kill list to President Obama, which includes people they believe they have evidence against of anti-US activites. Of course, we can’t examine this evidence because the public don’t get to see it. John Brennan brings this list in and asks the President, ‘So who do we want killed this week?’ So now the US President is the judge, jury and executioner, which is outside of his constitutional remit.”

She notes how George W Bush and others from his administration will not travel to places like Portugal, where they could be arrested and face trial.

More than 4,700 people have been killed in CIA drone strikes in an undeclared war in the tribal areas of Pakistan.

So what can politicians in Ireland do to help the anti-war movement?

“There are so few countries in the world that have a policy of neutrality. It is a major statement for a small state to stand up and say, ‘We are not going to take part in these wars and we will not participate with other countries in killing people.’

“Ireland is in the minority in its neutrality. The Irish Defence Forces are DEFENCE FORCES. Their job is to defend the state. They are not there to go and maraud in other countries. There are plenty of other people in the world who go out and kill, and they do it with great frequency. But Ireland’s unique role is to stand for neutrality, peace and dialogue.”