The food scandal and weighing up the options 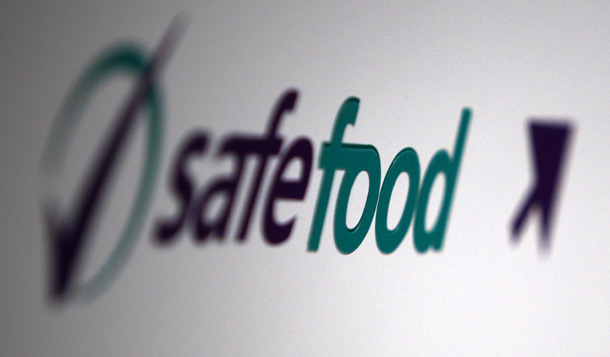 “THE SIMPLE FACT is that food cannot be seen as a cheap commodity,” says Mark Price, Managing Director of the Waitrose supermarket chain. Price’s comments have resonated through Europe since the ‘horsegate’ saga began in Ireland in January.

It is only now that the true nature of the problem with food production is being recognised.

It begins with accepting that good food cannot be produced as cheaply as the pseudo foods that cram our supermarket shelves. Maybe it is time to talk about what real food really is and ask when we did start thinking beef should come in a cardboard box and not from the butcher.

It is true that government regulation is light touch throughout the food sector.

One example of Irish Government strategies was the removal of the ban on below-cost selling by retailers. This was done in 2006 by none other than Mícheál Martin. He was then Minister for Enterprise, Trade and Employment. The removal of the Groceries Order allowed retailers to put more pressure on food producers to drop prices. This process has trickled down into the suppliers with the collapse in food quality we are experiencing now.

A study published in February by the Consumers’ Association of Ireland found:

“The cost of a typical basket of groceries has increased by more than 12% in the past two years, with the price of some products jumping nearly 40%.”

So some foods are cheap but, on the whole, we are paying more for our groceries to the supermarkets whose frozen foods have been found to be so tainted.

But let’s back up. There are burger factories. They make burgers with ingredients other than beef? Yes, there is a multi-billion food sector out there that packs the shelves of the shops you visit with products that look like food but are, in fact, elaborate scientific miracles that might even taste like food but are not really food at all.

Take your afternoon or mid-morning snack. Option A: an apple; Option B: a Kit Kat bar. I bought both today. The apple doesn’t need extra ingredients. Okay, it might have been sprayed with pesticide (who are we kidding — it was sprayed with pesticide). It might get polished, wrapped in a bag or boxed. It cost 65cents and with an average apple having 100calories that works out at 0.65cents a calorie.

Then there is my 16-ingredient Kit Kat. It needs a factory to make it, another to make the wrappers, ingredients come from different continents. I got two choc fudge chunky bars for €1.50 at 264calories a bar and it worked out at 0.28 of a cent per calorie.

This little bit of maths encapsulates the first problem of the food industry in Ireland and internationally: bad calories cost more than good ones. Repeat the exercise for a packet of tortillas and see how cheap crap food really is.

The idea comes from the research of Adam Drewnoski at the University of Washington. His findings were echoed in a 2009 University of Navarra study of 11,000 Spanish third-level students which found that following the more healthy “Mediterranean diet: rich in fish, olive oil, legumes, fruit and vegetables” meant spending more on food than those who “followed a ‘Western’ diet: high in saturated fat, sugar, and red meat”.

The Government in Ireland are concerned about the €9billion food export industry but are they as concerned about the quality and healthiness of the food in our shops? The drinks industry has resisted a sugar tax. The food manufacturers have opposed a fat tax. One introduced in Denmark last year did lead to an increase in cross-border food shopping in northern Germany but couldn’t we have an island-wide food levy on unhealthy meals?

Last year, SafeFood, the Food Safety Promotion Board, estimated the annual cost of overweight and obesity to be €1.64billion across Ireland, North and South.

The Irish Government’s agricultural policy is called ‘Harvest 2020’. They aim to grow the industry to a €12billion annual export market. They don’t include the other aspects of this harvest: more cheap junk food, larger farms, bigger supermarkets, worse quality food, and a lot more unhealthy, overweight people.

There’s a lot on our plate we should be looking more closely at and weighing up the options.

• SafeFood estimate the annual cost of overweight and obesity to be €1.64billion across Ireland