Pat Finucane assassination: Who did know in Whitehall? 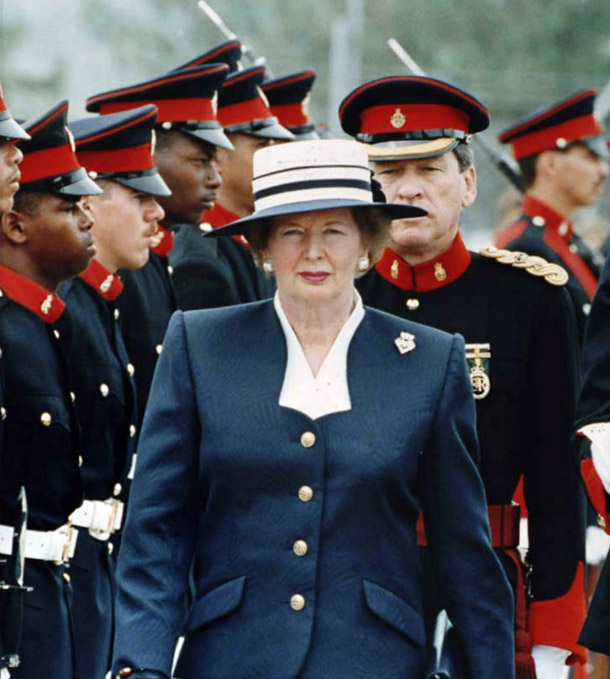 “Yet another British government has engineered a suppression of the truth behind the murder of my husband.” – Geraldine Finucane

DID British Prime Minister David Cameron really think the report by Sir Desmond de Silva QC into the killing of Belfast defence lawyer Pat Finucane on Sunday 12 February 1989 would satisfy the family’s demand for the independent, public inquiry they have sought throughout the two decades since his murder by agents of the RUC Special Branch and the British Army?

It hasn’t. The family, human rights and civil liberties groups (including Amnesty International) and the Irish Government — partners to an agreement entered into by the British Government and Tony Blair at Weston Park in 2001 — have all repeated their call for a public inquiry after the publication of the de Silva report. Sinn Féin and the SDLP echoed that call.

If the British Prime Minister thought that his apology in the British Parliament or his admission 23 years later that the British state colluded in the Finucane killing would silence Geraldine Finucane and her family then he was badly mistaken.

The Finucane family’s immediate response to de Silva’s 500-page review and Cameron’s statement was to label the report, a “sham”, a “whitewash”, and a “confidence trick”.

“Yet another British government has engineered a suppression of the truth behind the murder of my husband.” 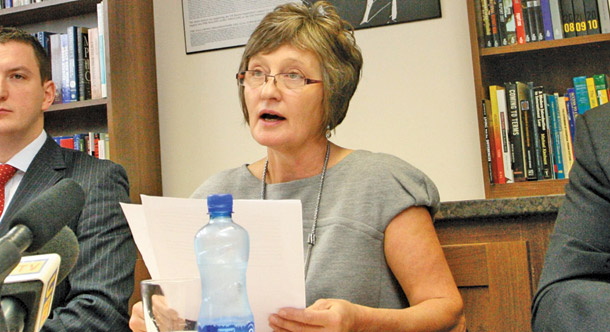 • Geraldine Finucane described the report as a ‘whitewash’

So rather than a genuine attempt to uncover the facts of the Finucane killing, de Silva’s report has ended up as another layer of a British state cover-up designed to ensure that the political elite can avoid their responsibility for the ‘dirty war’ they fought in Ireland through their proxies in the UDA and UVF.

To a large extent, de Silva only confirms what seasoned observers of the Northern conflict have known for years: that unionist death squads operated with the aid and under the guidance of British state forces.

De Silva’s acknowledgement that “Security Service” propaganda legitimised Pat Finucane as a target and painted him as an IRA figure was part of an established modus operandi. (The report into the killing of Lurgan solicitor Rosemary Nelson found she was demonised by the RUC and this contributed to her being targeted and blown up).

It was also common practice for RUC Special Branch to ‘drop’ names to loyalists in custody in Castlereagh Interrogation Centre.

On the role of UDA intelligence officer Brian Nelson, de Silva says he was recruited into the British Army’s Force Research Unit (FRU) to infiltrate the loyalist organisation. But was it to combat or use the UDA for its own ends? De Silva notes that almost all (85%) of the UDA’s intelligence came from the crown forces, adding:

“I was particularly concerned by the fact that, on occasions, FRU [Force Research Unit] handlers provided [British Army agent Brian Nelson] with information that was subsequently used for targeting purposes. These actions are, in my view, indicative of handlers in some instances deliberately facilitating Nelson’s targeting of IRA members.” 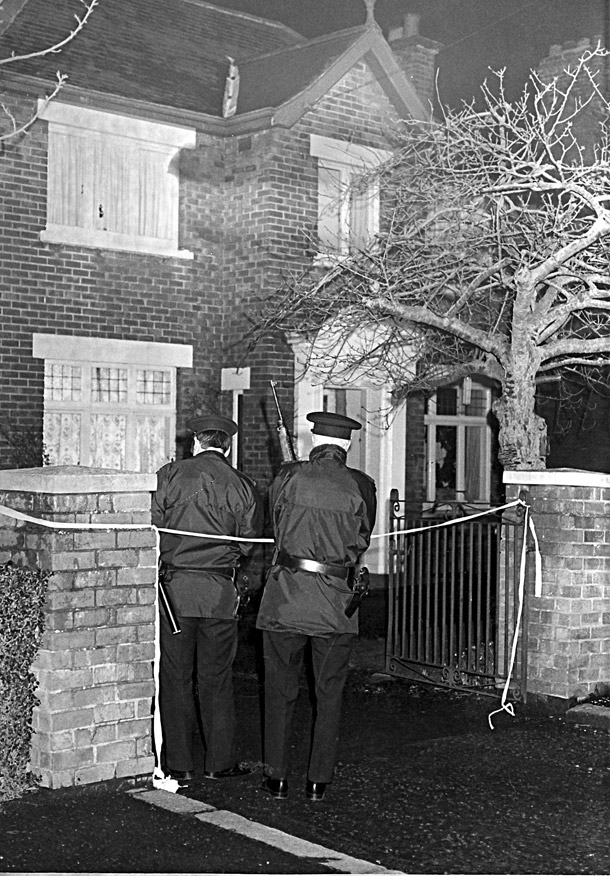 • RUC officers at the scene of the Finucane killing

Another admission that the crown forces, particularly RUC Special Branch, did not act on Nelson’s information about planned attacks shows that the loyalists were literally allowed to get away with murder.

The UDA was top-heavy with agents of the RUC and British army: from Nelson, a member of the FRU; William Stobie, a UDA quartermaster who supplied the weapons for the killing; and Jim Spence, who was used by British Intelligence to plan attacks on republicans.

Spence also received documents on Pat Finucane from FRU agent Brian Nelson, and passed them to Shankill UDA man Mo Courtney before the murder of the solicitor.

De Silva’s conclusion that there is “no evidence that British Government ministers knew of Nelson’s activity or the plan to kill Mr Finucane” seem questionable in the context of such high levels of control over loyalist death squads by both Special Branch, the British Army and MI5. Would British ministers be reckless enough to be recorded in official documents as agreeing to the murder of lawyers in ‘part of the United Kingdom’ while condemning such actions in South America, the Middle East and around the world when a tacit approval, a nod or a wink on an ‘I don’t need to know the details’ basis would do?

What British Government ministers knew or didn’t know remains the single most pressing question in respect of the Finucane killing in particular and the control of unionist death squads in general.

In his diaries, Brian Nelson noted that during a debriefing with one of his handlers, ‘Mick’, he told him he was going to South Africa to arrange arms shipments for loyalists. ‘Mick’ took this information back to clear it with his superiors.

According to Nelson, ‘Mick’ told him at the next debrief, the following week, that “permission for me [Nelson] to go had gone all the way to the top, all the way to Maggie, [were] the words he used”. Maggie, of course, was taken to mean Prime Minister Margaret Thatcher.

Prior to the attack on Pat Finucane, Tory British Home Office Junior Minister Douglas Hogg stood up in the British Parliament and told MPs that certain lawyers in the North were “unduly sympathetic” to the IRA.

“The effect of the propaganda relating to Patrick Finucane was to identify him with the activities of his clients. In my view this propaganda breached basic principles of the criminal justice system, namely, that lawyers should be allowed to carry out their duties to their clients without intimidation, and without the inference being made that a lawyer supports their client’s objectives.”

That Hogg was not even questioned by de Silva about his statement and the fact that he was briefed by the RUC in advance of his public claim raises questions about the QC’s assertion that no one in government had knowledge of the killing nor was there an over-arching conspiracy.

Within hours of Pat Finucane’s assassination, then British Secretary of State Tom King issued, according to An Phoblacht columnist Hilda MacThomas at the time, “a plague on both your houses” statement. The next day, when asked to explain this, Tom King — who would later provide a letter of commendation for Brian Nelson at his trial — gave this loaded response: “Mr Finucane was well known for the work he did and for the clients he had.”

The BBC TV Panorama reporter whose 2002 documentary A Licence to Murder disclosed the collusion of British state forces in the murder of Pat Finucane (amongst others) says that the Belfast lawyer was considered “a thorn in the side of the security forces in the Troubles of the 1980s”.

John Ware wrote in The Daily Telegraph after the publication of the de Silva review:

“The undercover so-called ‘dirty’ war was a gritty, cynical and unsentimental business where the values of a parliamentary democracy were tested and, in the case of Patrick Finucane, failed spectacularly. That is why this case is so shocking.”

The Panorama acclaimed investigative reporter’s piece was headlined: “Finucane: Who knew of this deniable murder?” 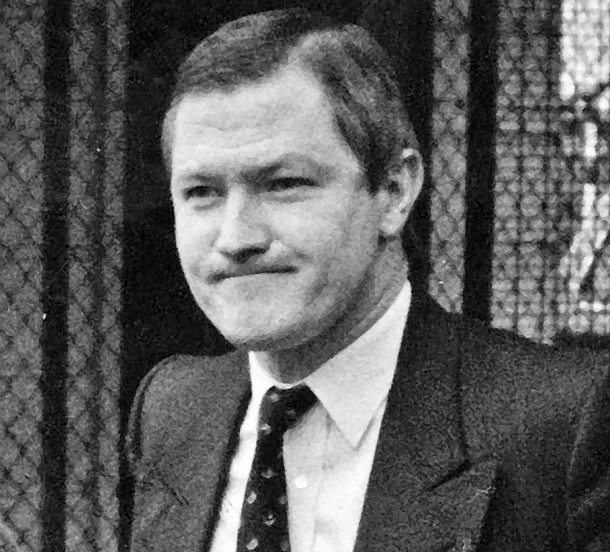 “The Irish Government’s view in favour of an inquiry is underpinned by an all-party motion of this House, agreed in 2006, which recalled the agreement under Weston Park; took note of Judge Cory’s findings on collusion; commended the Finucane family for their courageous campaign and called for the immediate establishment of a full, independent, public judicial inquiry into the murder of Pat Finucane, as recommended by Judge Cory, which would enjoy the full co-operation of the family and the wider community throughout Ireland and abroad.”

Tánaiste Eamon Gilmore on behalf of the Irish Government

“Pat Finucane was stalked by a British military agent who was then given effective immunity by the office of the Director of Public Prosecutions. The gun used to murder him was of British military origin. It was supplied by one RUC agent and fired by another RUC agent.

“Pat Finucane’s murder was authorised and carried out by state agents. What more evidence is needed before London grants the public inquiry demanded by the Finucane family?

The Pat Finucane Centre, a human rights watchdog set up in memory of the murdered solicitor

“The process by which the report was produced did not comply with the human rights requirements of Article 2 of the European Convention on Human Rights, which protects the right for life and, where a life has been lost, demands an effective public investigation by an independent official body.

“Sir Desmond heard evidence from only 11 people, without opportunity for cross-examination. Nor was there opportunity for the family or the public to see the documents he examined or challenge their contents. “Without such markers of scrutiny it is not possible to accept the finding that there was ‘no over-arching state conspiracy’.”