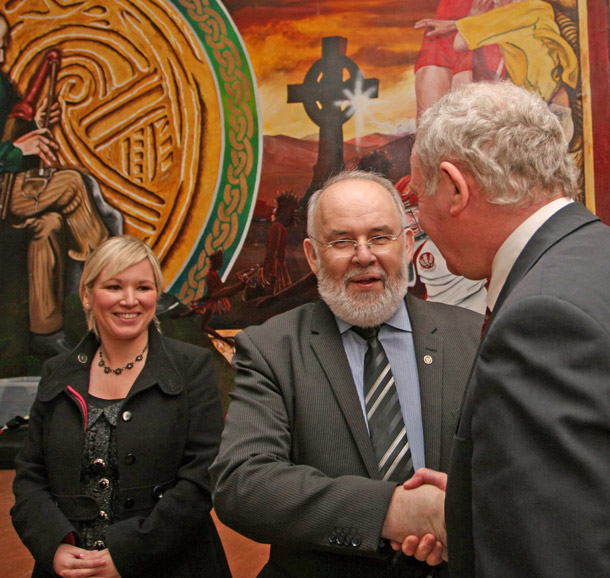 “Unionists know that if they want an Assembly and Executive taking meaningful decisions then they need to share power with republicans in a partnership government of equals. Anything less is not acceptable and anything less will not work."

IT WAS a proud moment for Francie Molloy when he was selected by Sinn Féin as the party’s candidate to contest the by-election for the soon-to-be vacant Mid-Ulster Westminster seat.

The sole candidate, it was clear that Francie was the preferred and unanimous choice amongst the membership of the party throughout Tyrone and Derry.

And to cap that it was outgoing MP Martin McGuinness who proposed Francie while Michelle O’Neill, the Sinn Féin Minister for Agriculture, seconded him.

The seat will become vacant when Martin McGuinness resigns as part of Sinn Féin’s commitment to ending the practice of ‘dual mandates’.

The selection convention took place in the Gulladuff Community Centre in County Derry, an appropriate place to hold the meeting as the area is almost alive with the voices of republicans such as the late John Davey, who was a ‘big man’ around these parts.

Francie recalled John’s presence in his acceptance speech and remembered him as a sitting Sinn Féin councillor assassinated by the UVF in February 1989.

Like John, who worked tirelessly for his community, Francie is a ‘big man’ in the republican struggle.

He cut his political teeth in the 1960s as the struggle for civil rights took to the streets and was present when marchers challenged the unionist state by marching from Coalisland to Dungannon.

Speaking of that time in August 2008, on the 40th anniversary of the march, Francie told An Phoblacht: 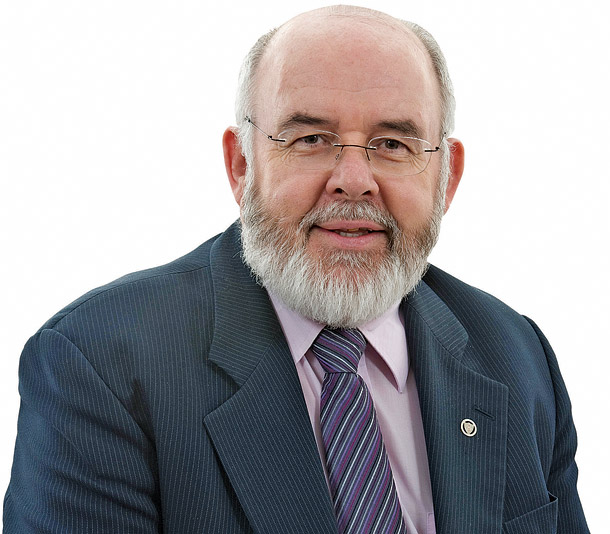 “In 1968, unionism failed to rise to the demands for change and we have a situation today that again challenges unionism.

“Unionists know that if they want an Assembly and Executive taking meaningful decisions then they need to share power with republicans in a partnership government of equals. Anything less is not acceptable and anything less will not work.

“There are, of course, still major inequalities across our society. There is a huge crisis in housing and unequal economic development across the North. But these are issues that the Assembly and Executive can deal with if unionism can, unlike in 1968, rise to the challenges and demands for equality.”

Given recent events it is clear that unionism is still struggling to deal with the challenges of post Good Friday Agreement Ireland.

In a way, Francie embodies the seminal shift in republican thinking around Sinn Féin’s electoral interventions in the 1980s.

As Director of Elections for Bobby Sands when Bobby took the prison struggle into the heart of electoral politics during the 1981 Hunger Strike, Francie would have understood, more than most, the effect the hunger striker’s victory would have had on the unionist establishment and a Catholic middle class represented by the SDLP and the Church.

The party’s strength today is a testimony to that shift in the North’s political dynamic.

Throughout those changes was Francie ever-present.

He represented the party in the election to Secretary of State Jim Prior’s 1982 Assembly, although he wasn’t elected.

In 1985, he was elected to Dungannon Council.

He stood down from the council in 1989 but was selected, in November 1990, to fight the crucial by-election in the Torrent ward. The poll had been called after former councillor and IRA Volunteer Martin McCaughey was debarred for non-attendance.  McCaughey was later shot dead by the SAS.

The SDLP held two seats in the ward while unionists held a third. All were desperate to block Sinn Féin with the SDLP canvassing unionist second preferences to “keep Sinn Féin out”.

Against this backdrop, and coupled with a campaign of intimidation by state forces, it was decided that Francie would contest the seat.

Said Francie at the time:

“Martin McCaughey had just been killed by the SAS and people were feeling very low. The campaign was moving very slowly and we decided to bring in Sheena Campbell.”

In organising the campaign, Sheena restructured Sinn Féin’s entire approach towards elections and election canvassing. In October 1992, Sheena, a 29-year-old law student, was shot dead by a unionist death squad in the York Hotel, Belfast.

Francie has represented Sinn Féin in the Assembly since 1998 and presently holds the position of Deputy Speaker.

His record in representing the people is second to none and, according to Martin McGuinness:

“He will make an exceptional MP and representative for all the people of Mid-Ulster.”