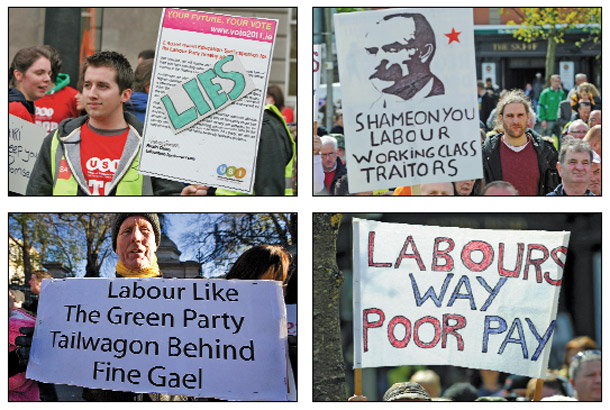 • What is wrong with Labour is not just one or two proposals in a right-wing Budget: it is the surrender of Labour to Fine Gael and Fianna Fáil principles

A radically different path from the right-wing programmes we have endured since this state’s limited independence requires co-operative action in government between Sinn Féin and Labour, and with other elements of the Left

COLM KEAVENEY’S action in voting against the Government and his own party’s role in creating a Budget that is rightly condemned as unfair and unjust reveals that perhaps not all Labour TDs can be tarred with the same ‘right-wing, unprincipled’ brush.

Others went before him, of course:  Willie Penrose over breaking of a local election promise, Tommy Broughan over casting aside long-standing Labour policy to facilitate Fine Gael, Patrick Nulty over last year’s austerity budget, and Roisín Shortall over the Labour leadership’s collusion with Fine Gael Health Minister James O’Reilly in getting rid of the disadvantage criteria in the allocation of health resources.

Five swallows do not make a summer, of course, but these cumulative defections show that potential does exist within Labour for a return to its stated principles: for Labour to come back to the Left.

This is important because the realistic possibility of achieving a Left government that would pursue a radically different path from the right-wing programmes we have endured since this state’s limited independence requires co-operative action in government between Sinn Féin and Labour, and with other elements of the Left if possible.

But what constitutes a Labour return to the Left?

What is wrong with Labour is not just one or two proposals in a right-wing Budget: it is the surrender of Labour to Fine Gael and Fianna Fáil principles.

In other words, Labour socialists need to offer a complete programme, not just snipe at the worst, isolated bits. And that complete programme raises vital issues about the need for the state to play an active role in job creation and economic development, not just a facilitating role.

This, however, brings us sharply into facing the issue of national sovereignty. Current EU rules, particularly those associated with the euro currency, would outlaw such a state programme of job creation and state direction of the banking and economic systems.

Indeed, the current thrust of EU policy is to try and use the current crisis to intensify EU economic centralisation rather than increase democratic control at national levels. The Labour Left must address this.

For, it is one thing to favour social and economic cooperation throughout Europe — as Sinn Féin and the anti-EU movement in general does; it is another to surrender to the European project with its imperialistic and centralising characters, a project that rules out a socialist alternative and leaves us at the mercy of the European bankers and financiers.

While we ‘save’ €3.5billion by cutting the poor, we are still in line to give €3.1billion to foreign bankers next March. How can you talk of a different Budget without addressing that issue? 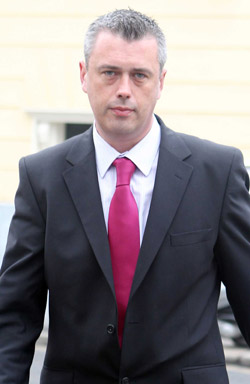 Labour, of course, does not share Sinn Féin’s strong commitment to national reunification as part of a reassertion of real national sovereignty but it part of the price that must be paid to gain a Left alternative government in Ireland.

Or is Pat Rabbitte right? And is the Left more concerned with posturing in Opposition than in taking the hard decisions — that is confronting the rich externally as well as internally — in Government?

Sinn Féin, of course, will continue to push its increasingly popular analysis of how to deal with the crisis, but if the only feasible way forward is through a Left Unity government then these are the issues that must be debated between the potential allies.

For the Labour Left, what is clear is that tinkering at the edges by opposing this or that aspect of policy is no real use. An alternative to the whole policy is needed.

Colm Keaveney is chairman of the Labour Party, and can only be removed by its conference. If Labour Left is serious now is the time for them to begin the campaign for a completely different politics that rejects Fine Gael, Fianna Fáil and European capitalism. And conference is the place to win.