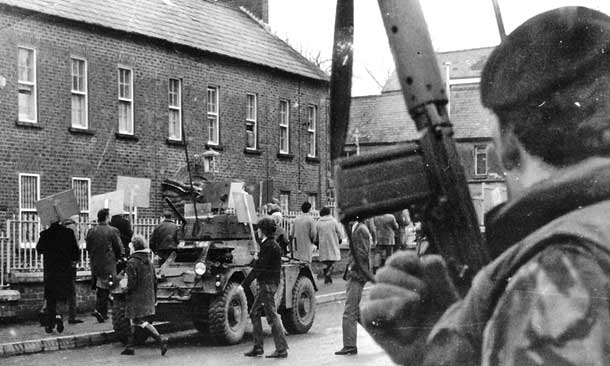 Former Unionist Home Affairs Minister Bill Craig told a rally of 60,000 loyalists: ‘We must build up a dossier of the men and women who are a menace to this country . . . it may be our job to liquidate the enemy’

1972 was the most tragic year with the highest number of deaths and injuries in the modern Irish conflict. It was a major turning point that was to determine political and military events for years to come.

The year had begun with the Bloody Sunday massacre in Derry on 30 January. The murder of 14 civilians by the British Army escalated the conflict and put enormous national and international pressure on the British Government. Already it had committed large numbers of British troops to shore up its colony in the Six Counties  – a political slum ruled as a one-party state by the Unionist Party for the previous 50 years but now in chaos.

Internment without trial had been in force since August 1971 and hundreds of nationalists were interned in Long Kesh. Sinn Féin was banned. The march in Derry on what was to become Bloody Sunday had been an attempt by the Civil Rights Association to resume peaceful street protests.

On 24 March, British Prime Minister Edward Heath announced the suspension of the Stormont parliament. There was now direct rule from London through the newly-established Northern Ireland Office and a British Secretary of State, William Whitelaw. Unionists reacted with fury. In the previous year, local loyalist gangs had amalgamated under the banner of the Ulster Defence Association and it was responsible for an increasing toll of sectarian murders of Catholics. 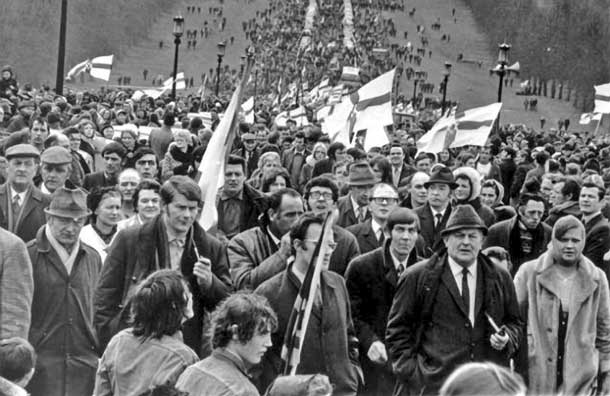 Former Unionist Home Affairs Minister Bill Craig led the loyalist Vanguard movement, a quasi-fascist grouping. At a rally of 60,000 loyalists in March, Craig declared: “We must build up a dossier of the men and women who are a menace to this country and if and when the politicians fail us, it may be our job to liquidate the enemy.” He made similar remarks to the right-wing Tory Monday Club in London in April.

One estimate has it that between the fall of Stormont and the end of July a total of 42 Catholics were victims of sectarian killings by loyalist paramilitaries while 13 Protestants were killed in sectarian attacks attributed to nationalists. (This does not include the deaths of combatants of the IRA, RUC and British Army.)

On 20 June, a hunger strike by republican prisoners ended with the British Government recognising their political status. On 26 June, the IRA began an open-ended ceasefire. The republican position was set out by Sinn Féin. Britain should immediately end internment, repeal repressive legislation and remove the ban on Sinn Féin, and then enter talks with the aim of a phased and negotiated withdrawal from Ireland.

On 7 July, a republican delegation (Seán Mac Stiofáin, Daithi Ó Conaill, Gerry Adams, Seamus Twomey  and Martin McGuinness) met Secretary of State Whitelaw in London. The British listened to the republican demands but there was no negotiation. The truce broke down on 9 July. In Springhill estate, Ballympurphy, that same day, the British Army shot dead five civilians.

On 21 July, the IRA launched a major commercial bombing operation across Belfast. Over 20 bombs exploded throughout the city. Warnings were given and acted on for most of the bombs but due to a combination of inadequate warnings and the sheer number and scale of the attacks, many civilians were caught in the blasts. Nine people were killed by the bombs and hundreds injured. In 2002, the IRA apologised for the loss of civilian lives in this and other attacks for which it was responsible. It stated:

“While it was not our intention to injure or kill non-combatants, the reality is that on this, and on a number of other occasions, that was the consequence of our actions. It is, therefore, appropriate on the anniversary of this tragic event that we address all of the deaths and injuries of non-combatants caused by us. We offer our sincere apologies and condolences to their families.” 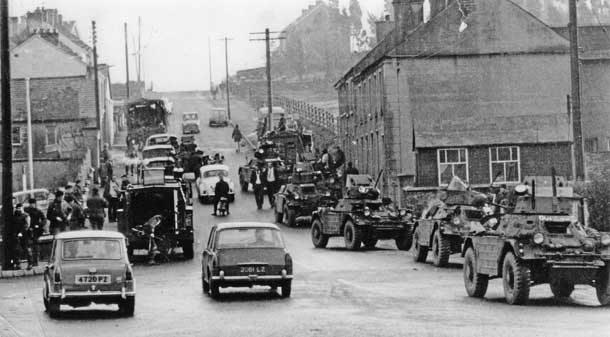 On 31 July 1972, the British Army mounted its largest single operation ever in the Six Counties when in ‘Operation Motorman’ it invaded nationalist ‘no-go’ areas, demolishing barricades that had been in place to defend the areas from attack by loyalists and the RUC. During August, sectarian killings by loyalists escalated, while both overt and covert collusion between British forces and loyalist paramilitaries was becoming an integral part of British military strategy.

By the end of 1972, 470 people had died in the conflict, the largest number in a single year. The war in Ireland intensified to new levels of tragedy in August 1972, 40 years ago this month.