RECONCILIATION: A new phase of the Peace Process, a new phase for republicans 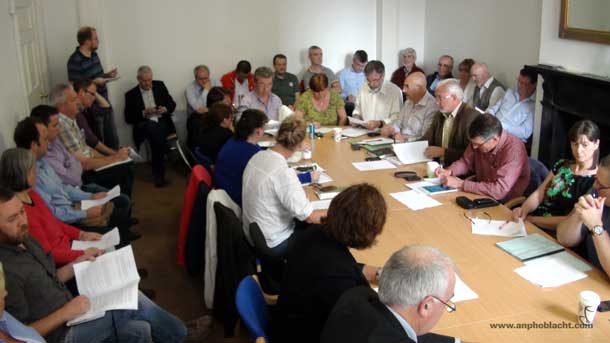 There is now a challenge for both governments and all political parties to embrace the imperative of making more compromises, taking new initiatives, and creating more ‘Mandela Moments’

CONFLICT RESOLUTION and peace building never conform to zero-sum terms or outcomes. Our own experience shows it’s much more complex than that.

Republicans’ role in the Irish Peace Process to date and our taking of unilateral initiatives have been very important to ensuring political progress was made.

Since 1994, historic decisions by the IRA leadership and landmark decisions taken by Sinn Féin all brought momentum to the Peace Process.

These initiatives ensured continued change when others sought to slow progress down or reinforce a new status quo. But acting unilaterally, being decisive and courageous, when no one else is moving, is also risky. So leadership and vision are always demanded from those who seek maximum change.

Our Peace Process has made massive progress but there is also much unfinished business.

Agreements from negotiations still need to be implemented. Various loyal order parades remain contentious and the Orange leadership’s refusal to engage is offensive. Some republicans are violently opposed to the Peace Process. Political differences exist on fundamental equality and rights issues. There is disagreement on dealing with legacy issues. The absence of a reconciliation process perpetuates fear, suspicion, and divisions throughout Ireland stemming from our past and recent conflicts.

All these can undermine the progress of the Peace Process and place a brake on continued change, but only if we become complacent and let that happen.

It was with all of that in mind, the Sinn Fein Ard Chomhairle made its decision to support Martin McGuinness meeting Queen Elizabeth last month.

This was a very challenging initiative for many republican activists, not least the families of our Patriot dead and victims of British state violence.

Meeting Queen Elizabeth at this time was intended as a huge gesture of reconciliation and friendship from republicans to unionist and Protestant people who owe allegiance to the English monarchy.

The decision was also a unilateral initiative designed to help open up a new phase in the Peace Process – based upon developing national reconciliation throughout Ireland and also addressing the historic enmity between our country and Britain.

All conflict resolution processes are strengthened by big events which build hope and momentum. And at this point in our Peace Process, Martin McGuinness’s meeting with the queen was one of those ‘Mandela Moments’.

It was an act of leadership and vision rather than an act of completion, demonstrating republican sincerity for the authentic reconciliation which we advocate, and our commitment to the vision of a pluralist united Ireland.

Some have since tried to devalue the importance of this gesture for narrow political reasons, and others have tried to play it down.

That’s part of the current ‘slow down the Peace Process agenda’ led by sections of political unionism. And that is precisely the opposite of what is required.

Republican and unionist communities and the next generation on this island deserve more, not less, change – and sooner, not later.

The Peace Process still faces significant challenges and that’s why a new phase needs to be opened up, aimed at addressing and overcoming the unresolved hurt on all sides, fear, community divisions, sectarianism, partitionism, social inequality and economic disadvantage.

But for that to succeed it will require new dialogue and ‘uncomfortable conversations’ involving all sections of society across Ireland. All community and civic leaders, and the British and Irish governments, have a responsibility to stand up at this time and provide leadership and vision.

Republican activists need to keep providing strategic leadership, freeing up our own thinking and bringing forward new ideas to do that.

But unionist political leaders must also free up their thinking, and start to give bold leadership. They need to step into, and not stand off, this dialogue.

The uncompleted journey of our Peace Process will continue to progress if we all accept the need to stretch ourselves further and to take more bold steps. There is now a challenge for both governments and all political parties to embrace the imperative of making more compromises, taking new initiatives, and creating more ‘Mandela Moments’.

Republicans, unionists, nationalists and loyalists need to create common ground. Collectively, we can start that by agreeing to unite on core issues of equality, rights and mutual respect.

Agreement on these touchstone issues will help us design the political and economic scaffolding to build authentic reconciliation and develop new accommodations regarding many of the challenges with the potential to fetter progress.

No political party or community should fear the challenge which this brings; but if that is so, we should discuss how that can be addressed.

Republicans and unionists must become leaders in reconciliation by showing unequivocal mutual respect for our different political aspirations and so prove to our communities that friendship is possible and fear can be overcome.

Martin’s meeting with Queen Elizabeth was a good day for Ireland and a good day for the Peace Process. It also made a big statement about the need for more change, greater imagination, courage, and really big thinking to bring that about . . . from everyone! 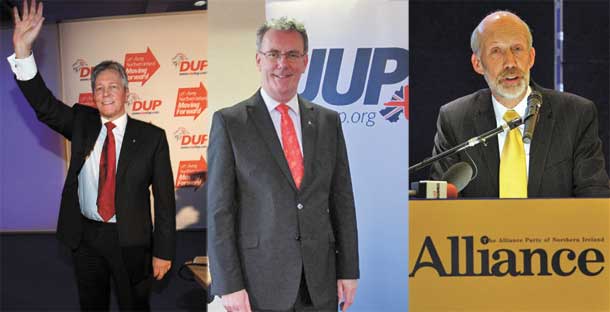 Peter Robinson (DUP), Mike Nesbitt (UUP) and David Ford (Alliance): Time for the leaders of unionism to step up