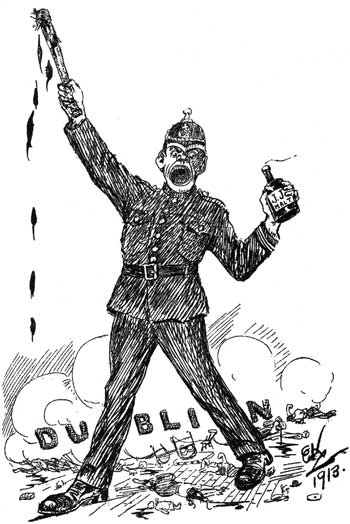 MANY PEOPLE interested in Irish history will have seen the cartoons of Ernest Kavanagh reproduced in books. Very few, including this reviewer, knew the name of the artist — fewer still the tragic circumstances of his death.

Well done, therefore, to James Curry for rescuing this artist from obscurity.

Ernest Kavanagh was a clerk in the Transport Union in Liberty Hall and a cartoonist for trade union and republican newspapers. He championed the cause of the workers, women’s rights and Irish freedom. He used his pen as a powerful weapon against William Martin Murphy and the Dublin bosses in 1913, reserving special enmity for the Dublin Metropolitan Police who attacked the workers on Ireland’s first Bloody Sunday.

I turned to these cartoons when I read former Fine Gael Taoiseach John Bruton’s recent Irish Times article praising John Redmond for acting as a British Army recruiting sergeant. The cartoon of Redmond and John Dillon cowering before the ghost of Wolfe Tone is striking. Bruton deserves to join them in ignominy.

Ernest Kavanagh was not in the Citizen Army or the Irish Volunteers but he went to Liberty Hall on the Tuesday of Easter Week hoping, it is believed, to volunteer for service. On the steps of Liberty Hall he was shot dead by a British soldier firing from the Custom House. He deserves to be remembered.

James Curry has produced a fine book and I recommend it to everyone interested in Irish history. 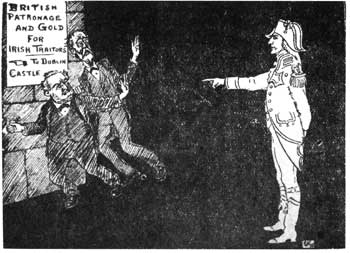 Signed copies of Artist of the Revolution – The Cartoons of Ernest Kavanagh (1884-1916) are available from: Sinn Féin Bookshop, 58 Parnell Square, Dublin 1. www.sinnfeinbookshop.com