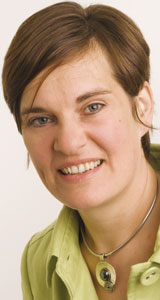 CASTLEBAR Town Council has unanimously backed a motion tabled by Sinn Féin Councillor Thérèse Ruane urging the Town Manager not to sign any new or renew any existing contracts with French multinational Veolia while the company supports Israel’s illegal occupation of the West Bank.
Veolia has the multi-million contract for the sewerage treatment plant in Castlebar.
Veolia also operates Israeli rail, bus and waste services in the illegally-occupied West Bank, making them complicit in Israel’s contravention of the Fourth Geneva Convention.
The motion also proposes that the Town Council write a letter to Veolia Ireland expressing their opposition to their involvement in building a light railway system linking Israel to illegal settlements in occupied east Jerusalem.
Welcoming the stand taken by her fellow councillors - including Labour, Fianna Fáil, Fine Gael and Independents - for her motion, Thérèse Ruane said:
“This is strong statement of solidarity with the Palestine people by members of this council and I’d like to thank them for their unanimous support.
“This is an apartheid light rail system, linking illegal settlements on Palestinian land to Israel is in violation of international law and infringes on the human rights of the Palestinian people.
“Veolia is coming under increasing pressure for its active participation in Israel’s apartheid policies from countries thoughout the world: in Sweden, Holland, Australia, Iran, France, Australia... the list goes on. Castlebar Town Council now joins Galway County Council, Sligo County Council and Dublin City Council in expressing our opposition here in Ireland. The passing of this motion is particularly welcome in the week that the disgraceful decision was made to accept Israel into the OECD.”
The Sinn Féin councillor added:
“I’ve been to Palestine and I’ve seen first-hand the Apartheid Wall, the illegal settlements on Palestinian land and the apartheid road system that violates the human rights of  Palestinians.
“We must continue to stand in solidarity with the Palestinian people just like the Dunnes Stores workers opposed the apartheid system in South Africa in the 1980s.
“The passing of this resolution by Castlebar Town Council sends a loud and clear message to Veolia that we will not condone Israeli human rights abuses in the Occupied Territories of Palestine.”