The debate on the North's draft Bill on Parades, Assemblies and Protests 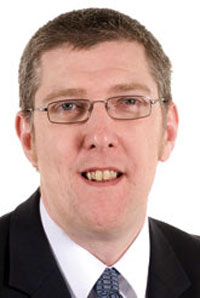 A CAMPAIGN being orchestrated in the North by a group going under the heading of ‘STOP’ seems more intent on creating misinformation rather than resolution to the issue of contentious parades.
It purports to be in protest at the proposed new legislation governing contentious parades. Some of the outlandish allegations are that it is the “most draconian” legislation in decades to statements such as, “The proposed Public Assemblies Act is a restrictive measure of the type which the civil rights movement came into existence to combat all those years ago.”
Evocative and unfounded language makes no contribution to the search for a resolution to the parades issue and the right of citizens to live free from sectarian harassment.
I would have thought that some of the leaders of STOP would, through long experience, possess enough political acumen to know the difference in ‘consultation’ (which is an invitation to submit ideas, objections and criticisms) and ‘legislation’ (which is the final product which becomes the law).
Propaganda should never replace accuracy and facts if you wish to retain your integrity. The facts are that the consultation document invites submissions from any interested party, organisation or individual by July 14th and clearly states that it is only a draft. Nothing is decided and will not be until all submissions are received and examined. All feedback and opinions to this consultation process are welcome.
The European Convention on Human Rights enshrines the right to assembly, and is the over-arching legislation that all domestic legislation will flow from and defers to. The draft Bill will fully adhere to the ECHR, as it clearly states in the document. The draft Bill enshrines the right to assembly, parade and protest. Therefore this scaremongering by those behind the STOP campaign are being extremely disingenuous in the claims that any final document could curtail rights in the manner that they suggest. I would therefore urge the STOP leadership to be open and transparent and to inform the general public of the true motivation for this campaign.
The fact of the matter is that they are attempting to use the parades issue as a vehicle to advance their legitimate campaign against any Tory/LibDem cuts or redundancies in the public sector. Rather than pervert the legitimate aims of a campaign against a Tory political agenda, I suggest that they would better serve society by supporting the deputy First Minister’s call for a united front to oppose any attempted cuts to frontline services in the North.
Under current legislation all public assemblies, processions and parades must notify the PSNI of their intention. The new draft legislation moves this process to a new administrative body (OPAPP). Under existing legislation, any group above two persons, assembling or proceeding in a public place is subject to the Public Order Act and public processions legislation. Under the new draft Bill on Parades, Assemblies and Protests; the number has been defined as above 50. Outside of specification by the new draft legislation, public order legislation remains in place. Exemptions will exist, as they did in the public processions legislation, but a new power for FMdFM to make further exemptions, by order of a negative resolution in the Assembly has been added.
A longer notification period, such as the proposed 37-day notice for parades, is something that residents’ groups, seeking to live free from sectarian harassment, have been calling for, having identified the shorter notification that is currently in place as a deficiency in current parades legislation.
Under the proposed new legislation, public assemblies will now use the administration body that is set up to give notification instead of the PSNI, as is the case now. The administration body will then notify all the relevant bodies and groups and individuals who request notification. Late notification is allowed for and assemblies organised at the last minute are allowed under the draft proposals, as is the case under current legislation
The draft Bill applies to all public assemblies, parades, and protests and does not specify any group. The only mention of groups specifically is as an example of how different groups are classified, and, in the case of bands and trade union members, they are defined as third-party participants - i.e. they are not the direct organiser of the parade, assembly or protest.
No additional public order offences have been created. There are no new restrictions placed on the trade union movement by the new draft Bill. In fact, Sinn Féin has met with representatives of the trades union movement in recent days to discuss the proposals with them. The legislation is designed to deal with contentious events such as Orange Order parades.
Those organising the STOP campaign must explain how they will manage contentious Orange parades in the absence of legislation, or are they suggesting that we leave it up to the new British Tory Secretary of State?
I think that STOP would be better employed in directing their energies towards encouraging citizens to put forward submissions and assist in moulding the new legislation rather than involve themselves in a campaign which seems intent on misinformation rather than achieving an acceptable outcome for all concerned.

MAKE SECTARIANISM HISTORY: The STOP campaign must explain how they will manage Orange parades in the absence of legislation