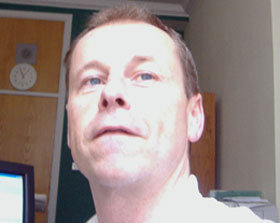 A song for Christmas

I DON’T particularly like Christmas and I don’t particularly care for Elvis.
Elvis Christmas songs then are anathema. And I know someone who has a whole fecking CD of them! It contains the usual ones like ‘Silent Night’ and ‘White Christmas’ but some you may not have heard before... if you’re lucky. Unfortunately, I have heard them all. Too many times.
Among the nuggets on this classic is ‘Santa, Bring My Baby Back to Me’, which includes the immortal lines:

Don’t fill my sock with candy
No bright and shiny toy
You wanna make me happy and fill my heart with joy
Then, Santa, hear my plea
Santa, bring my baby back to me

Now, even for a pathetic losebag like myself who has probably debased himself in every manner known to man in order to inveigle the women who have dumped me to put up with my strange behaviour for another while in the interests of, well, you know what I mean...  Even I would stop short of invoking the bearded one (Santa, that is) in pursuit of those who have escaped.
I don’t trust people who are too sentimental about Elvis anyway.
I got in free to the Tudor Rooms to see a well-known impersonator some years ago. The highlight of the evening was after Elvis had died he descended back from the roofspace above the stage in a white suit surrounded by angels singing ‘Glory, Glory, Halleluiah’. As Oscar Wilde said of the death of Little Nell in ‘The Old Curiosity Shop’, you would have needed a heart of stone not to laugh.
That was our first mistake, to laugh, as it attracted the attention of several lachrymose thugs who set about us. We were only saved by the intervention of some women who persuaded them just to throw us out. “Ah, jaysus, they’re not worth bating.” Which while derogatory of our collective manhood was preferable to being kicked up and down Great Denmark Street by chaps with dodgy sideburns.
Of the really bad Christmas songs – and I would be of the school of thought that ALL Christmas songs are bags of puke – several stand out even among the rest of the sentimental drivel. Take John Denver’s ‘Please, Daddy, Don’t Get Drunk This Christmas’. Now John Denver was never exactly The Velvet Underground but he even surpassed his own poor standards with this one. Just to give you a flavour one verse goes like this:

Just last year, when I was only seven
And now I’m almost eight, as you can see
You came home at a quarter past eleven
Fell down underneath our Christmas tree

Right, fair enough, which of us has not fallen down drunk under the Christmas tree? Although, in my defence, it was always someone else’s Christmas tree and there were no crippled, whingeing eight-year-olds about to witness my unYule-like behaviour. So any one of you contemplating making a show of yourselves this year, think of this:

Another really bad one is ‘Christmas Shoes’, which is about a poor little boy who hasn’t enough money to buy new shoes for his mother for Christmas so that she will scrub up well if she kicks the bucket.
Anyway, the narrator of the song gives him the money and the young fella goes off and buys heroin. No, that’s not what happens, of course. He gets the shoes, the narrator feels good about himself and concludes that God had sent the wee lad to remind us of what Christmas is all about.
Really?
Well, he just sends me credit card bills, debilitating hangovers and even more rejections from women who really ought not to be in a position to reject anyone.
Happy Days.