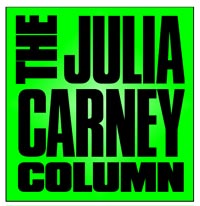 The rollicking humour of borderline fascists

THIS is the greatest story ever. It brings together beauty pageant contestants, the British army, a nightclub brawl and a gladiator (one of the TV ones rather than a time traveller from ancient Rome).
We begin with Rachel Christie, a 21-year-old woman who in July of this year was crowned Miss England to general disinterest outside of the world of sleazy men and internet porn. Although she was the first black woman to be crowned Miss England so I suppose it was a victory for race relations somewhere along the line.
Anyway, last week Rachel was in a nightclub in Manchester where she ran into a woman called Sara Jones. Rachel by the way was dressed as an angel and Sara, also the reigning Miss Manchester, as a cavewoman; it was a fancy dress party. During the conversation Jones took out her mobile and showed Rachel a set of explicit text messages she had been sent by Rachel’s boyfriend, whose name is Tornado. Well, that’s his stage name. Tornado is in fact a former British Royal Marine who now appears on the TV show Gladiators where he hits people over the head with pieces of foam to the sound of 80’s power ballads. Whatever you’re having yourself.
Rachel was understandably upset by the suggestion that her boyfriend was cheating on her, (though considering his dubious background in the British Army one can’t help wonder why) and (allegedly) assaulted Sara Jones, (allegedly) punching her in what is believed (allegedly) to be her face. Cue scandal. This is Miss England. This is a position of responsibility, an example to young girls around the country that one day you too might be able to present yourself as a vacuous creature designed entirely to look pretty for men.
So Rachel Christie had to pass on her crown to the runner up, 22-year-old Katrina Hodge, who revels in the nickname of Combat Barbie (well we have had a Tornado in this story) because when she’s not modelling lingerie she’s a corporal in the British army. ”I like the fact I can come to work with no make-up on and roll around in mud,” she told the Mail. “But I like being glamourous and girlie as well. Becoming Miss England is a dream come true. But I’m not just representing the country. I’m representing the British Army.”
A job she takes seriously because when she was posted to Iraq as part of the British occupation forces she, “...took my hair straighteners and mascara. It didn’t mean I couldn’t look nice.” No doubt the Iraqis never even showed any gratitude for the effort she put in to look nice for them. Ungrateful sods.
No big political point here by the way, I just can’t read this story without laughing out loud.

Bringing us neatly to the stand up career of Jim Allister.  “Recently, Peter Robinson took the DUP to the doctor, one all the way from Singapore (at no point will the Singapore bit become clear, but bear with me), I’m told. They have a few wannabe doctors of their own, but they needed a real doctor. So they all sat down and Peter explained their problem. The doctor listened, shaking his head, and when Peter had finished he said, ‘I’m afraid I’ve bad news for you First Minister’.
‘Is it political swine flu?’ Peter asked. ‘I know we’ve all had our snouts in the trough, but we’re going to stop.’  ‘No,’ said the doctor, ‘Your problem: TUV it is. Tuvitis.’ “Get it? Tuvitis? They like their reactionary politics with a side order of really great jokes at the Traditional Ulster Voice where Jim Allister was in fine form, showing that whatever the rumours you’ve heard, borderline fascists do have a sense of humour. Want another one? Ahh go on, I know you do.
“And what of wee Jeffrey! How could I forget him? Lonely in London, he found comfort – at your expense – in watching the latest blockbusters, over and over again, it seems! What was he watching? “Well,” he says, “The lion, the witch and the wardrobe.”
“Lion – do you think he was? The witch – what was Catríona Ruane doing there? The wardrobe – what a great place for skeletons!”
Classy Jim. Very classy. Woman equals witch. We can all thank our lucky stars Alliance MLA Anna Lo didn’t get a mention. It’s frightening to think what Jim would have done if cracking jokes about Chinese people.