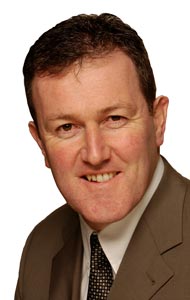 Speaking in relation to media reports which suggest the introduction of water charges in the Six Counties by 2011, Sinn Féin Minister for Regional Development Conor Murphy said that no such decision had been made. He said:
“I want to be clear. No decision has been taken by either myself, Sinn Féin or indeed the Executive to introduce household water charges and no work has commenced on a draft bill in relation to this matter as suggested by some media.
“This is a collective Executive issue and thus far we have not agreed the future funding arrangements for water and sewerage services. However this will require examination of service provision and continued investment in the longer term.
“I brought a proposition paper to the Executive before the summer which proposed deferring any Executive decision being taken until beyond 2012. We would reassess the economic conditions facing the North at that time.”
An Phoblacht
44 Parnell Sq.
Dublin 1
Ireland