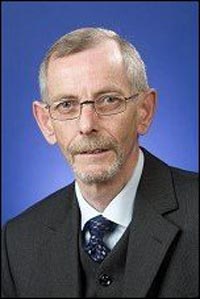 A hoax device was left in the Lake Street area of Lurgan prior to the victory parade by the jubilant All-Ireland winning Armagh Minor team. The team were on a pre-planned tour of the area when a local resident spotted the device and removed it, thus preventing a chaotic end to the celebrations.
Local Sinn Féin Councillor Noel McGeown spoke of his disgust at this attempt to deny these young men, who had achieved the ultimate accolade in Gaelic sport, their moment of glory amongst their own people.
Cllr. McGeown said:
“The anarchistic elements in the Craigavon Borough area, who have periodically disrupted normal life under the guise of dissident republicanism, showed their true motivations tonight when they attempted to disrupt the celebrations for the victorious All Ireland Minor Champions. The only motivation these people have is the disruption of the lives of their neighbours. They appear determined to stymie the growth of the nationalist community, as a real and effective political force that takes pride in their identity and their achievements.”

explain rationale
Cllr McGeown called on the leadership – if such exists  – of those responsible for planting the hoax device to explain the rationale behind their action. He said:
“Those spokespersons, who in the past have spoken out in support of these elements, need to come forward now and tell the nationalist community how they justify their attempt to wreck this celebration of a fantastic and heroic achievement by these young Gaels. By their silence they condone the promotion of anti-Irish activity.”
An Phoblacht
44 Parnell Sq.
Dublin 1
Ireland