Dublin honours one of its finest republicans, Dessie Ellis 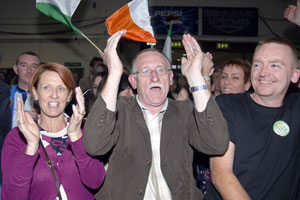 COUNCIL SEAT: Dessie has worked hard for Sinn Féin and Finglas since winning his seat in 1999

• WHAT EVERY REPUBLICAN SHOULD BE: Dessie is highly respected by his comrades