Long Kesh escapee to be deported from the US 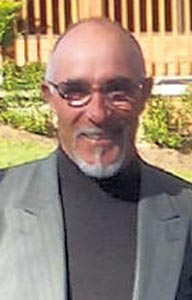 Pól Brennan has this week lost his appeal against deportation from the United States to Ireland.
In 1976 Pól Brennan was convicted of possessing explosives and sent to Long Kesh where he joined the blanket protest. He was there during the Hunger Strike and was one of the 38 IRA prisoners who escaped from the jail in 1983, after which he made his way to America. He settled there and married a U.S. citizen.
In 1993 federal agents arrested Brennan on a British extradition warrant and he spent more than seven years fighting his case to be left in America. A campaign to block his extradition received wide support in America and Ireland but despite that it now looks like Pól will certainly be deported from his adopted homeland.
Even though the British extradition request was withdrawn in 2000, Pól still faced deportation proceedings. But for a while the deportation proceedings were halted pending a result to his application for political asylum. Then in 2008 Brennan was visiting his wife’s relatives in Texas when they were stopped at a checkpoint  about 100 miles from the Mexican border and detained. The police ran a check on Pól and discovered he was an IRA escapee. He was taken to the Port Isabel Detention Center in southern Texas where he continued his campaign to be allowed remain in the US.
Sinn Féin has made repeated representations on Pól Brennan’s behalf. In April this year assembly member Raymond McCartney appealed to the US Director of Homeland Security to overturn the decision of an American court to deport Brennan back to Ireland outlining the fact that he had made a new life for himself in the USA and that he has been married to an American citizen and America is where Pól’s life now is.
This week the escapee has lost his final appeal against deportation. Commenting on the proposed deportation Sinn Féin Assembly member Gerry Kelly said:
“Pól Brennan is married to a US citizen and has lived there for over 25 years. It is desperately disappointing for Pól and his family that the US authorities have rejected his final appeal to remain resident there.
“It now seems that Pól will be deported back to Ireland in the coming days. Sinn Féin have been making representations on Pól’s behalf to the US authorities and we will continue to work with him and his family in the time ahead.”
Speaking on behalf of Coiste na nIarchimí (The committee for republican ex-prisoners) Joe Doherty, who himself was imprisoned in the US and has for long campaigned on Pól’s behalf, said:
“Pól Brennan was a supporter of the Peace Process and was instrumental in voicing this support for peace to our supporters in the US and he remains a supporter of the Peace Process. He has never been a security threat to the US and he should have been allowed to stay there where he has made his home.”