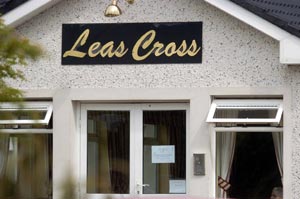 SINN FÉIN Health & Children spokesperson Caoimhghín Ó Caolain has described as “cynical in the extreme” the decision of the Health Minister Mary Harney to publish the report on the Leas Cross nursing home on the same day as the publication of the ‘Bord Snip’ report.
Deputy Ó Caoláin said:
“Minister Harney chose to publish the Leas Cross report under the smokescreen of the publication of the ‘Bord Snip’ report on the same day. This is cynical in the extreme and does a disservice to the report itself and to the many nursing home residents and families across the country who had been awaiting the report and who are anxious to see the badly needed implementation of major improvements in monitoring and inspection of nursing homes.
“The report highlights the totally inadequate inspection system which allowed the neglect of people in Leas Cross to happen. It took a media investigation to expose the facts that the HSE had failed to find or chose to ignore. All the lessons of this report must be learned and implemented.”