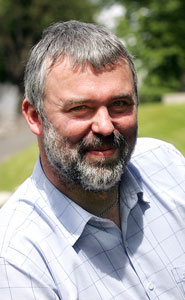 THE head of Sinn Féin’s European Department, Seán Oliver, last week travelled to northern Italy to carry out a series of speaking engagements at community and left-wing events. The invitation came from the Communist Refoundation Party (Partito della Rifondazione Comunista, PRC).
The PRC is a member of the GUE-NGL (European United Left - Nordic Green Left) group of parties in the European Parliament in which Sinn Féin MEPs Bairbre de Brún and Mary Lou McDonald sit.
The first stop was in the town of Biella, where local PRC Councillor Roberto Pietrobon and his colleagues had organised a series of events, including film shows and discussions, to coincide with the St Patrick’s Day period to raise local awareness of issues in Ireland.
On Saturday, Bologna was the venue for a major conference, on the theme ‘A Social Party’, hosted by the PRC and addressed by their general secretary, Paolo Ferrero.
Seán Oliver’s presentation provided an update on the political process in Ireland and recent events in the North but also outlined the many community projects and social economy schemes now in existence, with Irish republicans heavily involved in many of these.

ACTIVE PARTY
The PRC are currently analysing and redefining their own role among the crowded field of left Italian political groups. Their discussions are focusing on proposals to become a wider, and more active, social movement as well as a political party.
As Paolo Ferrero said in his concluding remarks, it is fine to have the correct ideological position but it needs a party of activism, not a few ideological thinkers, to make it relevant to the ordinary people, particularly in this time of economic collapse.
An Phoblacht
44 Parnell Sq.
Dublin 1
Ireland