50 years of the Cuban Revolution 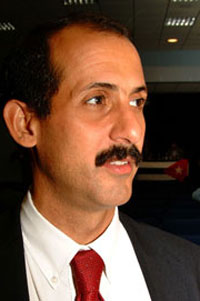 2009 marks the 50th anniversary of the Cuban Revolution. Half a century is really a short time in history but for the Cuban people this time has been an intensive period of changes that have transformed our nation. From the status of a neo-colonial and undeveloped state, the social changes carried out by the revolutionary government during these 50 years have transformed Cuba into a truly independent nation.
Cuban people have undoubtedly suffered heavily because of US policies that aim to isolate the country internationally, including its criminal support of terrorist attacks on Cuba and its decades-long blockade. Still, an extraordinarily resilient and courageous society not only survives but also has the figures to prove it.
Social standards in Cuba are favourable compared with most developed countries. The average life expectancy for Cubans is 77.08 years; the infant mortality rate drops to 5.1 per 1,000 live births, with a population of 11m citizens; Cuba has 47 universities and a total university enrolment of approximately 112,000 students; more than 33,000 Cuban doctors and paramedical personnel work in countries of the Third World as a solidarity contribution to those nations.

GOODWILL
We are very proud of and grateful for the solidarity received by Cuba from many countries, social organisations and people of goodwill all over the world. This solidarity helps our country to break down the attempts of US imperialism to isolate us. Sinn Féin and its members have made an important contribution to this.
From the pages of this paper, I would like, on behalf of the Cuban people to express my most sincere gratitude to Sinn Féin members and leaders for their commitments in supporting our revolution.

SINN FÉIN members and supporters have been visiting Cuba for many years now as part of a political exchange organised through comhairlí ceantair and cumainn.
Based in Havana, they travel around to different institutions and community projects, visiting hospitals, schools and local communities. Part of the tour involves taking in the island’s beautiful landscape and some of the best beaches in the Caribbean are in Cuba.
An important part of the visit is to the H-Block Hunger Strike monument in Havana.
The objective of the political tours is for Sinn Féin members and supporters to see Cuba from the inside, look at the achievements of the Cuban Revolution, and how we in Ireland can learn from them.
It is also hoped that when a group returns to Ireland, people use their experience by participating in solidarity activities with Cuba. Two recent hurricanes caused an estimated 8bn dollars of damage and this sort of emergency makes practical solidarity a serious and urgent necessity.

• HAVANA: Sinn Féin members and supporters at the H-Block memorial