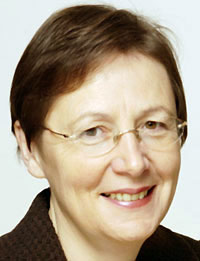 THE EU officially lifted its sanctions on Cuba on Monday. The measure was a largely symbolic step as EU sanctions have been suspended since 2005.
The decision was taken by EU foreign ministers at a meeting last Thursday, 19 June, but received formal endorsement at a meeting of European agriculture ministers in Luxembourg.
Sinn Féin MEP Bairbre de Brún welcomed the move, saying it “makes sense”.
“It is now time to start repairing the international relations between both areas as a matter of urgency.
“Sinn Féin has built up links with Cuba and believes this announcement can give added momentum and opportunities for the country.
“The Spanish Government, which was among the European countries that pushed hardest for ending EU sanctions against Cuba, also hopes to see a change in policy from the next US president.
“The EU Council decision marks an important step in international relations with Cuba in the time ahead.”
An Phoblacht
44 Parnell Sq.
Dublin 1
Ireland