Demand for government to outline economic strategy as recession bites 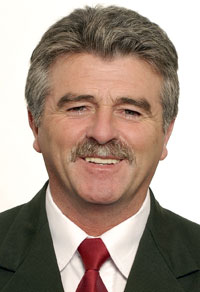 The latest economic quarterly report from the Economic and Social Research Institute confirmed what Irish workers and households have known for some time – the whole Irish economy is in recession. Worse still, as the first negative GNP figures since 1983 loom, it is clear that we face not just falling demand but rising inflation, and so families face a double whammy of rising unemployment and higher prices for food, fuel and mortgages.
The ESRI report predicts that after nearly two decades of continuous economic growth the economy will be marginally smaller (0.4%) in 2008 than it was last year. Unemployment will rise by 60,000 people, while consumer spending will grow by just 1% this year.
For months now the households in the economy have coped with rising interest rates, fuel and energy prices by spending less, trying to pay off debts. Then as the housing bubble finally deflates the tens of thousands of jobs dependent on serving it have come under pressure.
Overtime, once a given for nearly a decade has dried up and disposable income is falling. Less new houses means not just a fall off in the building sector but less kitchens, less new appliances, less decorating and new furniture. Such recessions have a spiral of knock-on effects and the hype of the tiger spending is drying up.
One of the more worrying aspects of the economic downturn, is that the Fianna Fail/ Green Party spending strategy was built on a belief that the years of plenty would continue and now the government is moving from a tax surplus of €5.2 billion in 2006 to a deficit of €7.4 billion in 2009.
The coalition cannot meet their day-to-day spending commitments, so watch for less new schools, teachers, nurses, social housing projects, and cutbacks in poverty and social inclusion initiatives.
Commenting on the ESRI report Sinn Féin’s spokesperson on Economic Affairs, Louth TD, Arthur Morgan asked “Could the worst effects of what we are now experiencing have been avoided?”
Morgan said that, “The economy was dramatically over-dependent on construction and economic growth was being driven by domestic demand rather than by trade and exports”.
Highlighting the lack of public confidence in the ability of the coalition government to act on this economic crisis, Morgan called for the government to “outline its economic strategy” and include “the continued funding of infrastructure projects that will help competitiveness” like broadband roll out, public transport schemes, social housing projects, renewable energy initiatives and R&D investment, while also calling for urgent action on “training and up-skilling” of workers.