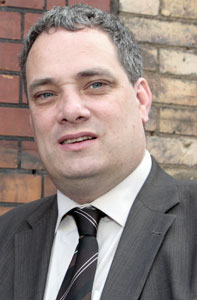 SINN FÉIN Justice Spokesperson Aengus Ó Snodaigh TD has sought a meeting with the Garda Superintendent at Crumlin Garda Station to discuss the escalating feud in Dublin’s Inner City which resulted in a number of shootings this week.
Speaking to the media at Leinster House on Wednesday Ó Snodaigh said, “I have been, for a long time now, demanding that a special Garda Task Force be established to deal with the feud between rival Crumlin and Drimnagh gangs. Had priority and adequate resources been allocated to tackling this feud lives could have been saved and drug dealers taken off the streets.
“It is of huge concern that innocent relatives of gang members are now being considered fair game by rival gangs. These ruthless gangs need to be put out of business before any more lives are lost and the Gardaí need to be given the resources to do so.
“Gardaí, fully trained to fight crime but currently working on administrative duties, must be freed up to fight the gangs currently engaged in a campaign of terror on our streets.
“Every citizen must have the right to live without fear of violence in their community yet whole neighbourhoods are living in fear of these gangs. It cannot be allowed to continue. Every resource available to the Gardaí must be put into the fight against serious drug and gun crime.”
An Phoblacht
44 Parnell Sq.
Dublin 1
Ireland