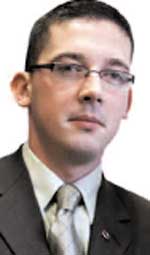 SINN FÉIN’S East Belfast representative Niall Ó Donnghaile and Dawn Purvis of the Progressive Unionist Party (PUP) met the PSNI at Stormont on Tuesday to discuss the anti-social and anti-community behaviour at the junction of Mountpottinger Road and Castlereagh Street in East Belfast on Sunday 27 and Monday 28 April.
Further trouble over the weekend was halted, by the intervention of the Belfast Conflict Resolution Consortium (BCRC), who cleared the areas on both sides of the interface, in conjunction with the PSNI.
Speaking following the meeting with the PSNI at Stormont, Niall Ó Donnghaile said:
“Myself and Dawn Purvis have been proactive and have met the representatives of East Belfast PSNI today in Stormont.
“We conveyed to the PSNI that there must be a measured response and a common sense approach to this violence and there must be continued communication between community leaders and the PSNI on this issue.”
An Phoblacht
44 Parnell Sq.
Dublin 1
Ireland