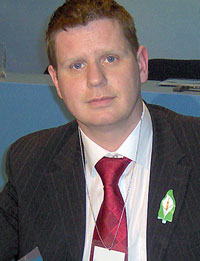 Dysfunction in cancer services has been exposed by further reports on diagnostic services and by news that a review of some cases is to be undertaken in the North East region. On Tuesday local HSE sources confirmed to Sinn Féin Louth County Councillor Tomás Sharkey that the review of cancer tests on patients in the Louth/Meath group of hospitals is confined to the radiology department and the numbers affected are expected to be in single figures.
Councillor Sharkey said:
“Following ambiguous statements by the HSE as to the scale of the scandal local HSE sources this morning confirmed to me that the issue is confined to the radiology department and that the numbers affected are expected to be in single figures. Importantly the HSE committed to contacting individuals and families affected within the next twenty four hours. They also confirmed with me that the misdiagnosis took place within the lifetime of the HSE.”
Commenting on news that the HSE is to carry out a review, Cavan-Monaghan Deputy Caoimhghín Ó Caoláin said patients’ right to know was the priority and they were entitled to “absolute clarity”, Deputy Ó Caoláin said:
“Huge concern was raised by a report in the Sunday Tribune that claimed the HSE in the North East was considering a review of radiology services, possibly involving the rechecking of thousands of scans for cancer. Given the appalling experience of women in the Midlands, this is a major worry to people in the North East who have had such scans. Concerns were expressed directly to me.
“On Monday the HSE issued a statement indicating that a limited review is under way. The HSE did not state exactly what type of tests are involved. It was not clear if the HSE had contacted patients who may or may not be affected by this. We need clarity on that issue and I concur with the HSE when it states that the requirement to inform patients and their families must take precedence over all other considerations.
“There must be no repeat of the mismanagement and lack of information which surrounded the Midlands cancer screening scandal. Inadequate resources and facilities for oncology in the North East have been repeatedly highlighted by front-line staff. Cancer services in this region need to be enhanced significantly.”
Further concerns about cancer services in the 26 Counties have been raised by the reports on Barrington’s hospital in Limerick and on the treatment of cancer misdiagnosis victim Rebecca O’Malley. She had to have a mastectomy in 2006, a year after she was given the all-clear by Cork University Hospital. The Health Information Quality Authority has found that there were “serious issues” with the way the Health Service Executive and the hospitals responded to Rebecca O’Malley’s concerns. “Rebecca O’Malley’s concerns about the accuracy of her original diagnosis was hampered by there being no effective system-wide approach initiated involving both clinical and managerial staff and no single nominated lead to manage the response,” it said.