North's ministers asked to give lifeline to post offices 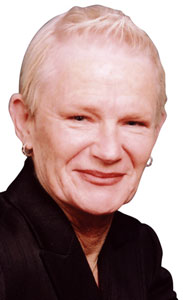 MINISTERS in the North’s Executive have been urged by Sinn Féin West Tyrone Assembly member Claire McGill to see which of their departments’ services can be delivered locally through post offices to help them survive as ‘one-stop shops’.
The West Tyrone MLA’s action comes in the wake of an announcement by the Post Office that it intends to axe 42 post offices across the Six Counties and “overhaul” another 54.
The West Tyrone MLA has submitted a written question in the Assembly for an urgent response to her appeal. Claire McGill said:
“It is crucial that the Assembly and Executive examine the potential of services offered by the departments being delivered through local post offices to ensure their viability and sustainability.”
She said that she is mindful that the proposed closures in the Six Counties are part of a British Treasury savings drive which aims to close another 2,400 post offices in Britain.
“As such, we will be fighting an uphill battle to thwart the designs of British central government. However, I believe that if there is a collective willingness among ministers to introduce measures which would provide a lifeline for our post offices which are under threat then it will be more difficult for the Post Office to justify the scale of closures which are currently being proposed.”
Meanwhile, Omagh Sinn Féin Councillor Seán Begley says that if the Post Office proposals to close 21 branches in Tyrone are allowed to proceed, the social and economic consequences for rural communities would just be as serious as the threat posed by the attempted imposition of Rural Planning Policy PPS 14 by the direct rule administration.
“Tyrone has borne the disproportionate brunt of these proposals with 21 branches out of the 96 earmarked for closure within the county. Our rural post offices provide a key social hub, not least for older people, and if this vital community resource is lost it will have devastating consequences, particularly in terms of increasing rural isolation.
“Faced with these threatened closures, it is vital for local elected representatives and stakeholders in local rural communities to fight their own corner in an attempt to retain their local post office branch. However, a collective approach by everyone is just as important in fighting these proposals.
“If the consultation into these proposals is to be ‘meaningful’, as is claimed, then the Post Office must be made to consider imaginative solutions whereby post office services would be amalgamated with other local services in ‘one-stop shop’ facilities throughout our rural communities.”
An Phoblacht
44 Parnell Sq.
Dublin 1
Ireland