The Brian Keenan interview: From civil rights to armed struggle 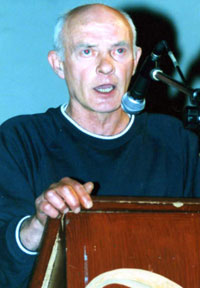 BRIAN KEENAN joined the IRA in 1968. In the intervening 40 years he became one of the IRA’s foremost strategists and a thorn in the side of British imperialism. Tony Blair’s Chief of Staff at 10 Downing Street during the war years described Brian Keenan as “the single biggest threat to the British state”.
Brian spoke to JIM GIBNEY for the first time publicly about his life as a husband and father of six children, as an IRA activist, his years in jails in England and the influences that shaped his early life.
This is the second instalment of a three-part feature in which Brian Keenan tells us, in his own words, about how resistance developed from agitation for civil rights to armed struggle.