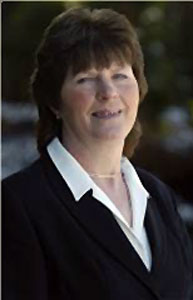 An honour to call her comrade

KATHLEEN GLAVEY, from Dunmore, County Galway, is the Le Chéile honouree for Connacht. Kathleen’s political work has been central to the reinvigoration of the Republican Movement in her native county and her outstanding contribution to the struggle is clearly acknowledged by those around her, people who say, “It’s an honour to call her comrade.”
Kathleen is married to Tom and they have four children: Tomas (33), who works abroad as a property surveyor; Russell (30), a science lecturer; Siobhan (23), studying medicine; and Trevor (17), who lives at home, going to school locally. The Glaveys run a sheep and cattle farm in Dunblaney, outside of Dun Mor, North Galway.
Kathleen lived and worked all her life in Galway, studying for three years at the Technical College in Dun Mor, after which she became a seamstress. She is an Irish-language enthusiast and excelled at camogie at school. She enjoys the music and céilidhs of North Galway and enjoyed going to the dances.
In 2002, at a time when Sinn Féin began strengthening political structures in the 26 Counties, a cumann was formed in Tuam and Kathleen and her husband were central to its formation and to the development of party structures in the area.
Daithí Mac an Bhaird, a student at the National University of Ireland at Galway, and living in the constituency of Gaillimh Thoir, came forward as the Sinn Féin candidate for the general election that year. Through canvassing with Daithí and bringing the Sinn Féin message to all parts of rural North Galway, the Glaveys opened doors for Sinn Féin that had been closed for generations. That election saw the Sinn Féin vote register a creditable share of 3.70 per cent of the overall vote.
Kathleen put herself wholeheartedly into the election strategy and development of political structures for the west of Ireland. At local level she was elected vice-chair of the Tuam Martyrs Cumann and began the work of building a political profile for Sinn Féin in the town of Tuam.
Kathleen Glavey has also been instrumental in the revival of republican commemorations in the town to honour six IRA Volunteers executed there during the Civil War*. At the time when Kathleen became involved with the party, the monument and site of those executions had fallen into a disgraceful state of disrepair. It was on Galway County Council property and within a council housing estate. The council built the estate on the site of the Old Tuam Workhouse but soon lost any interest in the area. Through the work of the local Sinn Féin cumann, the monument and surrounding area has recently been transformed from a derelict site in 2004 to a state-of-the-art playground that serves the community today. This is proof that the early contributions that come from republican activists like Kathleen will often be the first steps that are needed to blaze a trail to success.
Kathleen's character and commitment followed through when the local and European elections of 2004 were called. Kathleen again stood up to be counted and contested the Galway County Council seat for the Tuam district of the Galway East constituency. This is an area where party loyalties are routinely exercised to reinstate people to office, regardless of how ineffectively those elected individuals may perform.
Through hours of campaigning in places that had not been canvassed by anyone in years she was able to bring an alternative view to a traditionalist populace. Kathleen brought a breath of fresh air to local politics. She put across issues while on the canvass that most politicians at the time were overlooking during the campaign: issues like bureaucracy and red tape in farming, closures of rural post offices, repatriation of elderly emigrants, rural transport, and the restoration of historical buildings for public use.
She and husband Tom canvassed areas that had not seen republican representation for generations. With a pre-recorded tape of Gerry Adams “alerting wrens and robins from the ditches”, one fellow campaigner said, the Glaveys’ canvass van pulled up at all the parish centres, pubs and pumps that are dotted across North Galway.
“It was a pleasure to canvass with Kathleen as she was instantly out of the van, introducing herself to whoever was about and was well able to relate to the farming communities that make up this constituency,” recalls a fellow activist.  “She knew the local issues and related them seamlessly to Sinn Féin policy. You would think she was reared doing this stuff.”
Kathleen certainly had an edge when it came to the canvass trail. When it was blatantly clear that a voter was not going to give their local vote to Sinn Féin, she switched the focus with ease to the European candidate, Pearse Doherty. There is no doubt that many cautious voters, unwilling at that time to defect from family or local loyalties, were nevertheless impressed with Kathleen’s character. The proof of this can be borne out by the 65,321 votes that Pearse won in the 2004 European election with a considerable amount coming from County Galway.
With much of the connection with republicanism in this part of the island coming from historical reference, it is vital to make republicanism relevant in the 21st Century. Kathleen was among the first in County Galway to recognise this. While revering and protecting our past, she related how many of the issues and principles that make up our history are important today.
A fellow activist says:
“Kathleen exhibits a particular attribute common amongst republicans: the capacity of ordinary people do extraordinary things above and beyond what is expected and to have the courage to attempt what sometimes seems beyond our reach. She has the courage to take the first step while maintaining a level-headed approach to any given challenge.
“We in Connacht are proud to have Kathleen as our honouree. It’s an honour to call her comrade.